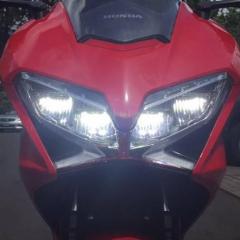 I am perpetually transitioning from MPD (multiple project disorder) to MBD.