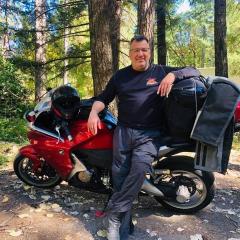 By HispanicSlammer,
December 10, 2007 in Maintenance Questions

What Kind Of Oil Do You Use?

Honda knows their sh*t... thin is in thick is out... If we analyze the actual numbers between 30 and 40 weight at operating temp of 212F we note the difference in viscosity is only 2.6 Cts... thats

That is really kind of my point related to 3k oil changes in general. A huge waste of money and an Excellant Marketing Champaign by the oil Co's. Let's just focus on the Honda VFR here. Honda Engineer