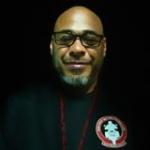 Sunday 03.03 So...there I was....on my return trip from a Biker Event about 1000km from home. About 200km to go I start feeling a very very slight vibration through my handle bars. I stop my music

Still trying to upload the video...we will see how that goes. So the pictures say the story.....for now. Fillings in the sump. Strange because I have only every serviced the bike with genuine Honda

Even if it is out of warranty, I would file a complaint with Honda. You never know. They have reps with policy money and could always get an engine out of the deal because of the low mileage. Or maybe