Akrapovic - Baffle In or Baffle Out? 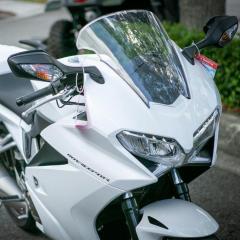