Hi All! First timer on these boards, please be kind as I jump back into building a bike and riding. I joined up because I found a 1992 VFR750F leaning on the side of a friend's garage.  Not the w

Joe @ V4dreams.com has nearly all the information you’ll need about stripping the carbs and much more 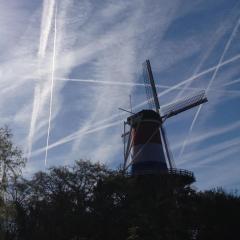 It's gorgeous. You're making a joke about buffing up, but it really can be brought back to life. We can't tell much from the pictures you've posted so far but it should have plenty of potential. Your