The bike came back today.   Complete contrast from last time, the bike is gleaming, the brakes feel like they have just been serviced, the handbrake actually works (never bothered using it b 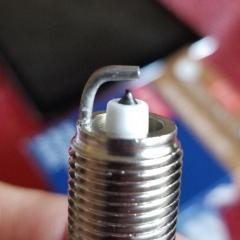 I just want clear assumption I made that you can differentiate b/w normal pattern blinking and error code blinking:

Sure, what code do you have?