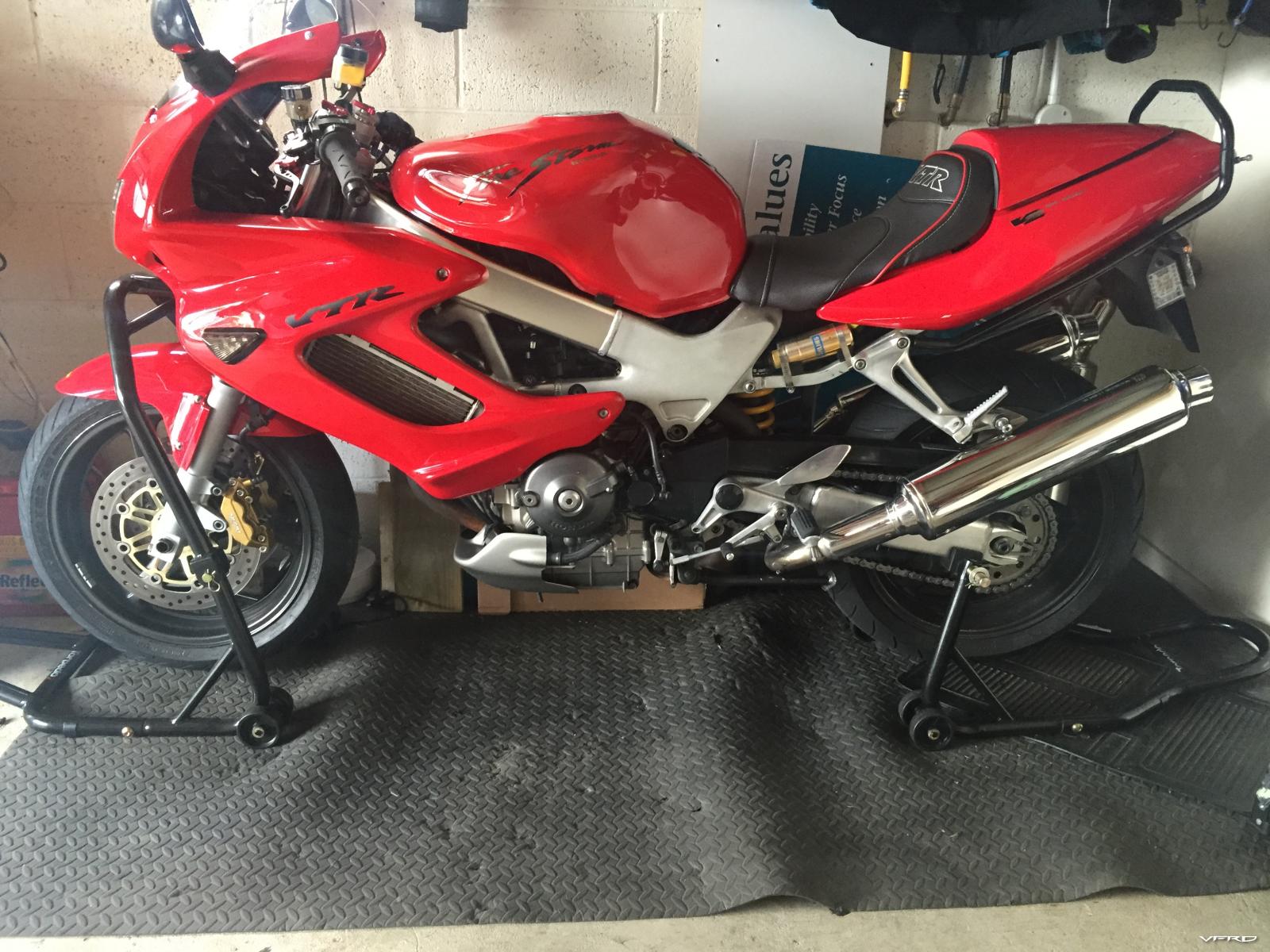 This is the VFR's stablemate, a 1997 VTR that was bought in untidy but sound condition. Now has reworked forks, CBR954 brake callipers, an Ohlins shock, manual CCT's, gutted stock pipes for the proper soundtrack and all LED lighting. Not as comfy as the VFR, but loads of torquey fun to ride.