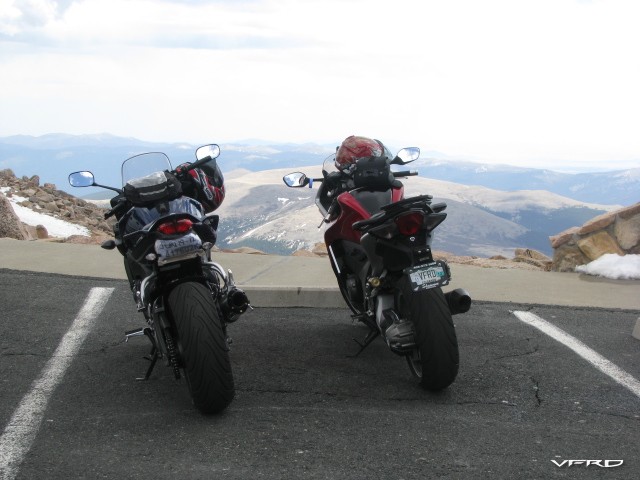 Its been a long while since I rode with bill (Reddog) here in Colorado, usually its an email with two words lets ride and then we are off on some 3 day adventure across New Mexico and Arizona. Ok maybe not that casual but it did happen like that once! We have been riding together for going on 12 years now and wow I can believe all those small kids of his have already graduated high school and moved away? WTF happened to the time? Things move fast if your not paying attention, but one thing has been constant - riding season - we dont always ride together a lot but we always ride right around the beginning of the season and then one big ride for fathersday, I usually drag him on some 12 hour monstrosity to the Black Canyon and its an all day thing. This year we opened up with a ride to the top of Mount Evans a 14,000 foot peak with a paved road to the top of it and matter of fact its the highest paved road in the USA, at least it is billed that way - however Pikes Peak just finished paving that road to the top and it may now be the holder of that title so I dont know it depends. The Mt Evans road stops a bit short to the very top with a walking trail going all the way up another 200 feet up. At that elevation its a lung burner!

Anyway Reddog says he might meet me on the "blue one" huh? Blue one he says? What happened to the 02 vtec - so I show up and hes got a liter bike fz1 with brand new pilot road 3 tires mounted on it and a paper plate indicating its just been bought recently. I am wondering where is the vfr? Dont worry he says he still has it and is not going to get rid of it either! GOOD NEWS hes got multi bike syndrome now! Just like me, except his dirt bikes and now two street bikes out number mine quite a bit!

So off we go and up the road on hwy 67 we take it easy as long as we are in Teller county since he says he was busted a week before by a cop hiding by the painted rocks area and so we take it easy. I am not very fast on this road since its usually full of tar snakes and loose chip seal and the new pavement always has gravel in the corners cause pickup trucks with dually wheels cant seem to keep off the shoulder and always kick up gravel just as you are about to accellerate out of the apex of a good turn! Bam your sliding all over an riding off into a ditch (yup it happened to me 7 year ago on the old girl) SO now I wait till I can see out of the turn first before hitting it too hard up there, ALWAYS ALWAYS has gravel after the apex? 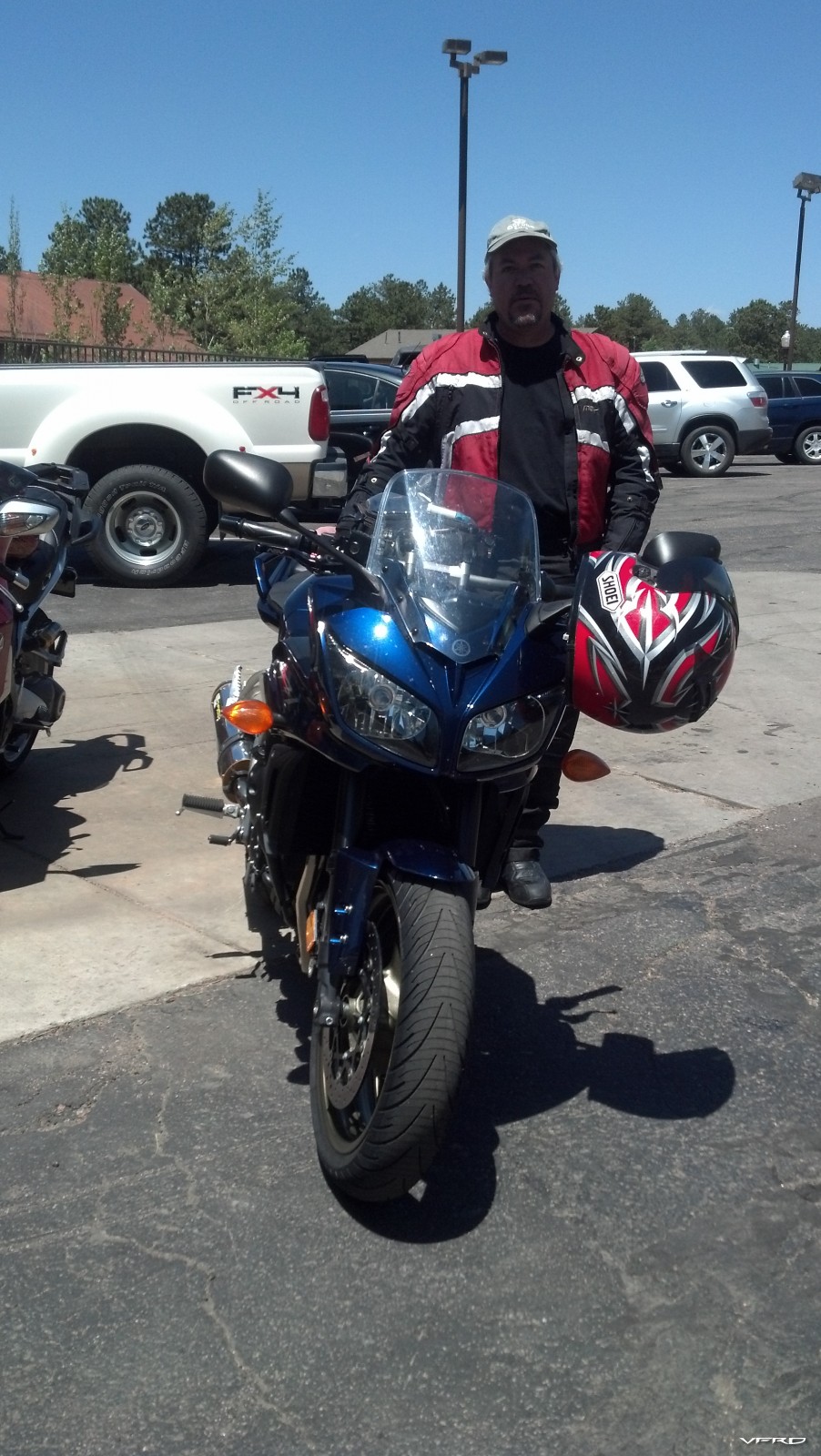 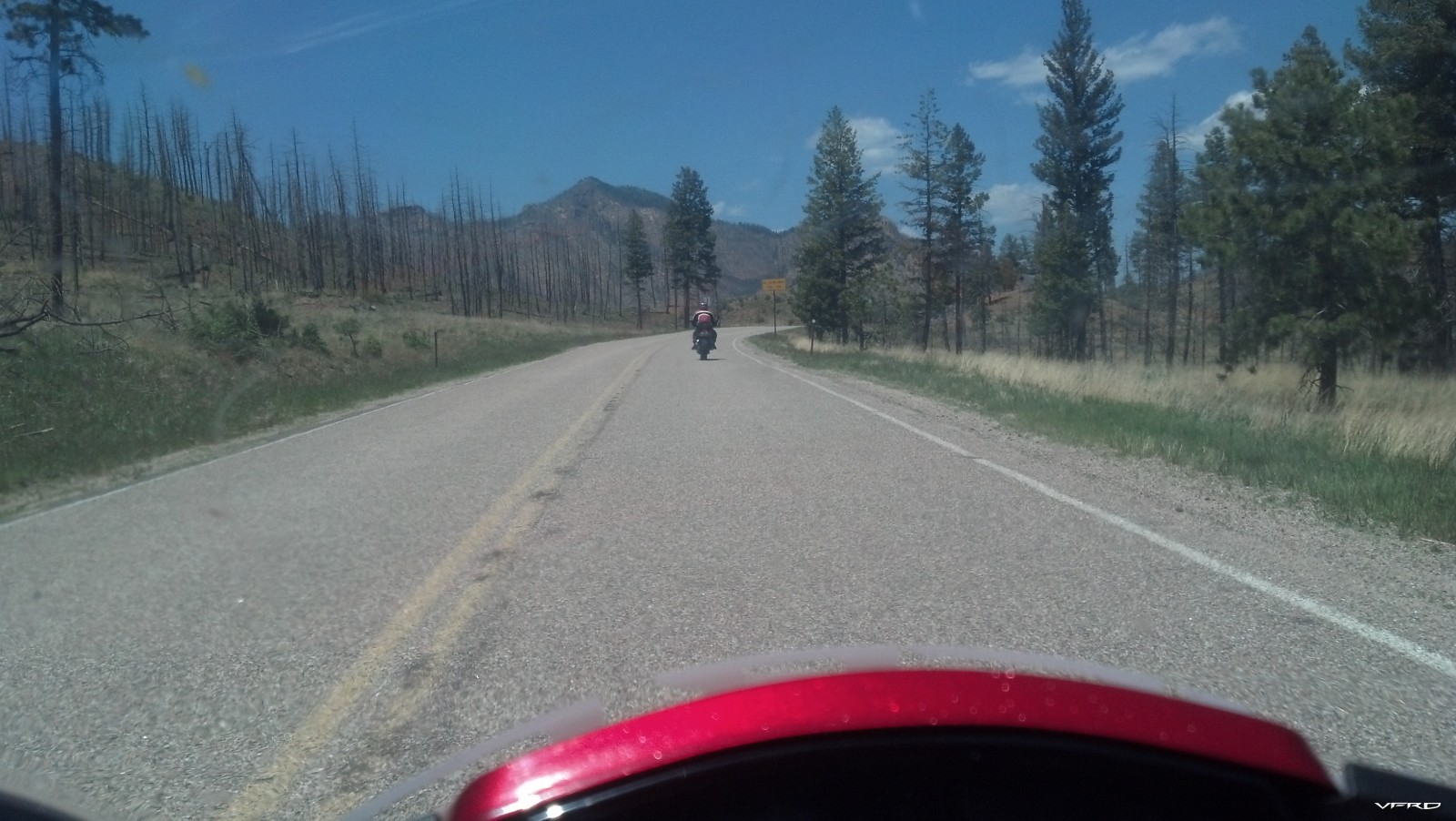 We roll past the stuff I hate and up Horsepower hill and he nails it, and so do and that little thing just walks away from me for a bit till I reel it in, wow it accelerates hard! Turns pretty good, so at the top we trade bikes and I take it down the bowl and down the strait into the town of Pine then up the mountain to Pine Junction into those great tight turns there, and 3 turns in it was like I had been riding it all summer and was hitting the turns hard as I do my own bike! Even faster since this thing is 150lbs lighter then the veefalo! Bill is disappearing in the mirrors like I did when I was behind him? Very easy bike to ride, somewhat small faring but adequate strait up and down seating position like a dirt bike, matter of fact I felt like I was on a short dirt bike! I kept looking to shift after already being in 6th gear though and it was a bit buzzy up top in the 10k rpm range but that is where most of the power was, not much torque down low, well relative to the vfr1200 anyway? So it must be the weight of the bike that lets it just accelerate so good on power roll ons? Or he was just kicking the gears down and then slamming the throttle open, while I was rolling on in 4th? I dont know? I like it, fun bike! Here are some pictures and a couple of videos from the ride 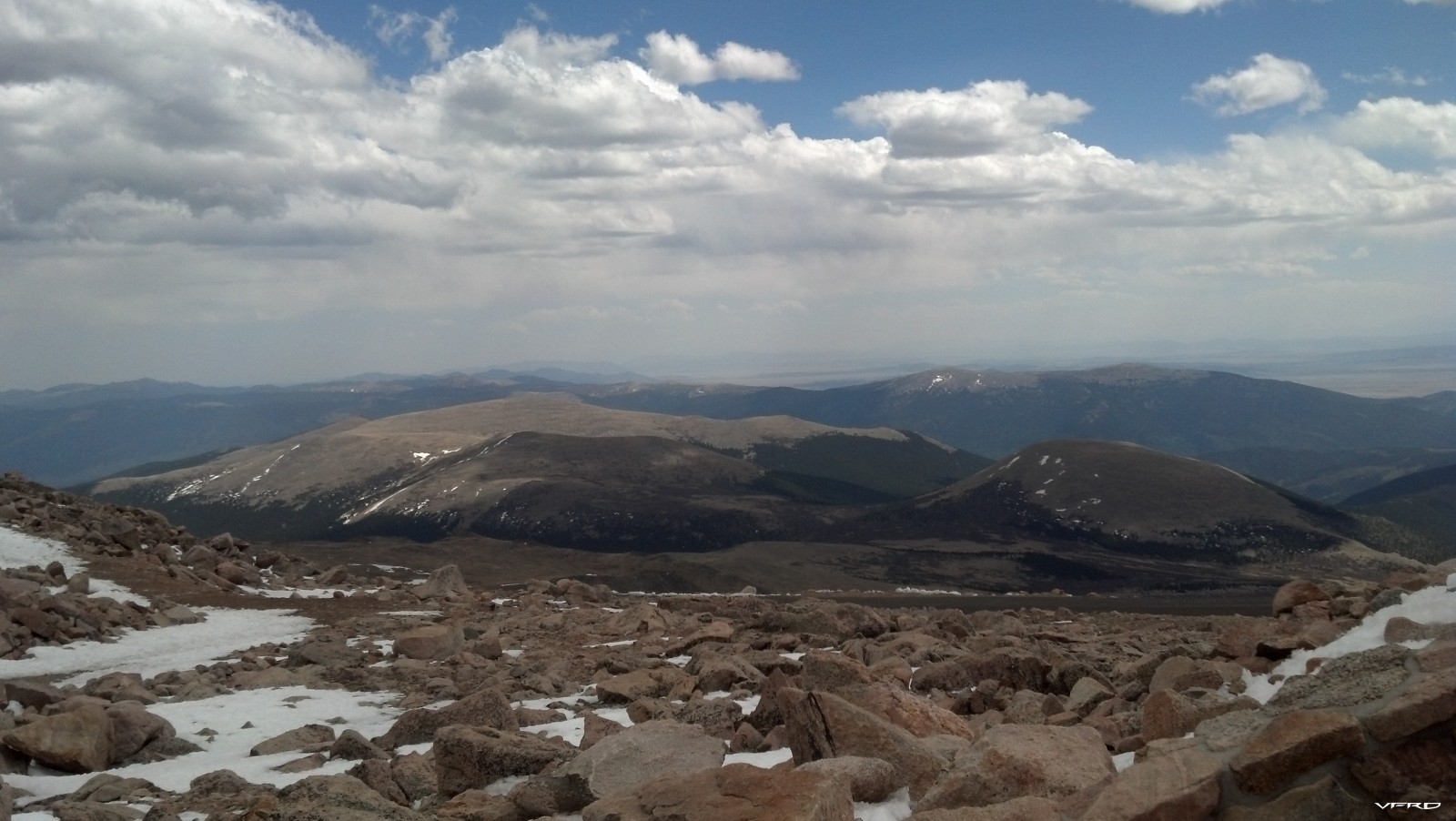 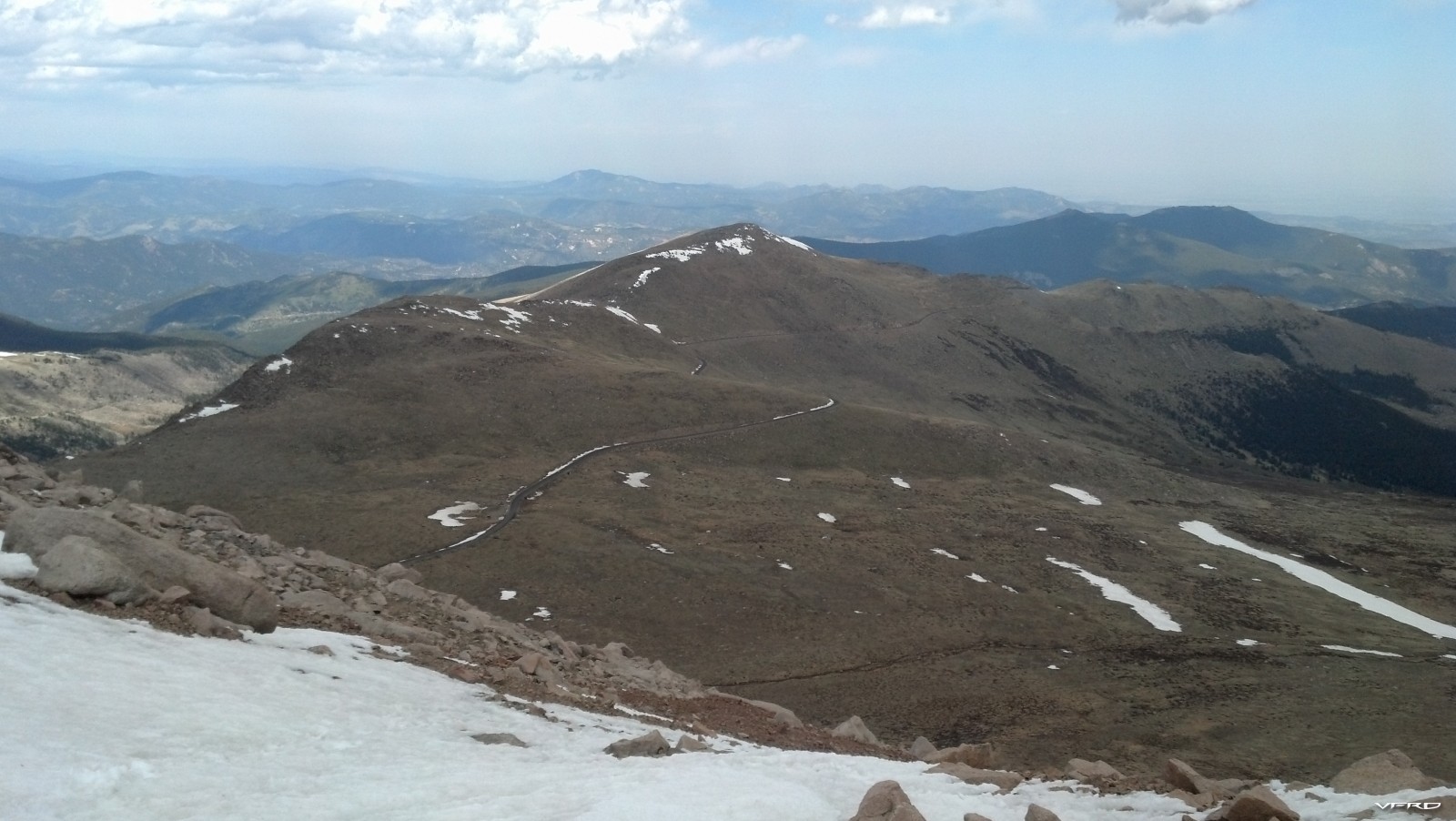 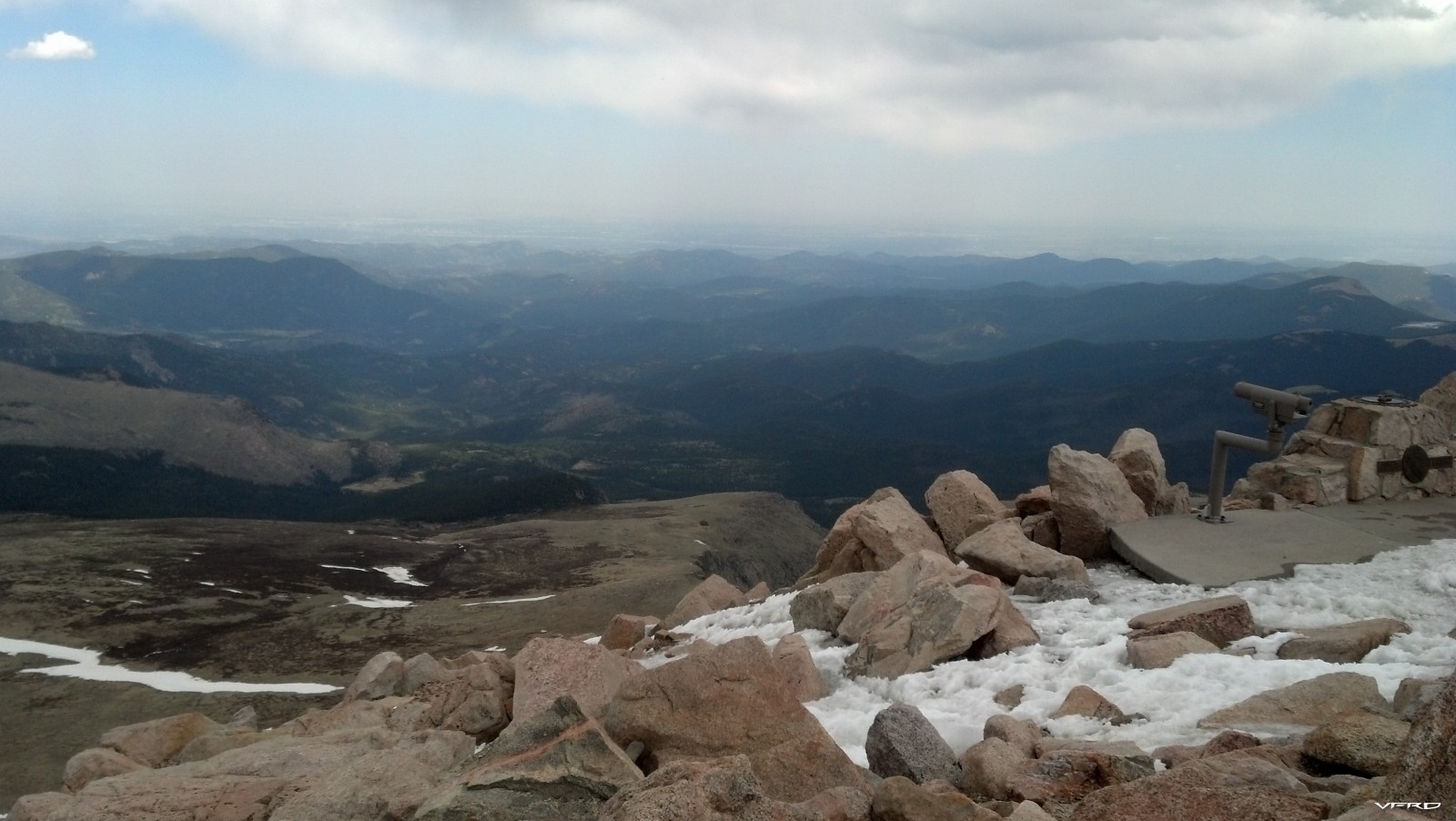 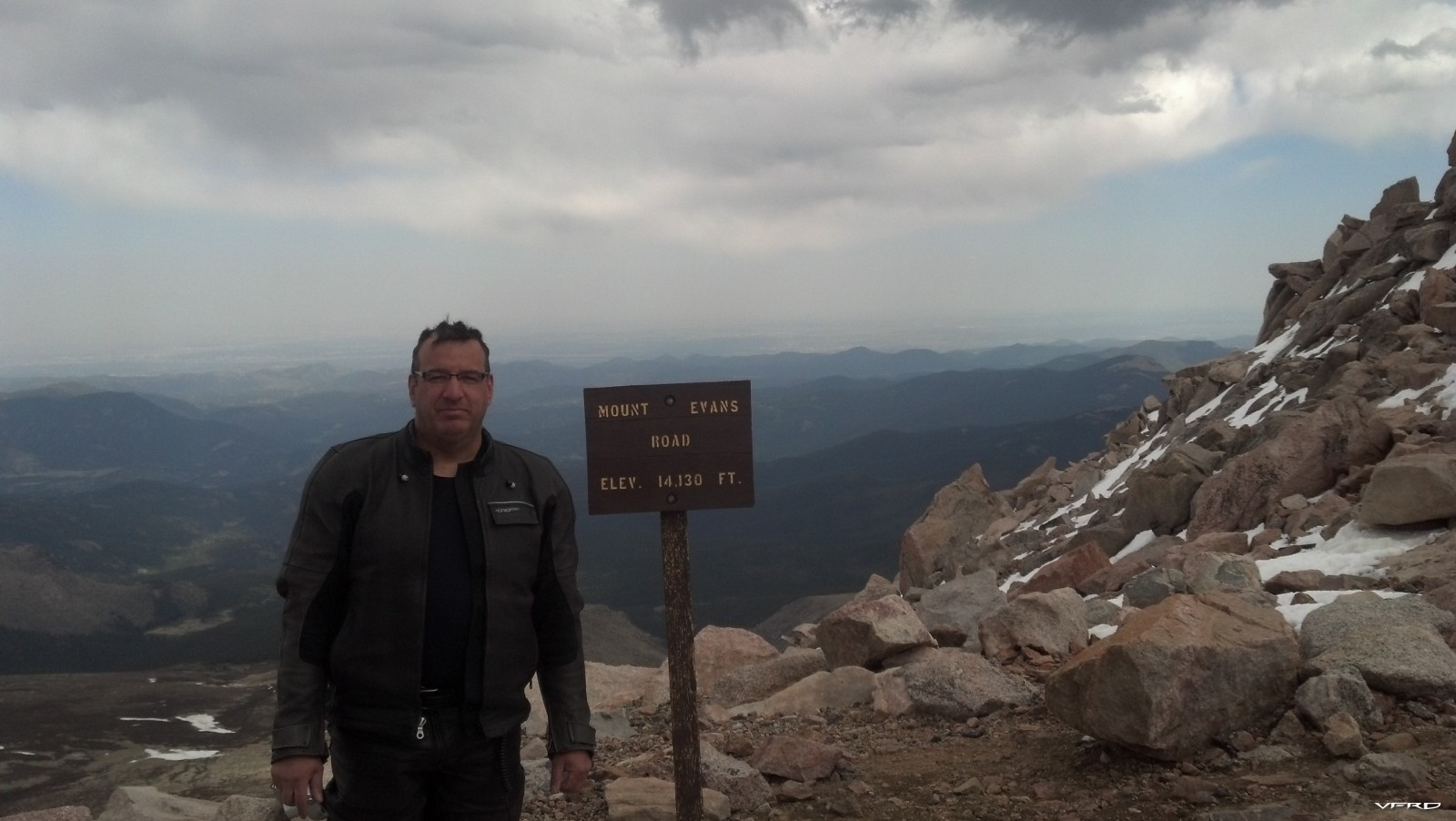 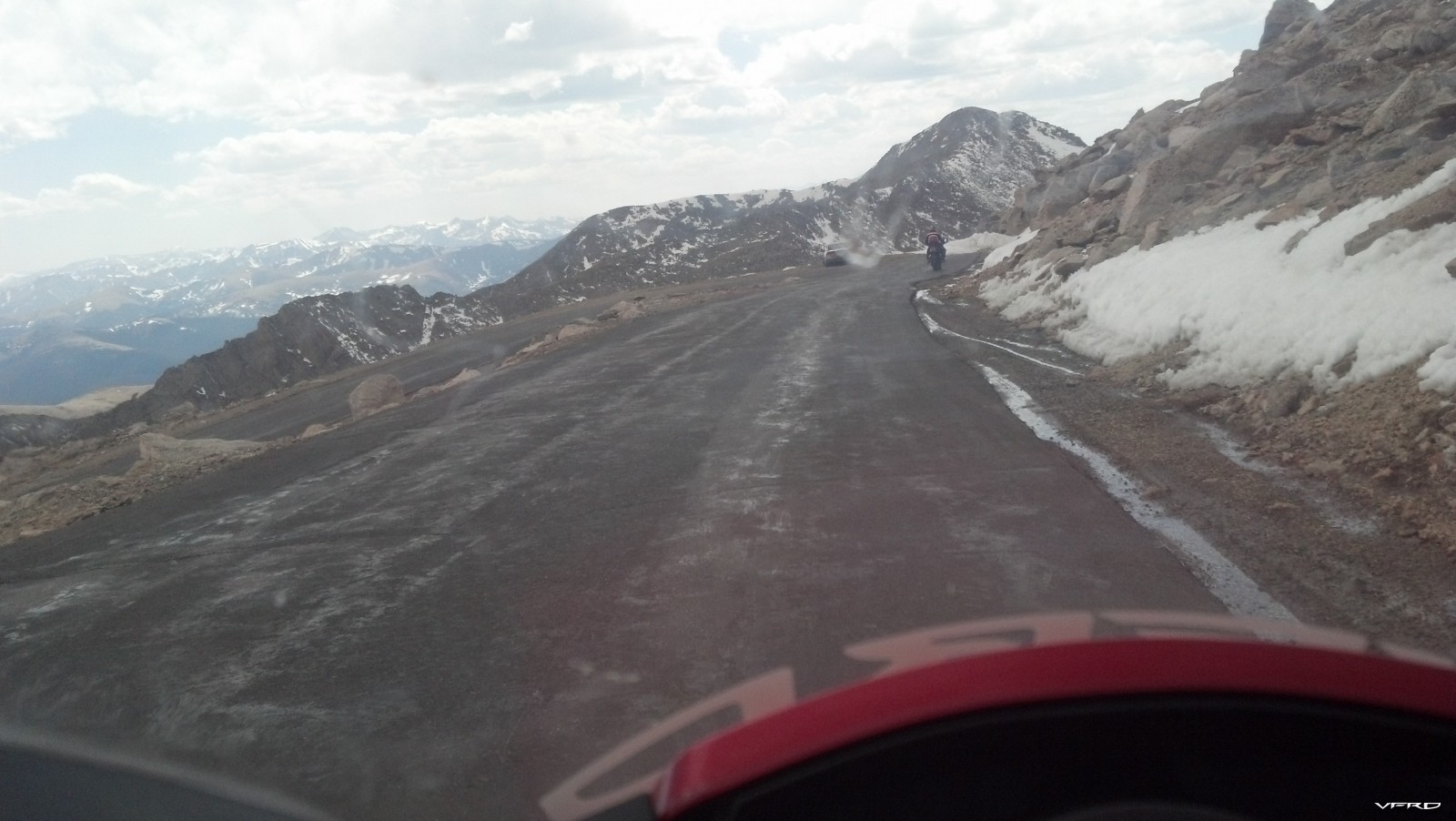 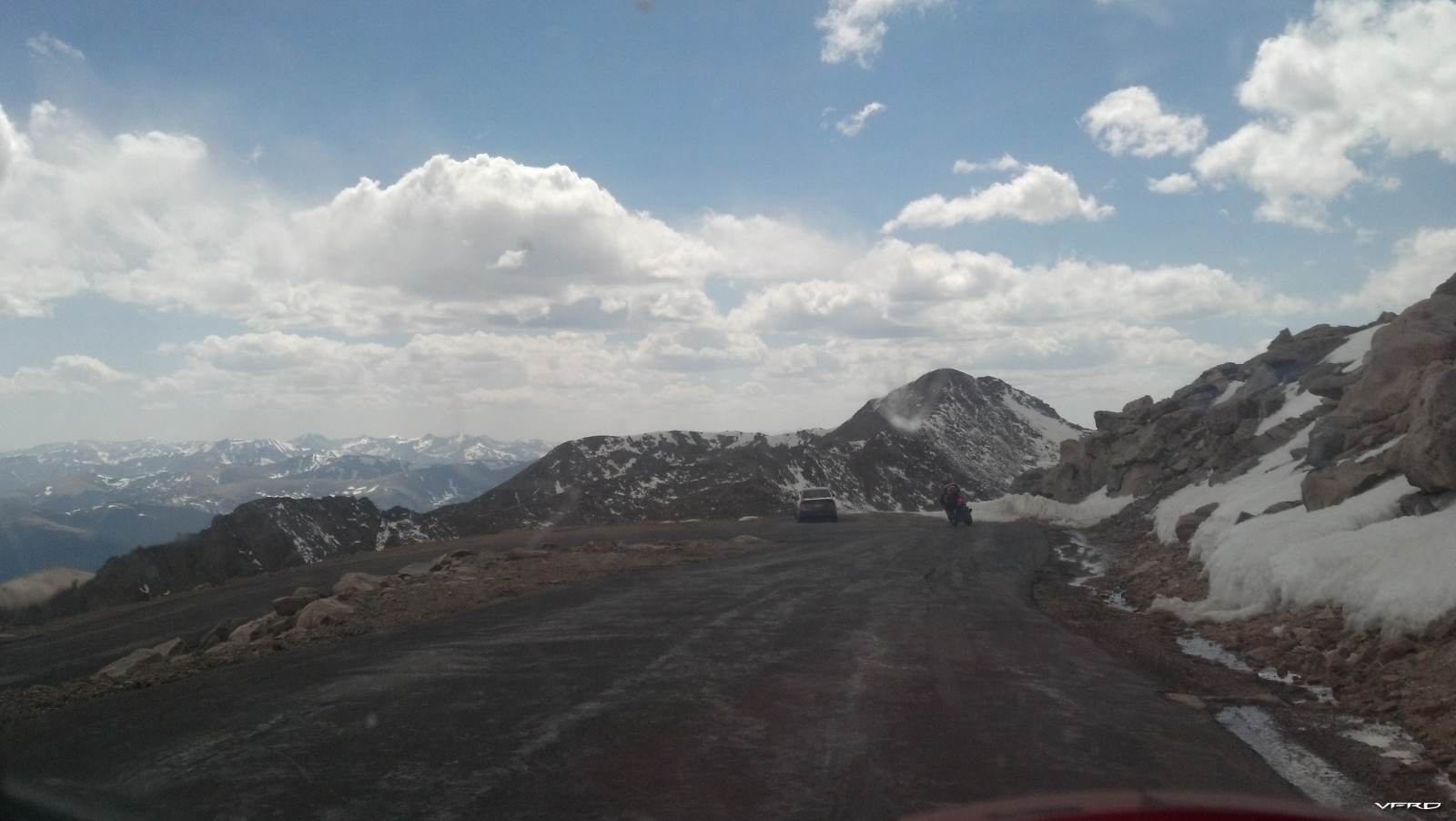 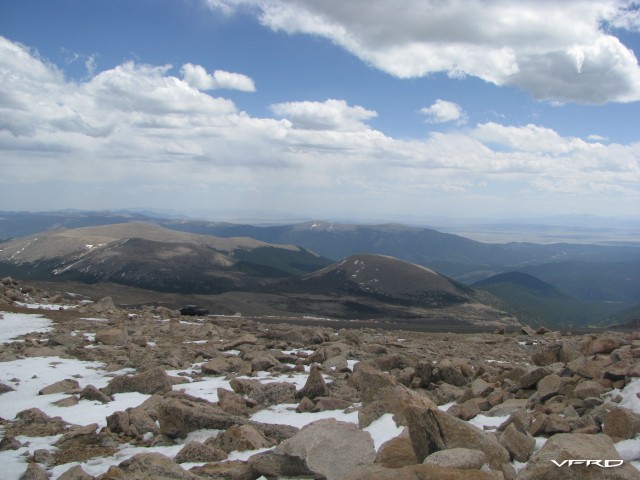 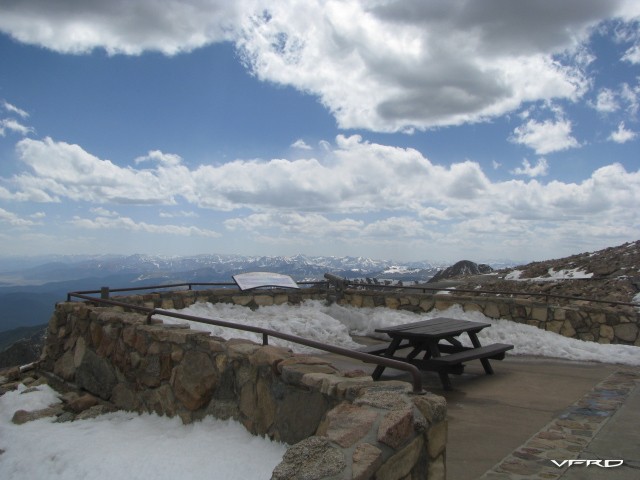 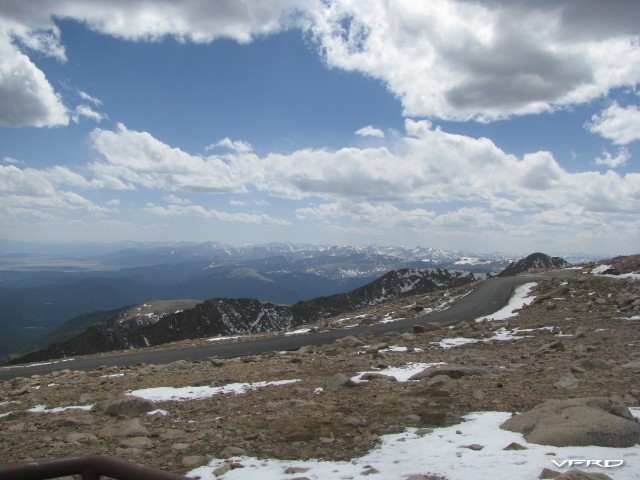 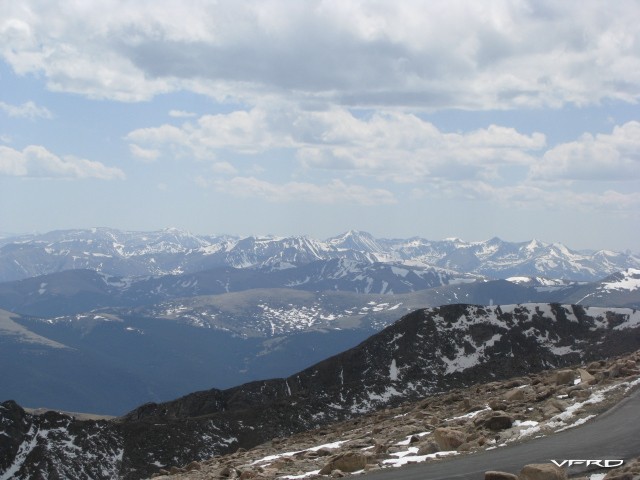 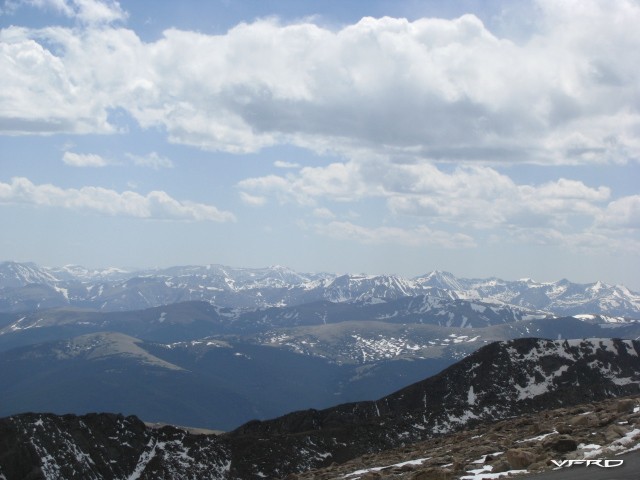 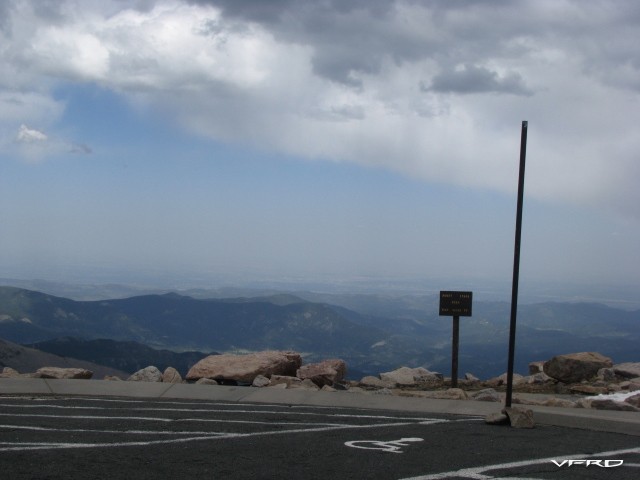 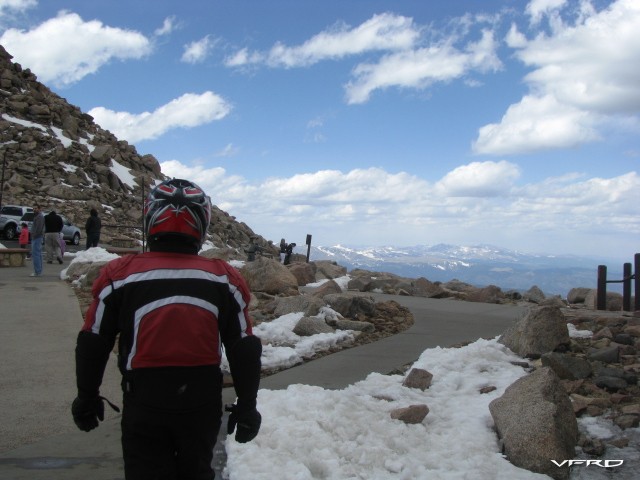 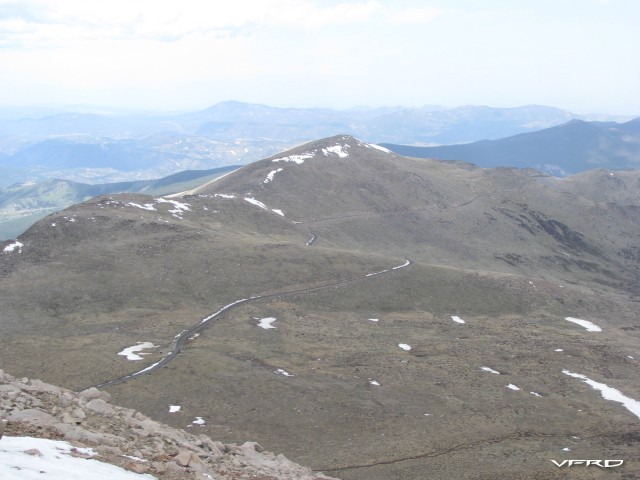 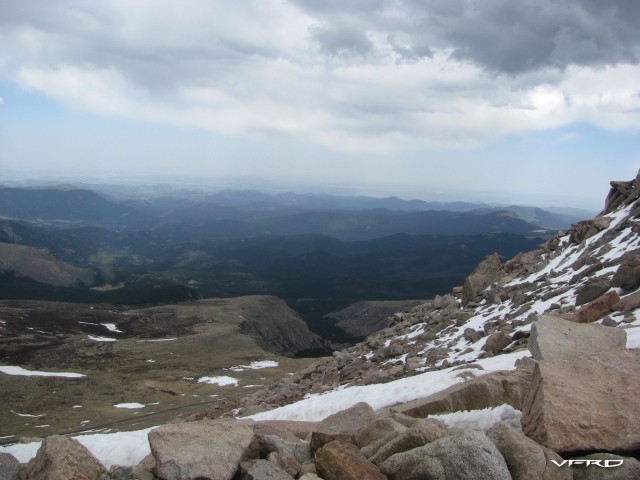 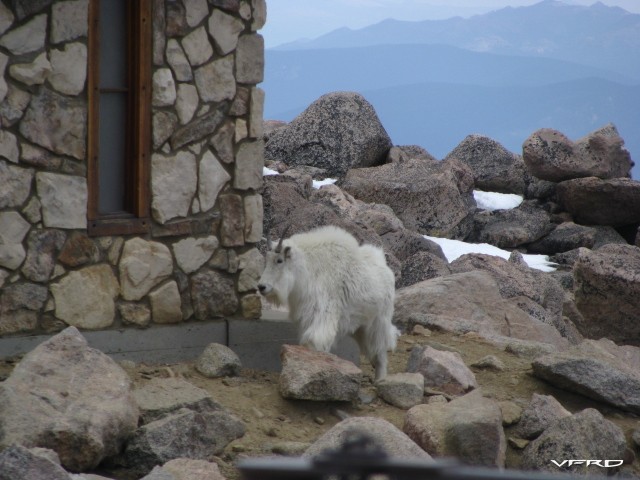 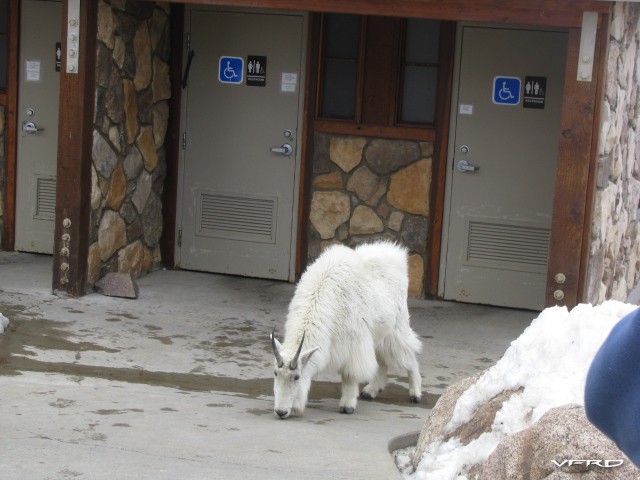 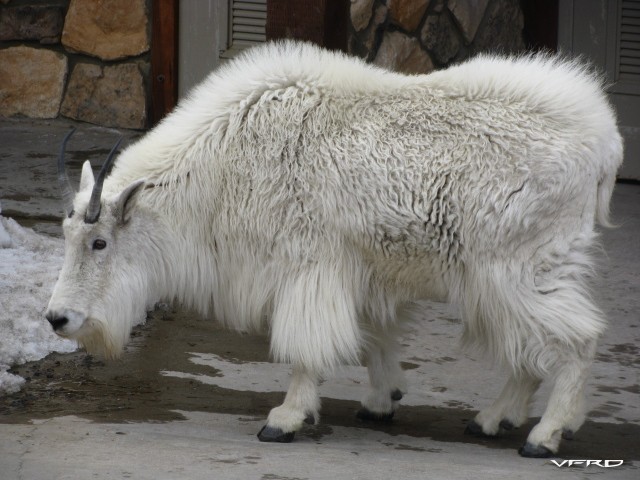 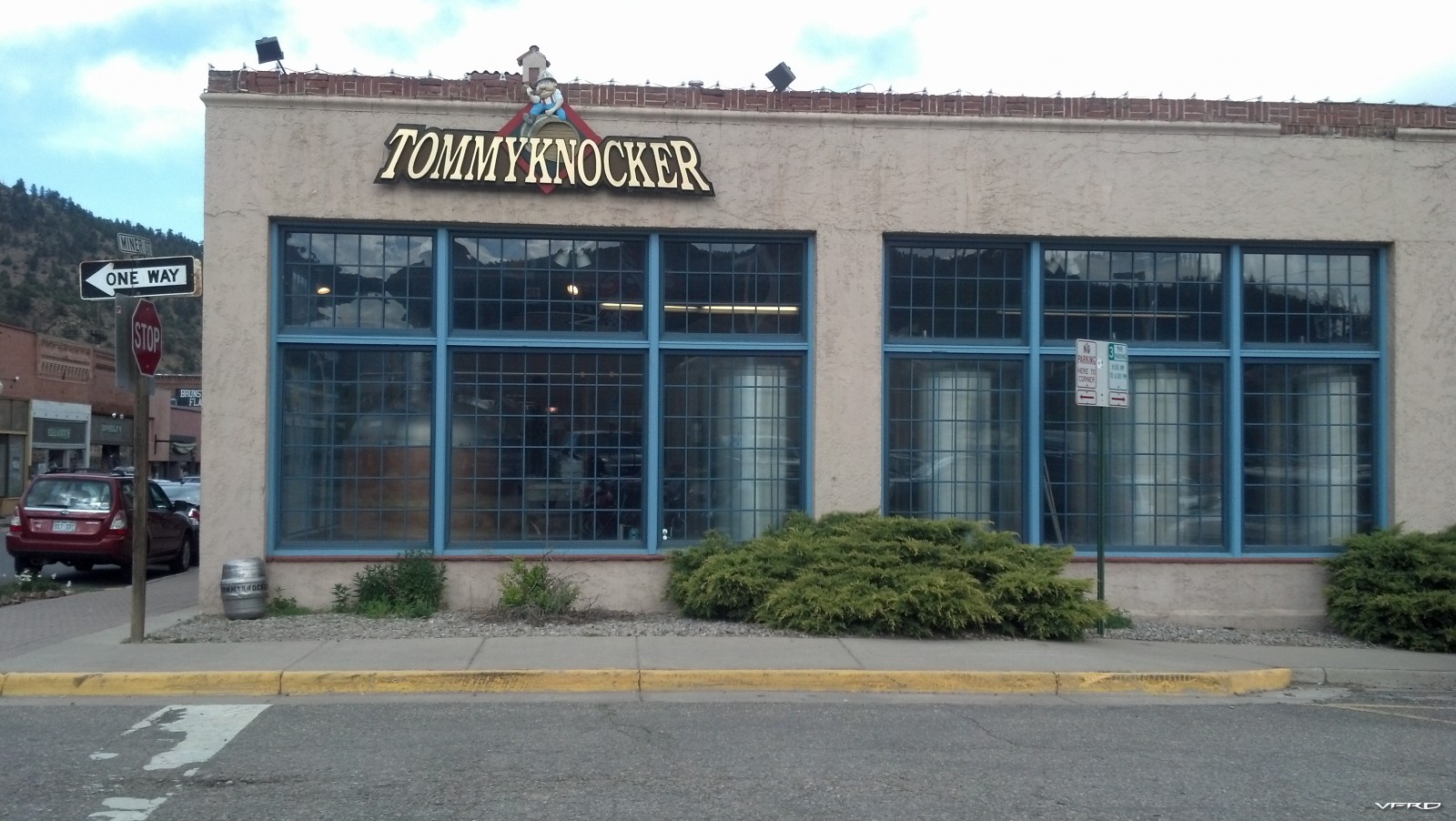 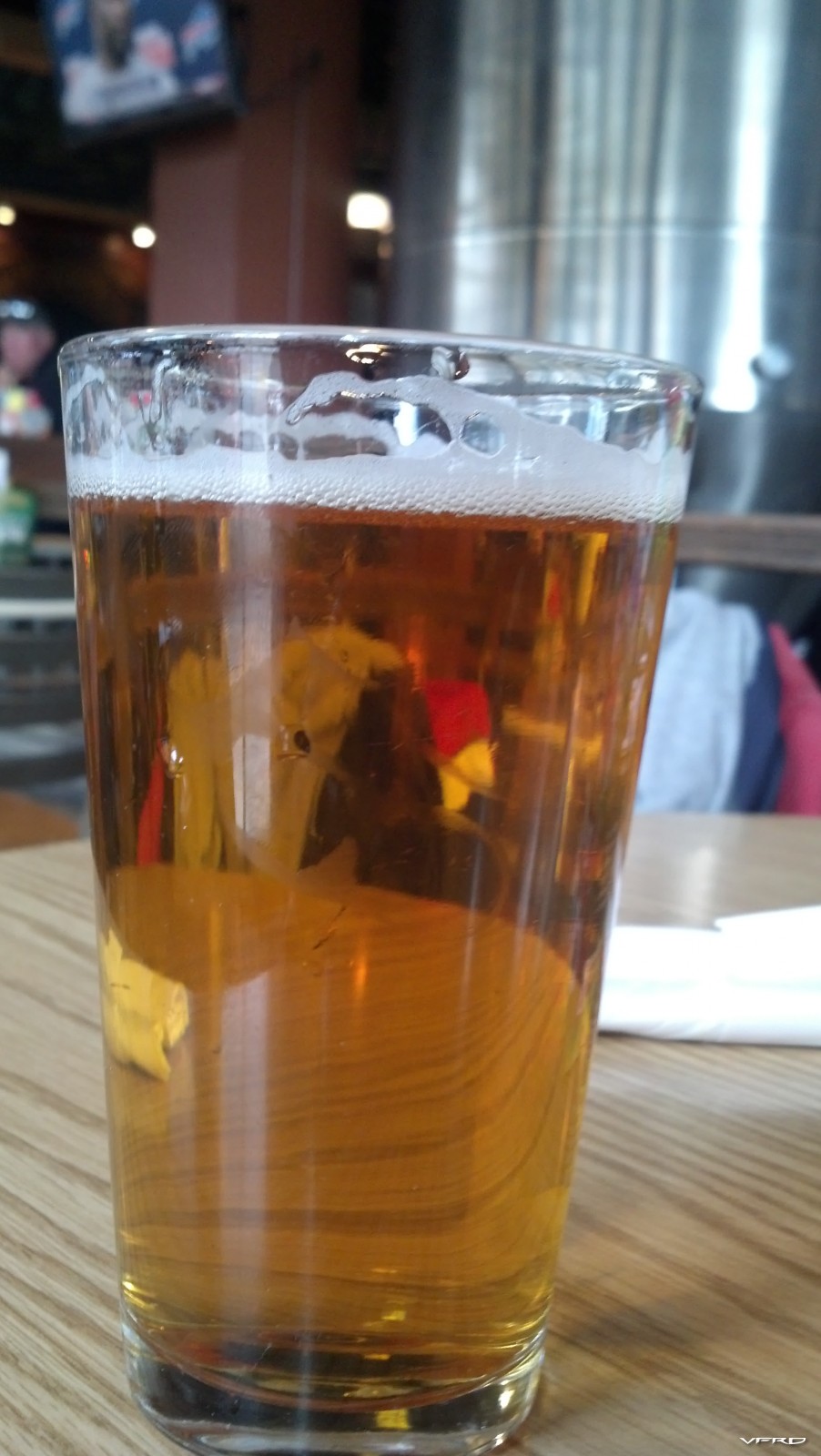