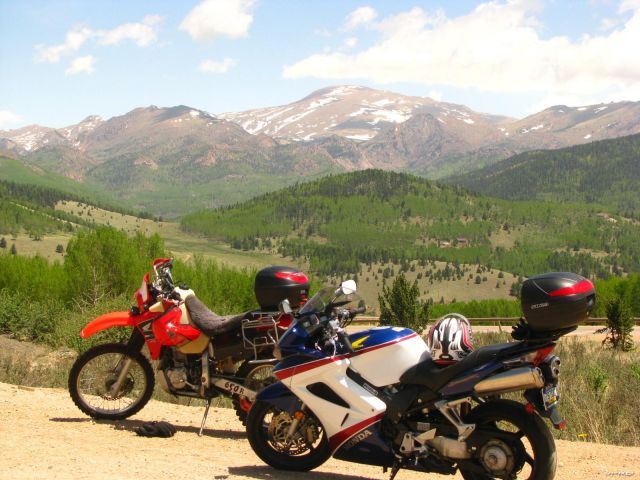 Well I dont know if they are Dutch or not but they are from Pennsylvania for sure, I was minding my own business (making the forum not work as I tried to install my gallery post tool) when I get a pm from CCVFR. From what I have learned most of the orginal settlers of Pennsylvania were actually of German Decent than Dutch and that the phrase "Pennsylvania Dutch" is a misnomer of Duetch meaning German not Dutch.

Hello, my wife and one good friend and I have finally made it to Colorado...CO Springs to be exact. What a beautiful place you have here! I have a small favor to ask would you be willing to share a favorite route....not too long... twisties good, and scenic of course. We will be staying at least through Weds the 9th. Tomorrow we will be doing the cog railroad....and resting a bit. I had to leave the viffer home this trip, (wife and I on the ST) buddy is riding his RWB "07. Thanks for any and all suggestions you would like to share..sites, canyons,food etc.....Thanks again.....Curt 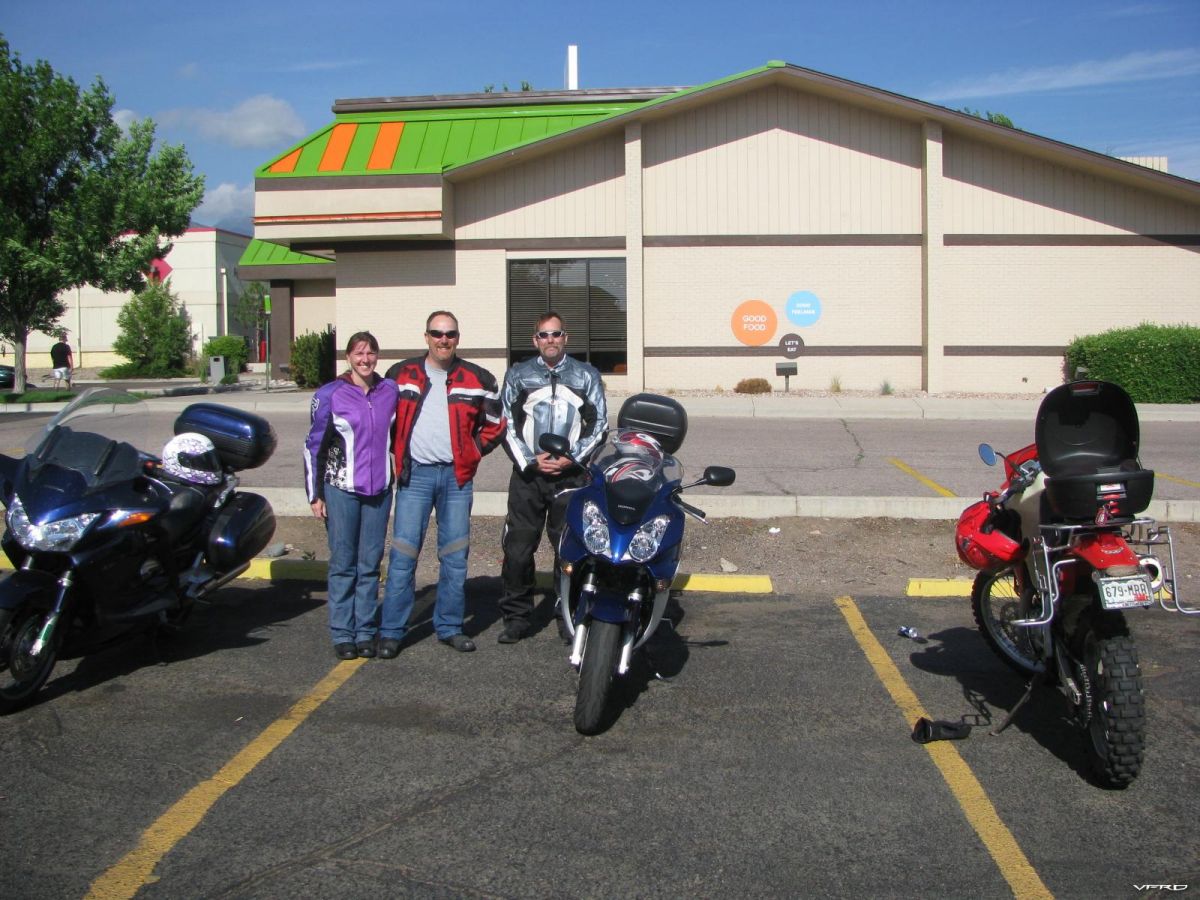 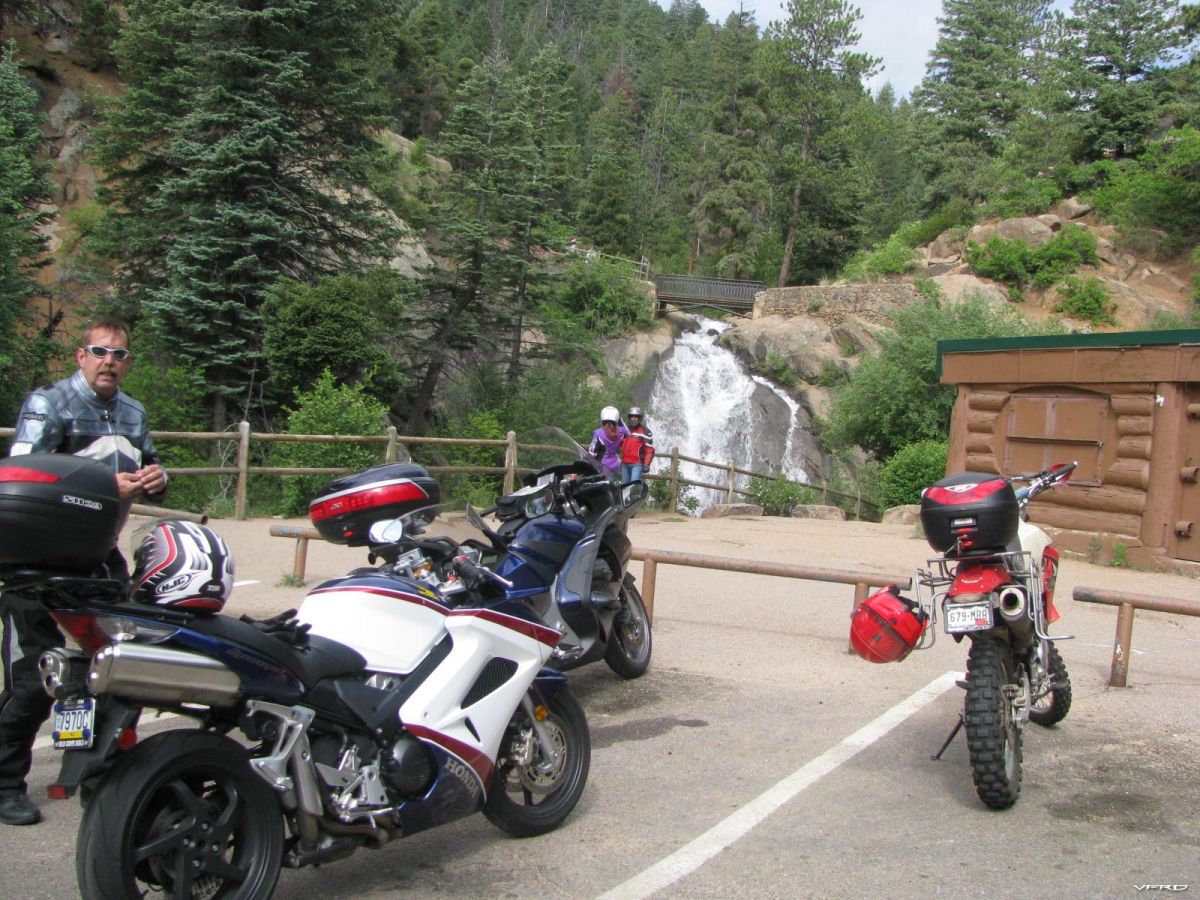 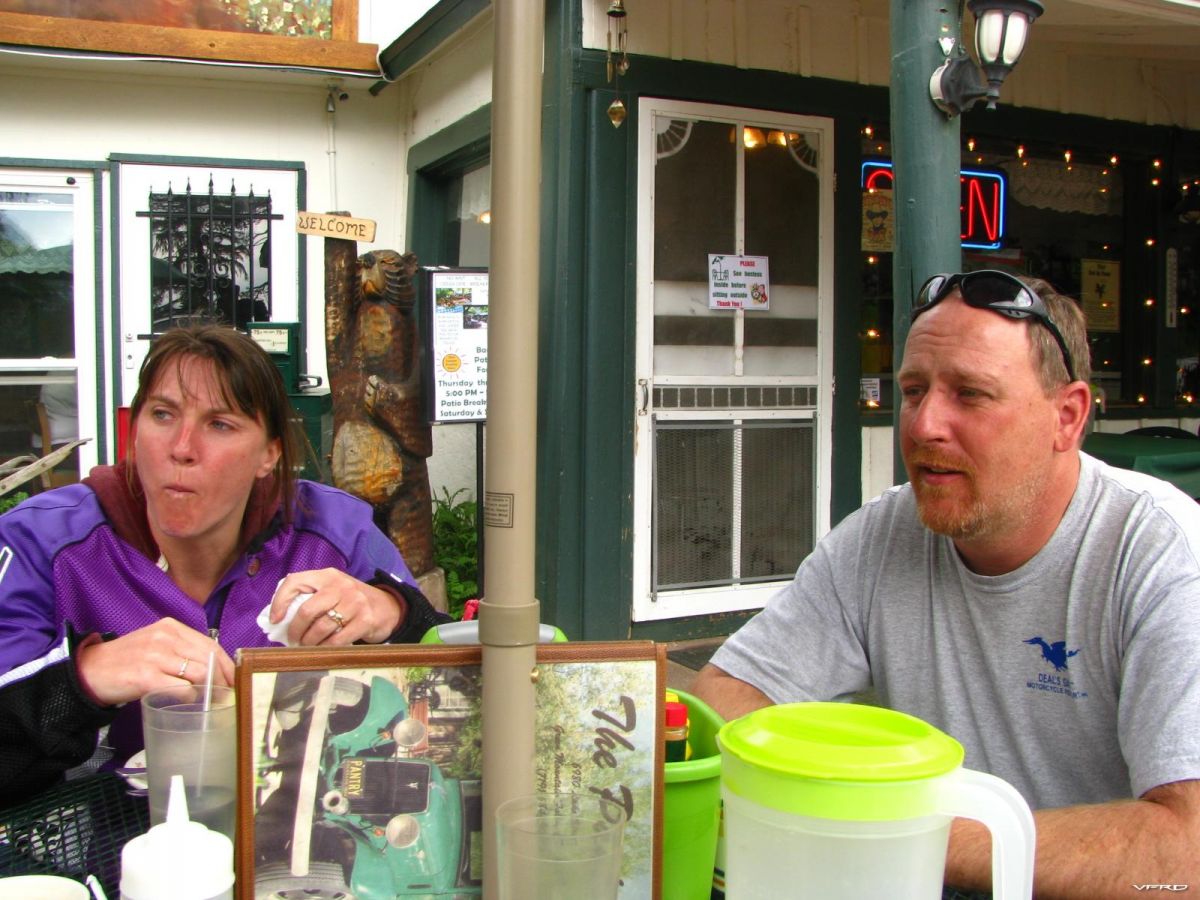 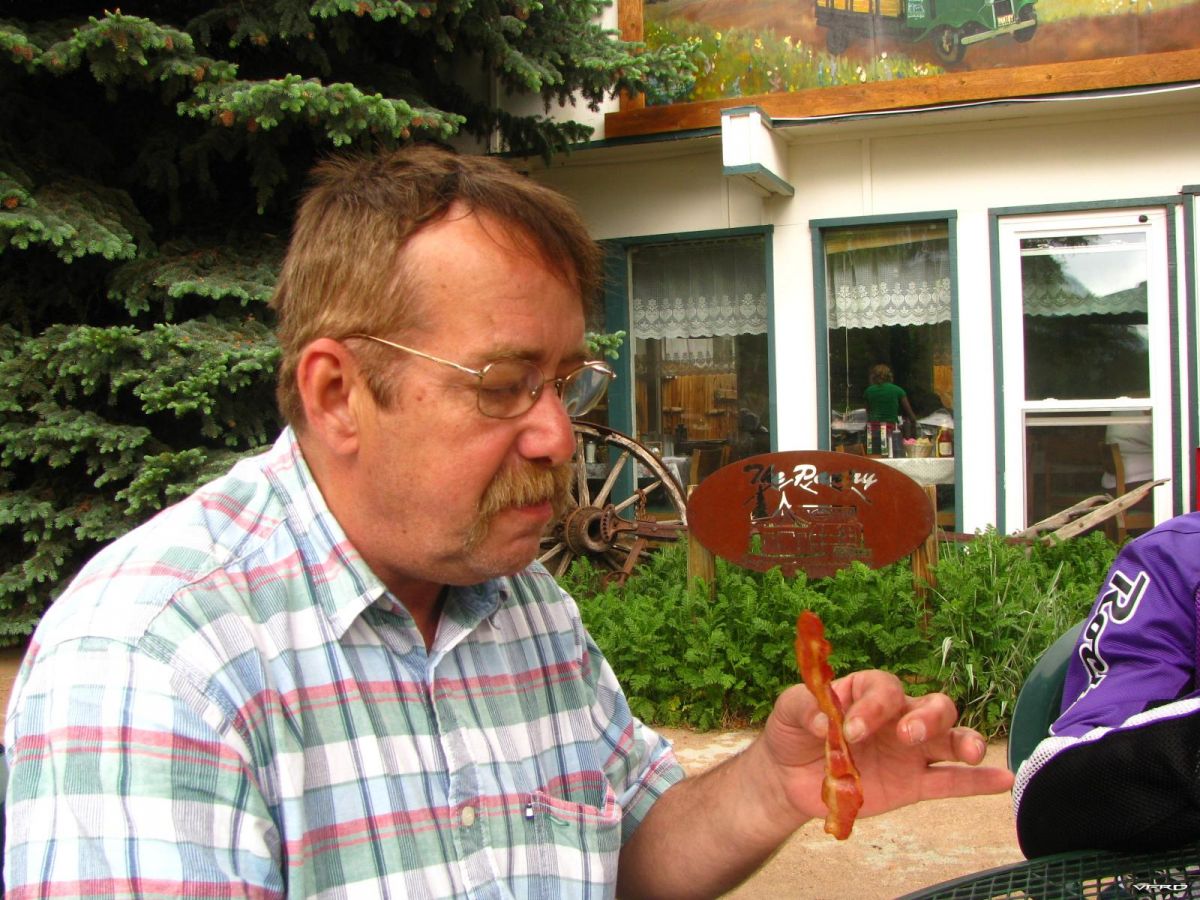 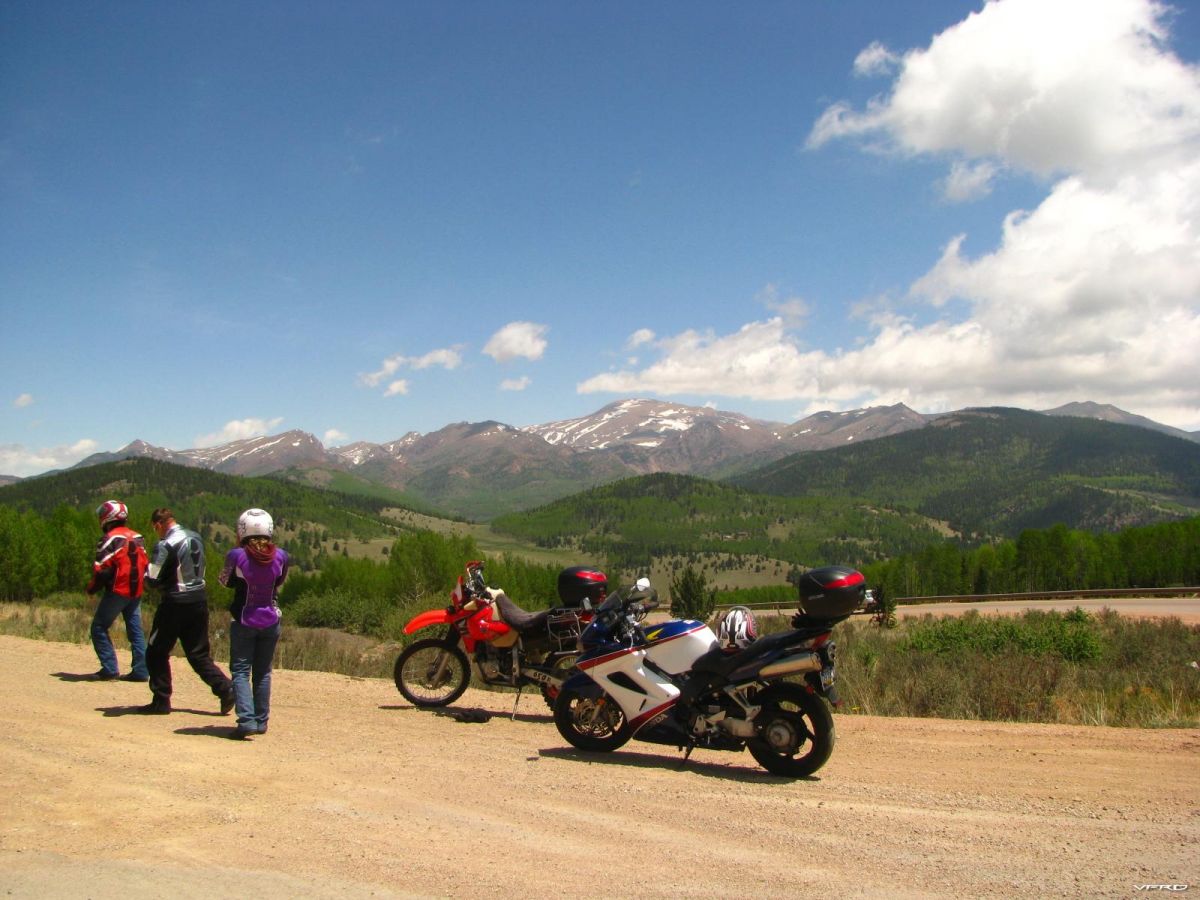 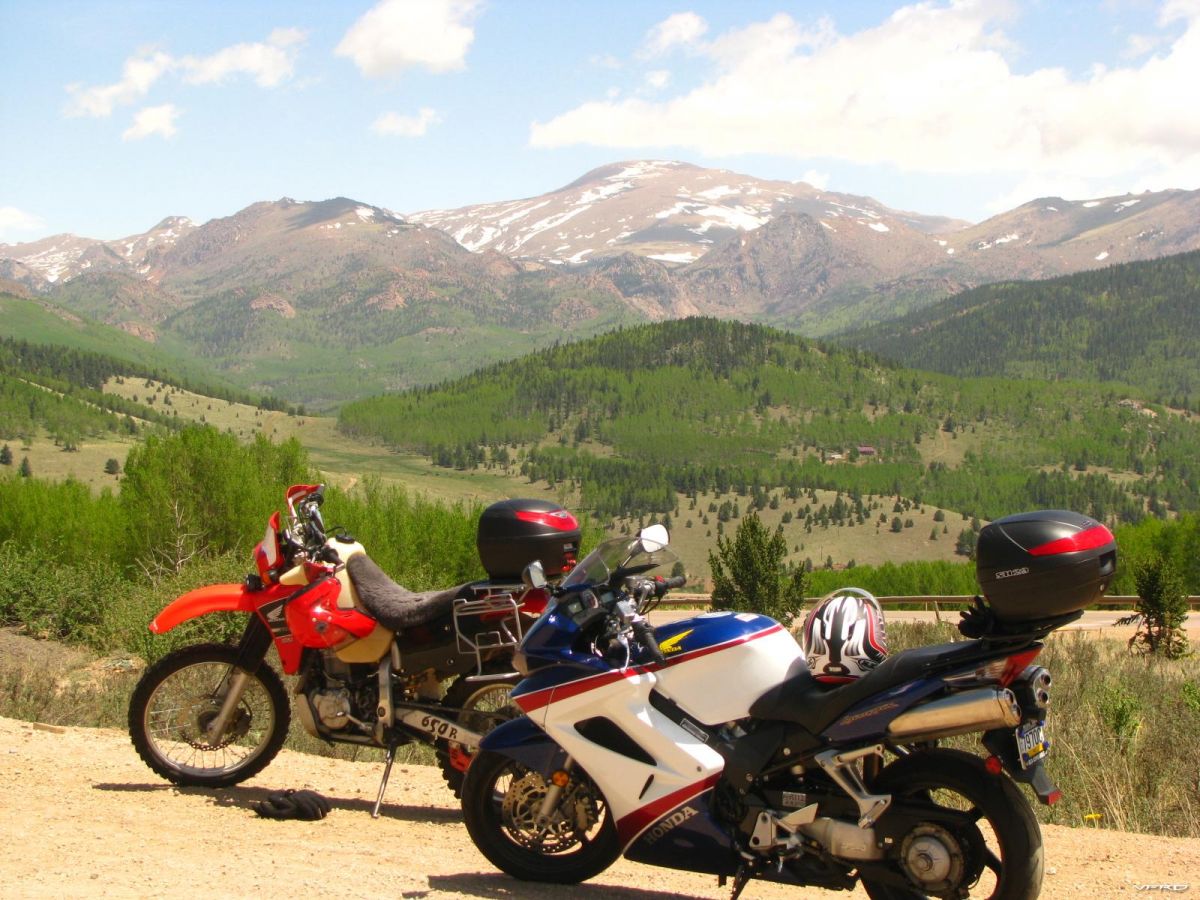 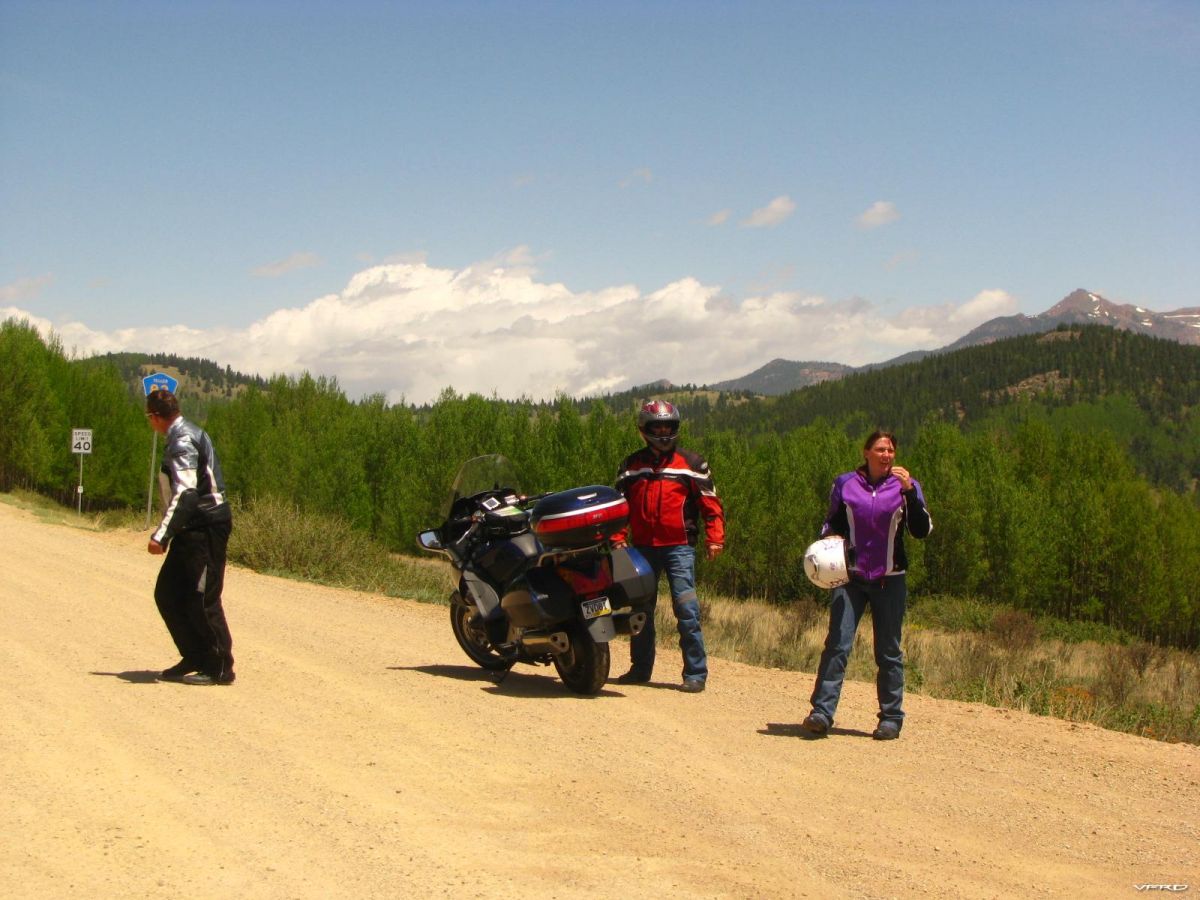 Curt and Tammy rode on this horse ST1300 with peg lowering blocks from BLS - I did not know he made lowing blocks for such heavy bikes? 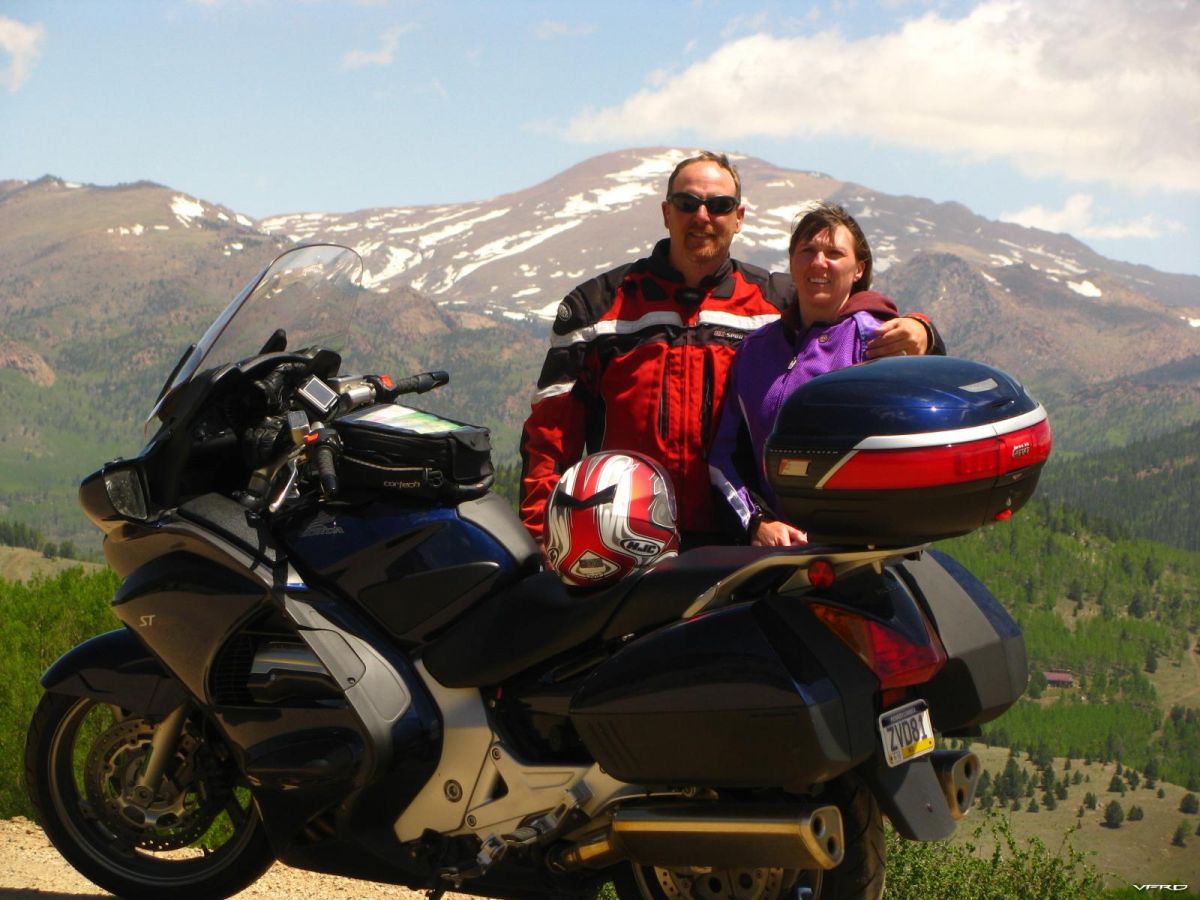 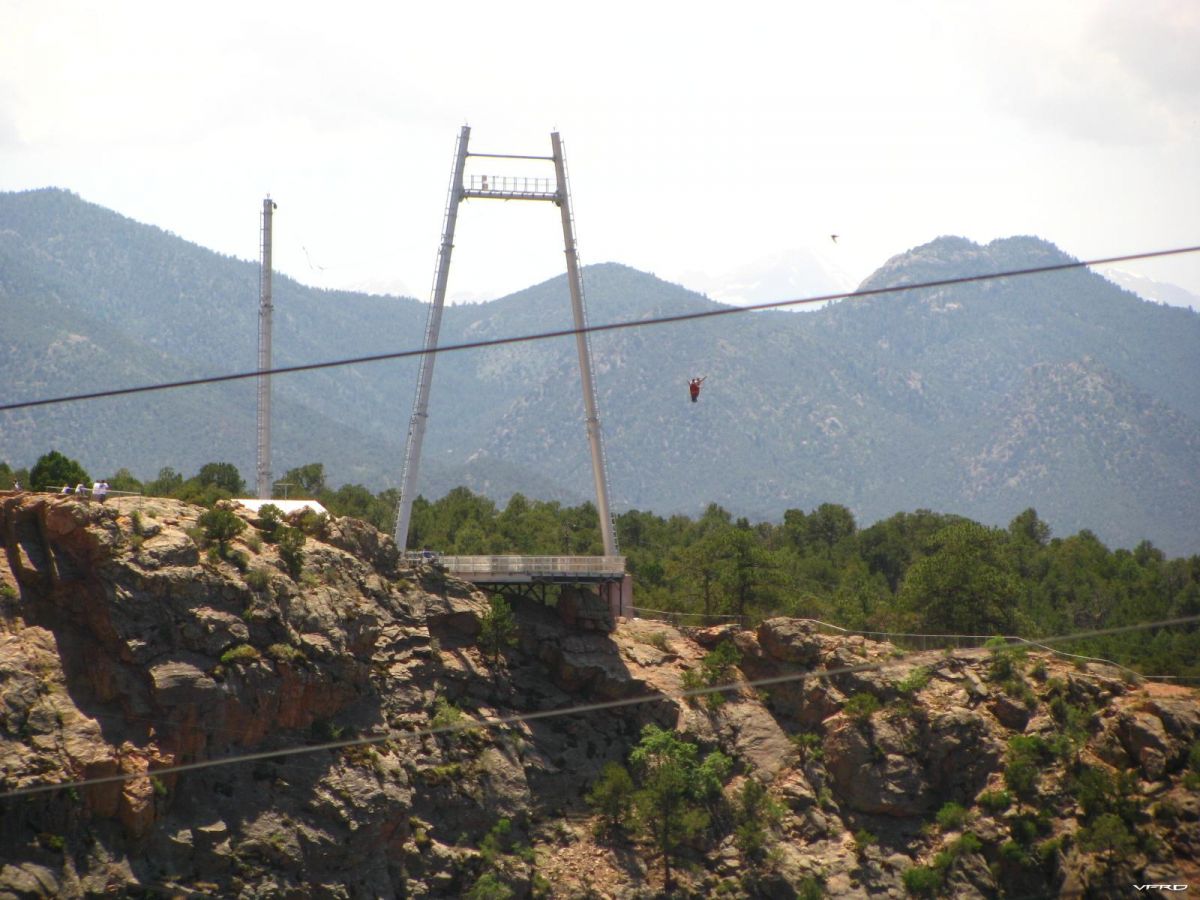 I would never do this! Bungee swing out over the Royal Gorge 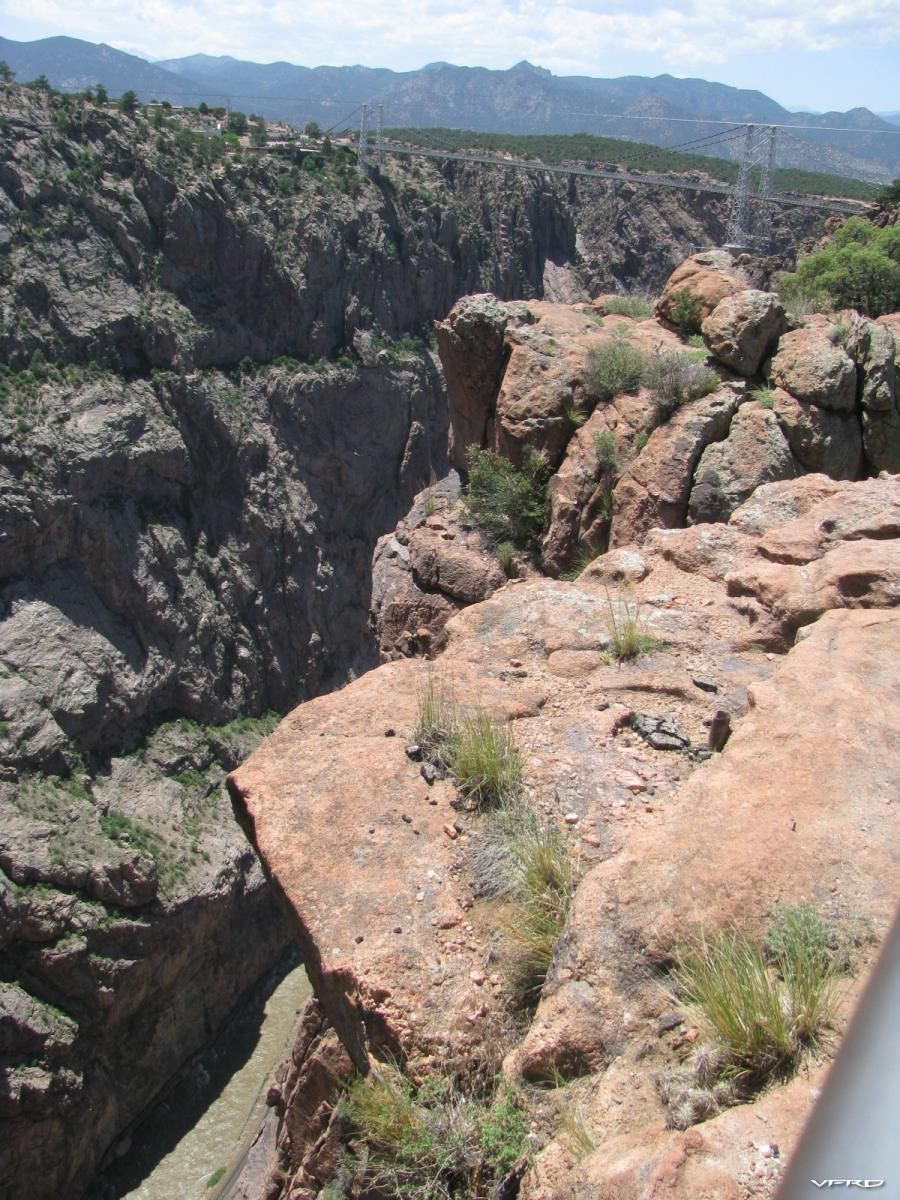 Royal Gorge Bridge as seen from the east trail overlook 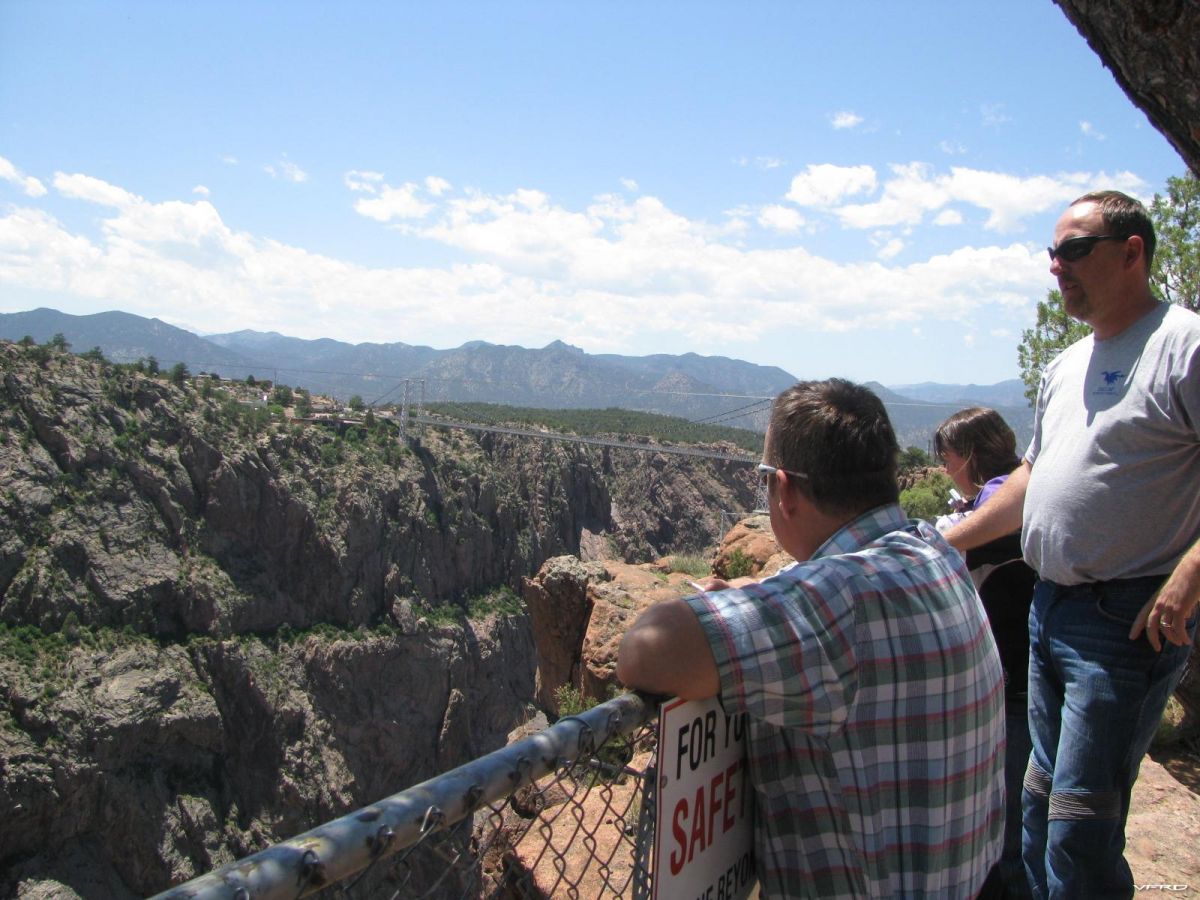 Taking a nice break at the Royal Gorge

I rode them all over tarnation finding every bumpy road I could find and twisty within a 100 miles of Pikes Peak which is basically the route I took them - in a big circle around Pikes Peak. I can only ride about 100 miles on my piggy before it becomes a torture device anyway so it was a good ride 9am to about 4pm with lots of stops and breaks along the way. We saw the biggest moth I have ever seen in the general store at the turn off to High Park Road, did the "don't hit the cows roller coaster road ride" on High Park Road, then over to the tourist trap known as the Royal Gorge but I know all the free places to look at it!

Then I took them up Ridge Road in Canyon City and showed them the Dinosaur foot prints in the shale and of course stopped at the overlook - but I neglected to take pictures! Good day and good riding - great company.