Its been three frustrating weeks now. I hobble about the house finding it uncomfortable to sit, stand or walk for too long.

I count my lucky stars though and know it could have been much much worse. My decision to wear all the gear saved a LOT of heart ache.

Here is the bike. 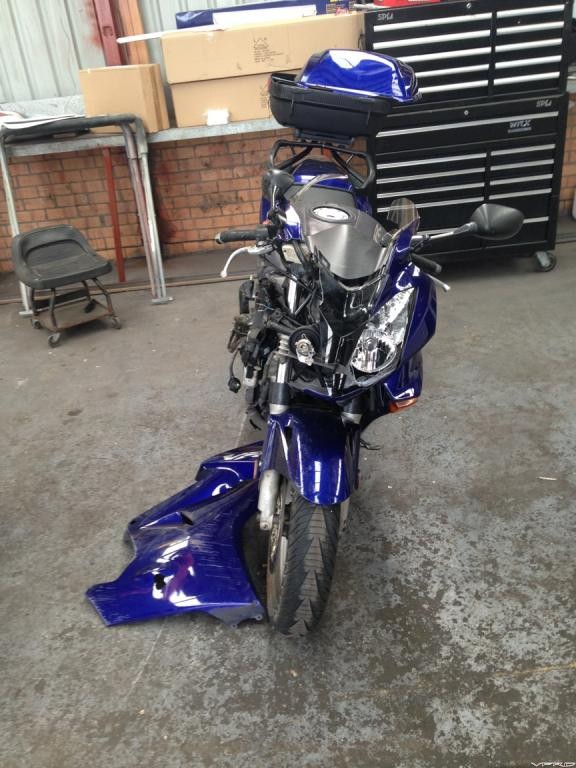 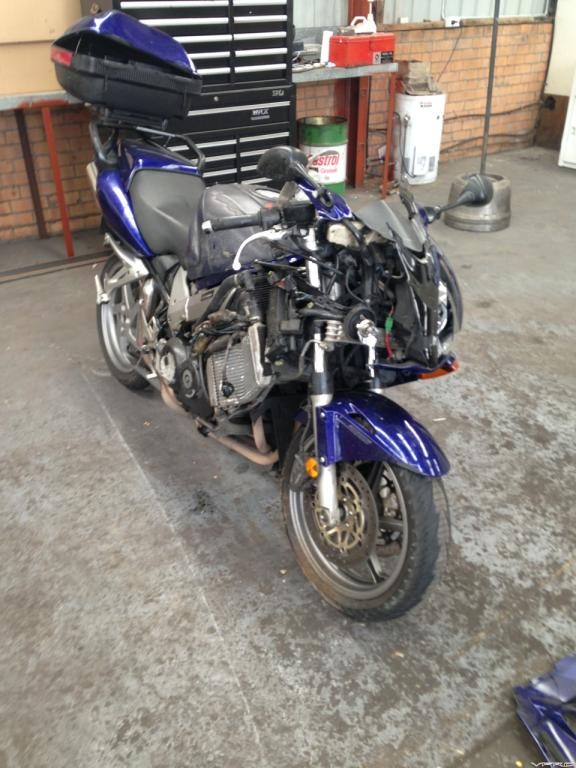 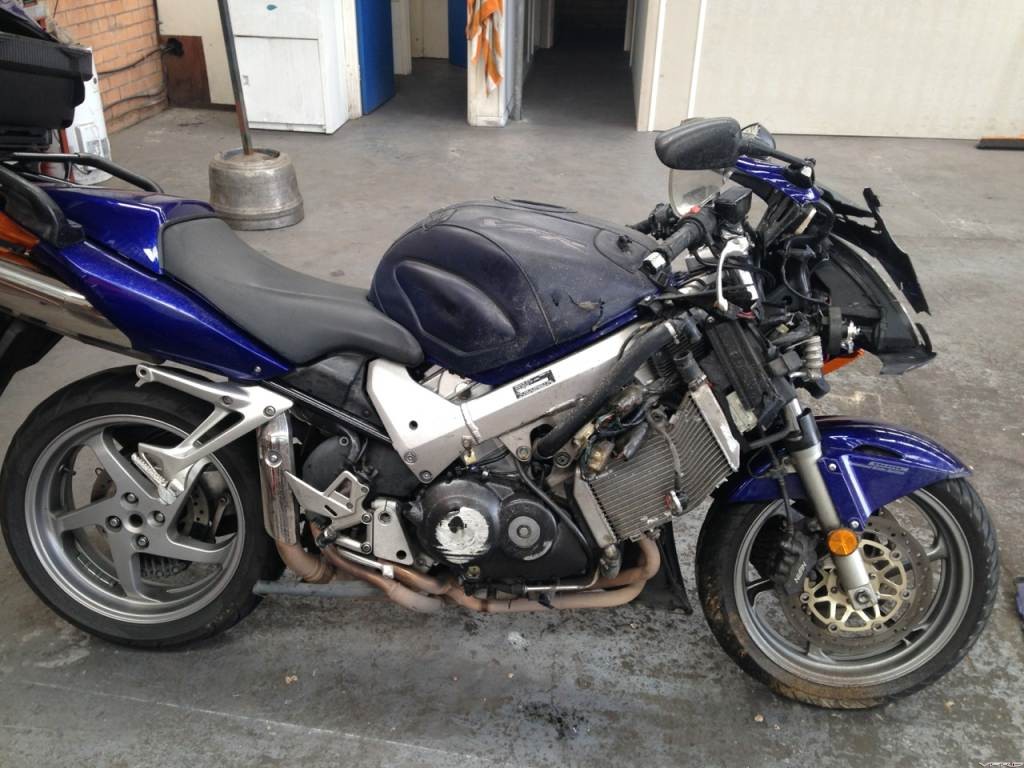 Insurance has today told me that it's a total loss. I'm really sad about that, but not surprised when you see the damage.

I won't have enough to buy a replacement new VFR, though I could likely afford a second hand one. However, replacing it while I still retain the Daytona is not likely to go down well with the Mrs.

I am considering the idea of selling the Daytona and using the money from the insurance and the sale to buy a 2014/5 VFR. I will take some time before I decide that though.

And here is the gear. 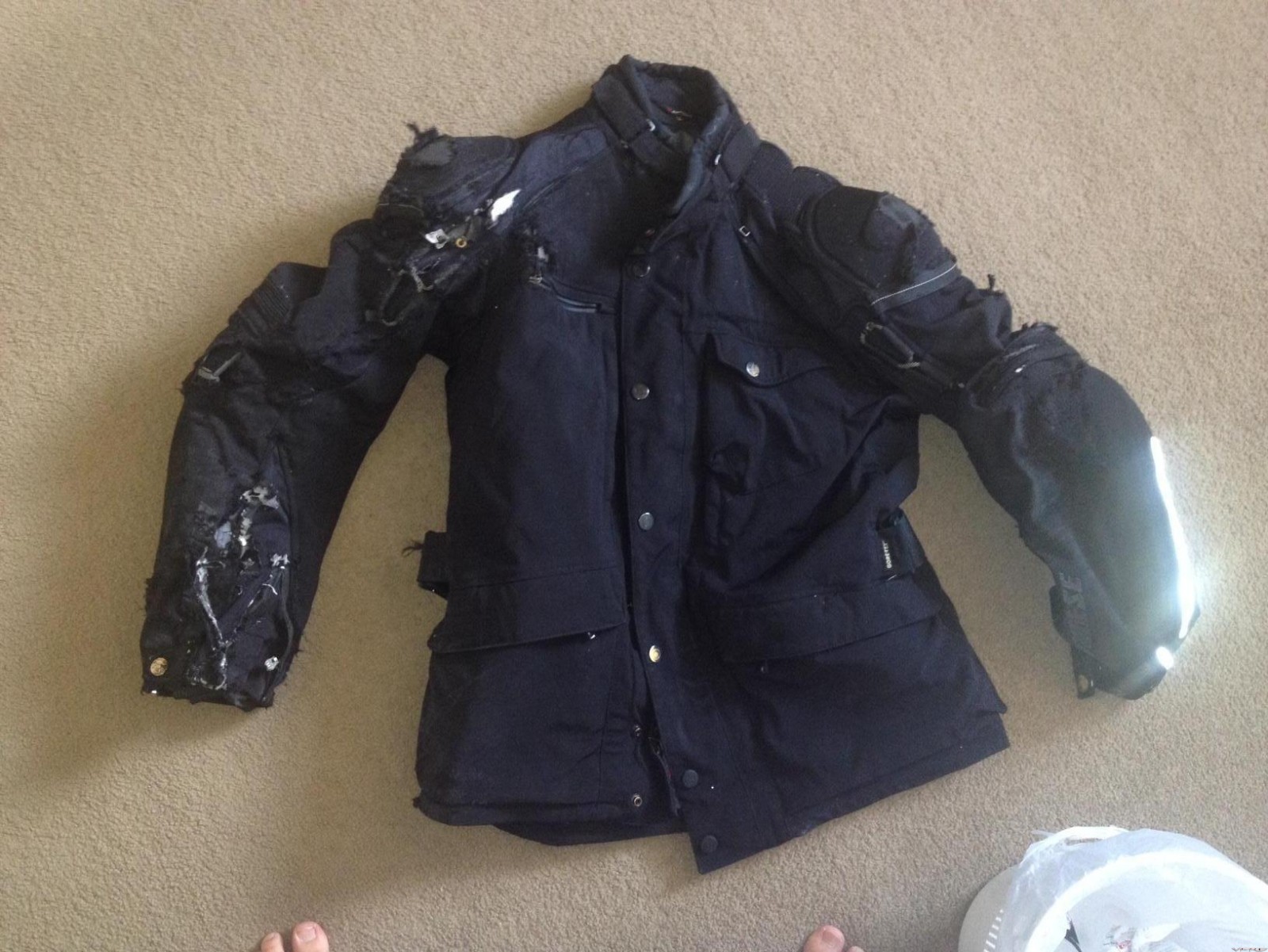 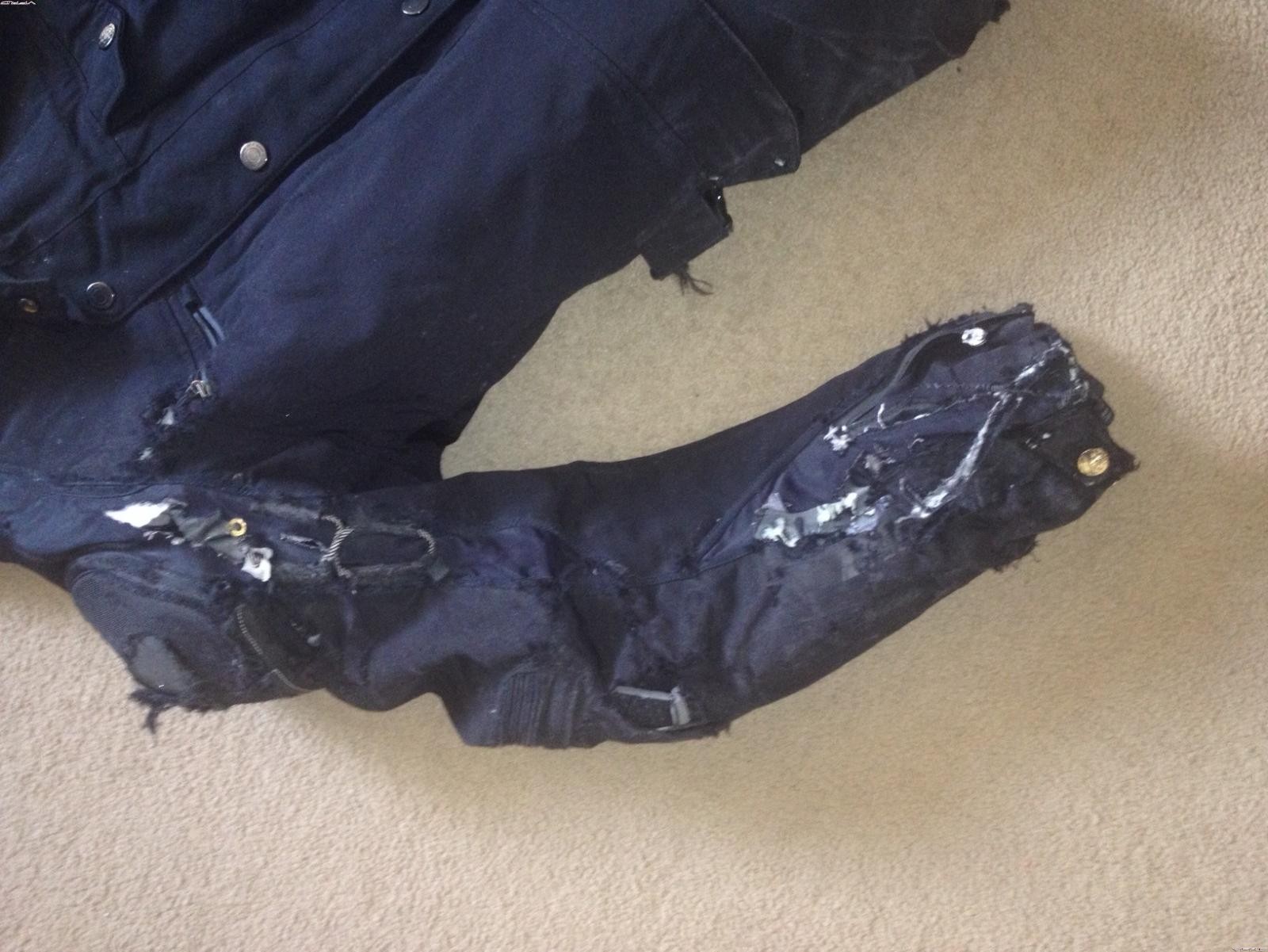 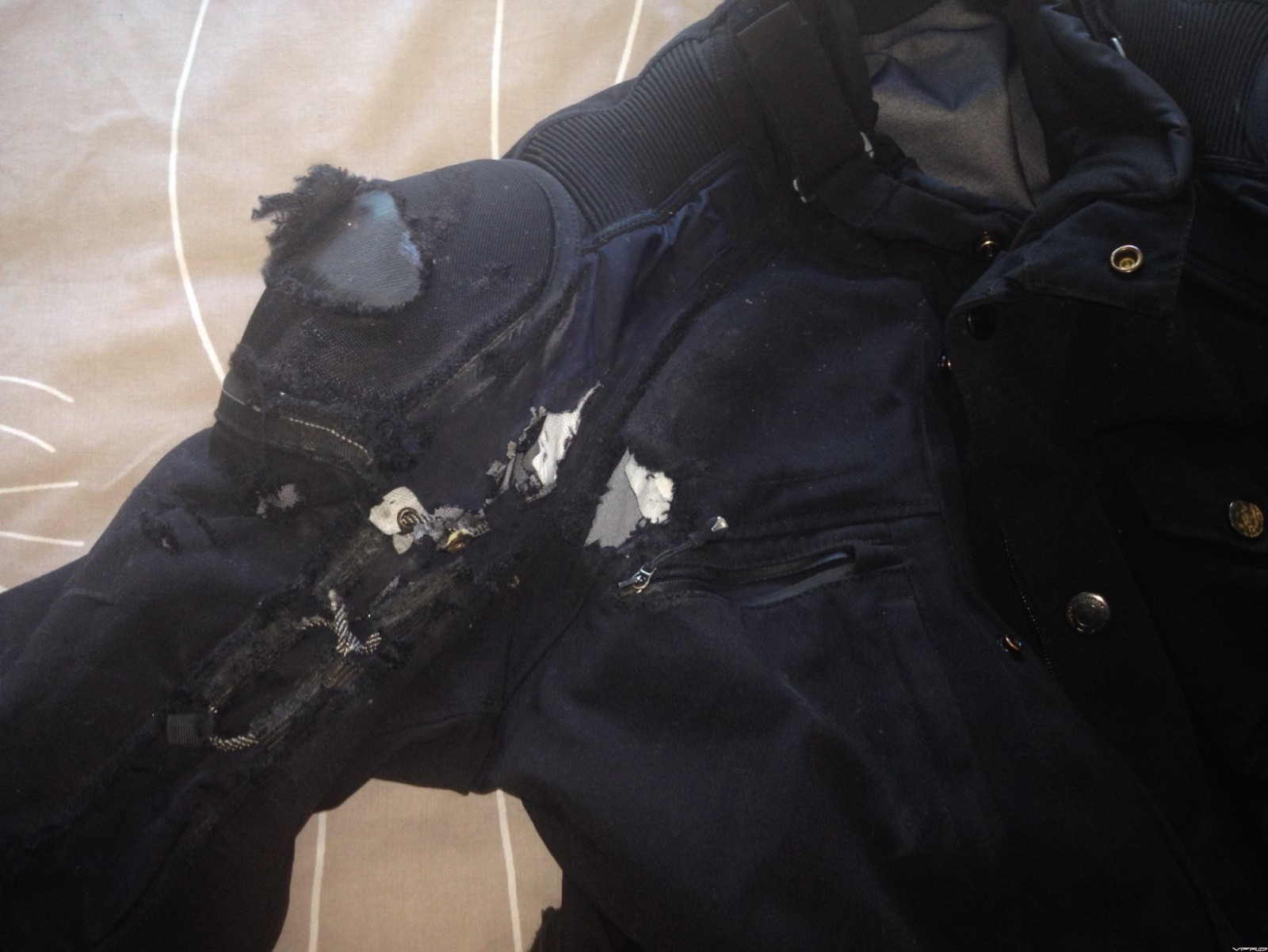 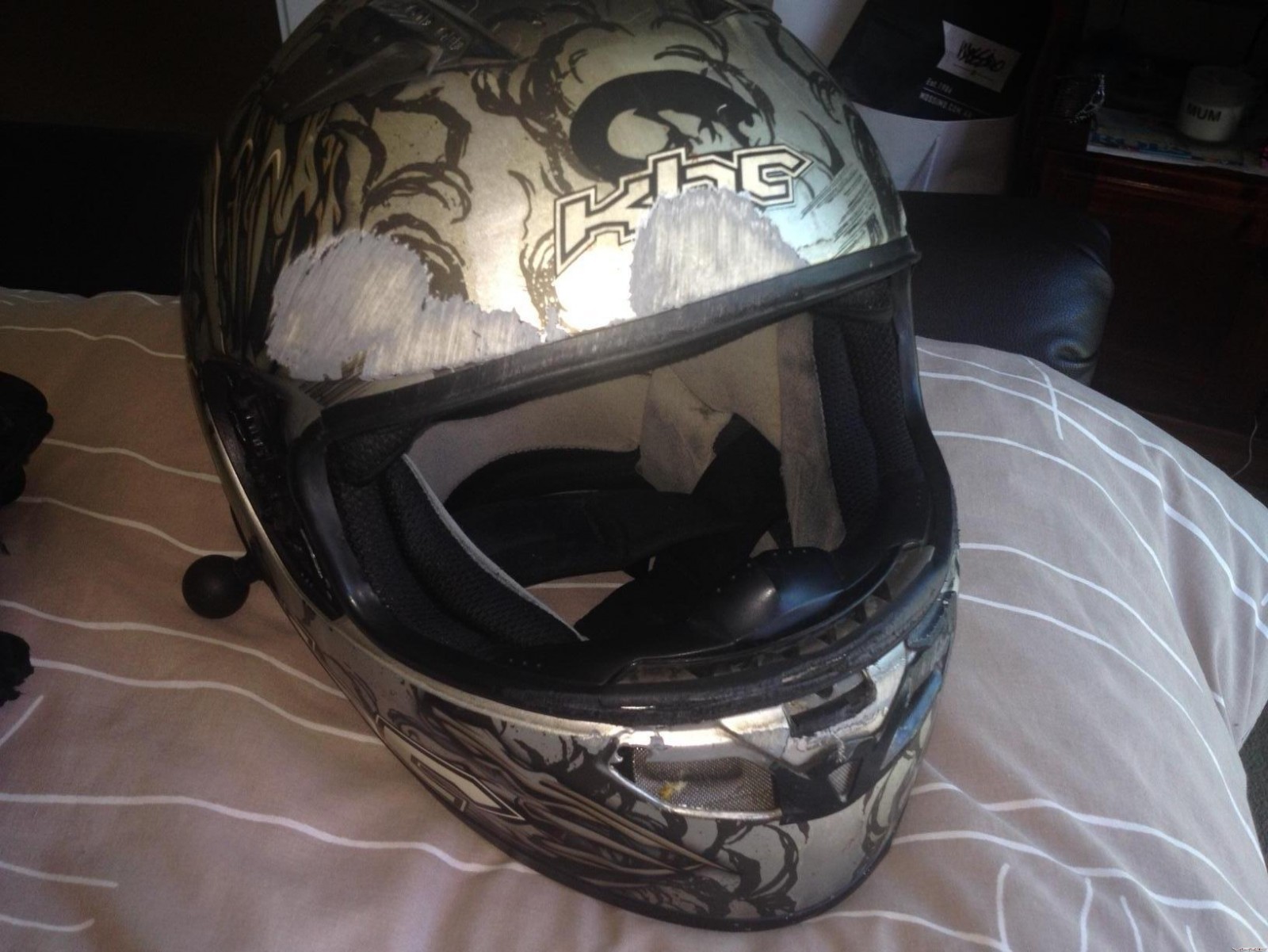 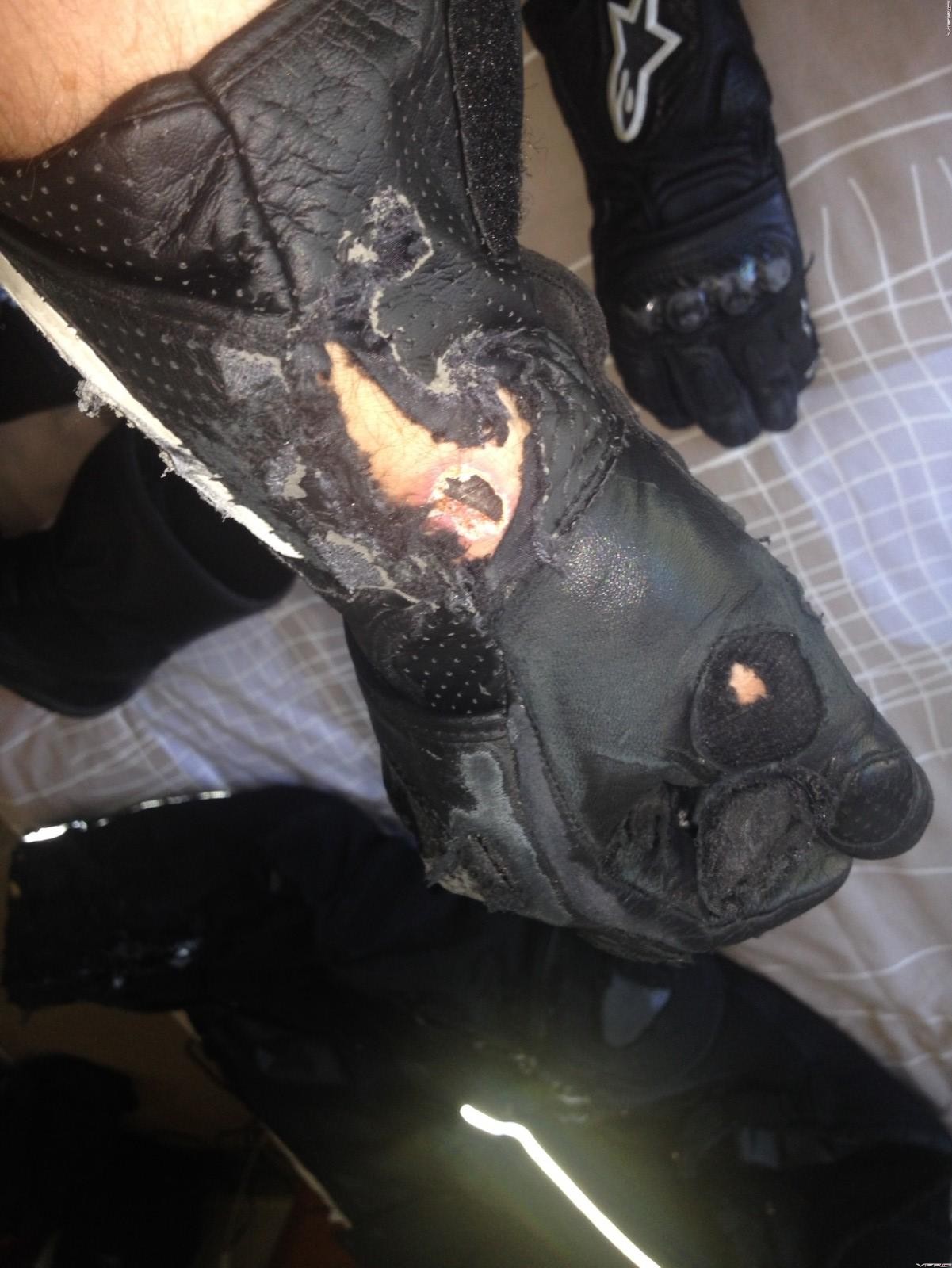 Weird footnote - when my sister arrived at my place with my ruined gear last week, my wife commented (and she's a theatre nurse in a major city hospital) that she "always thought I was overdoing it with all the gear I wear riding" and that it was a bit silly and over the top really.

ATGATT saved my butt (literally, you should see the scuffs on the back of the jeans!)