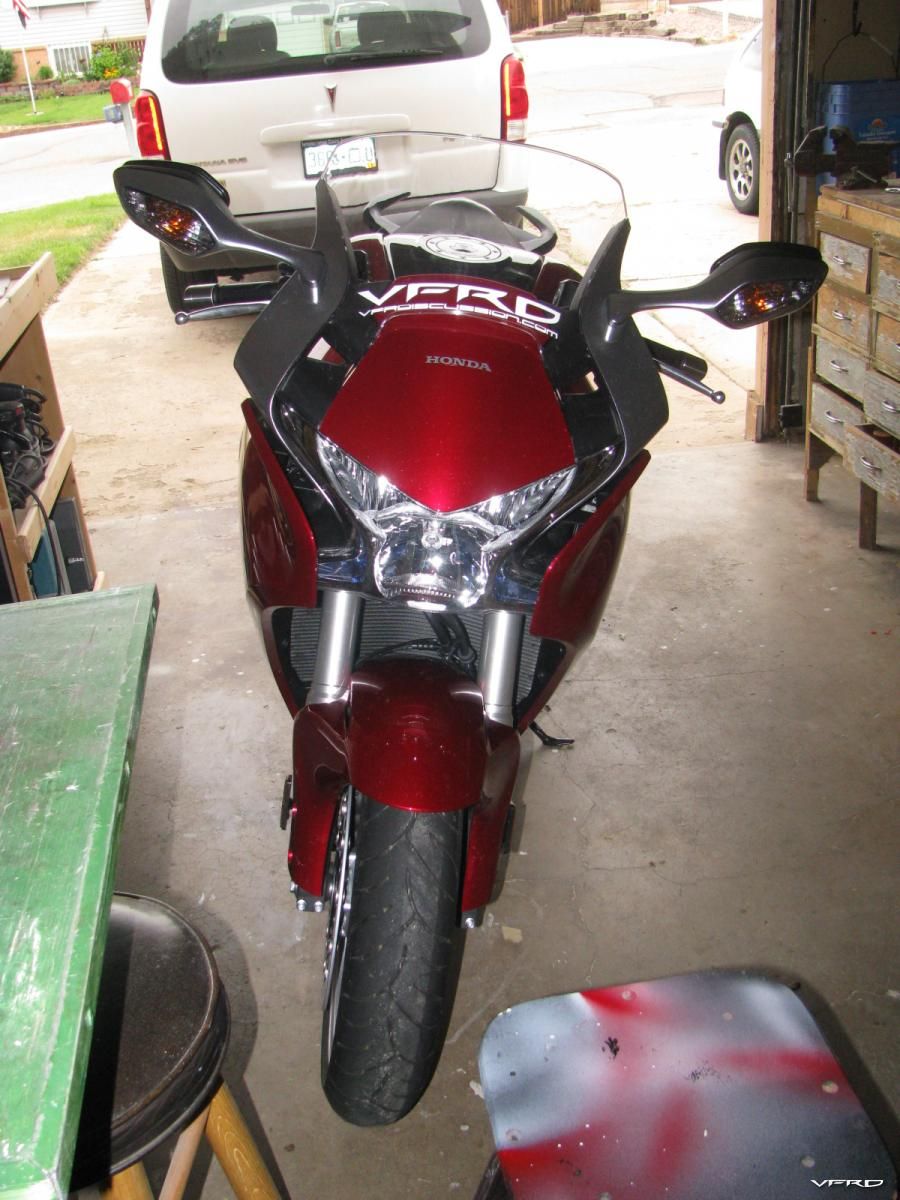 So Baileyrock was kind enough to remove the Ohlins Shock off the Old Girl and send it to me a few weeks back, I had hopes that it would fit since it seemed it mounted the same as the older 5th and 6th Gen bikes. The only concern was clearance and if it needed to be modded for length? To my surprise the OEM shock is the same free length and size as the 5th Gen Ohlins I had on the old girl. It was a simple bolt up job! I only had to remove the slip on to get to the linkage. Boy they beefed up the linkage triangles for the 1200 thats for sure its almost 40% thicker! Thanks BR for doing all that tear down work on the old girl. 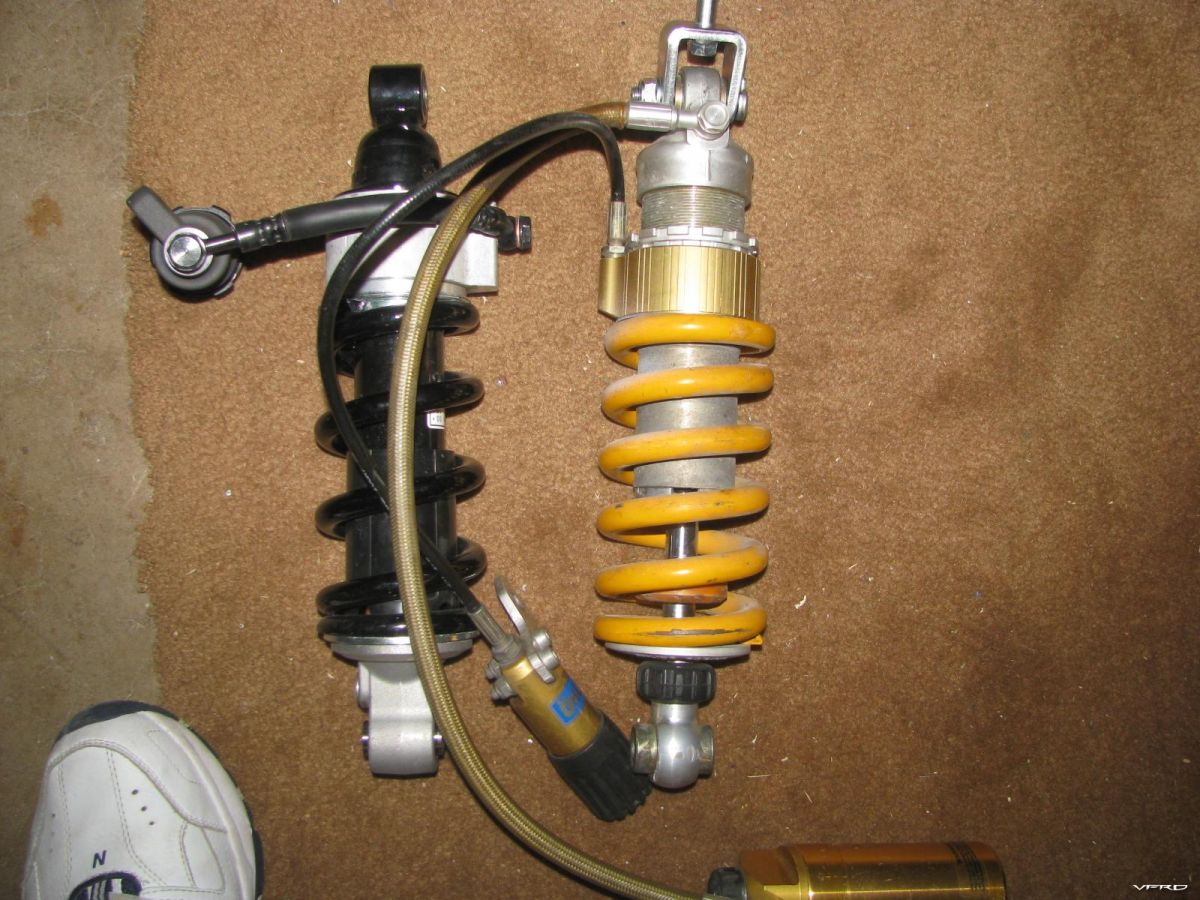 The Ohlins off the Old Girl YES its the same size!! 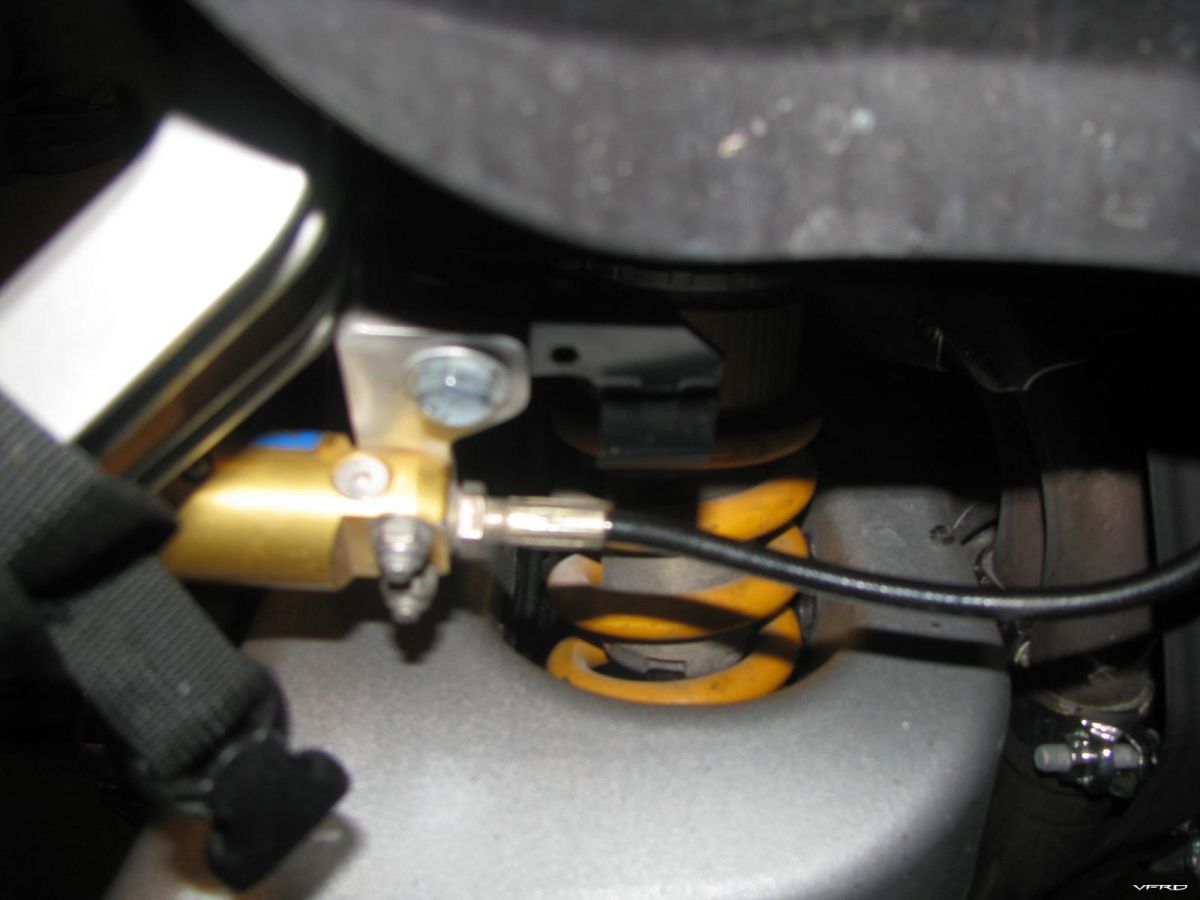 Ohlins Install Where to put the remote reservoir? 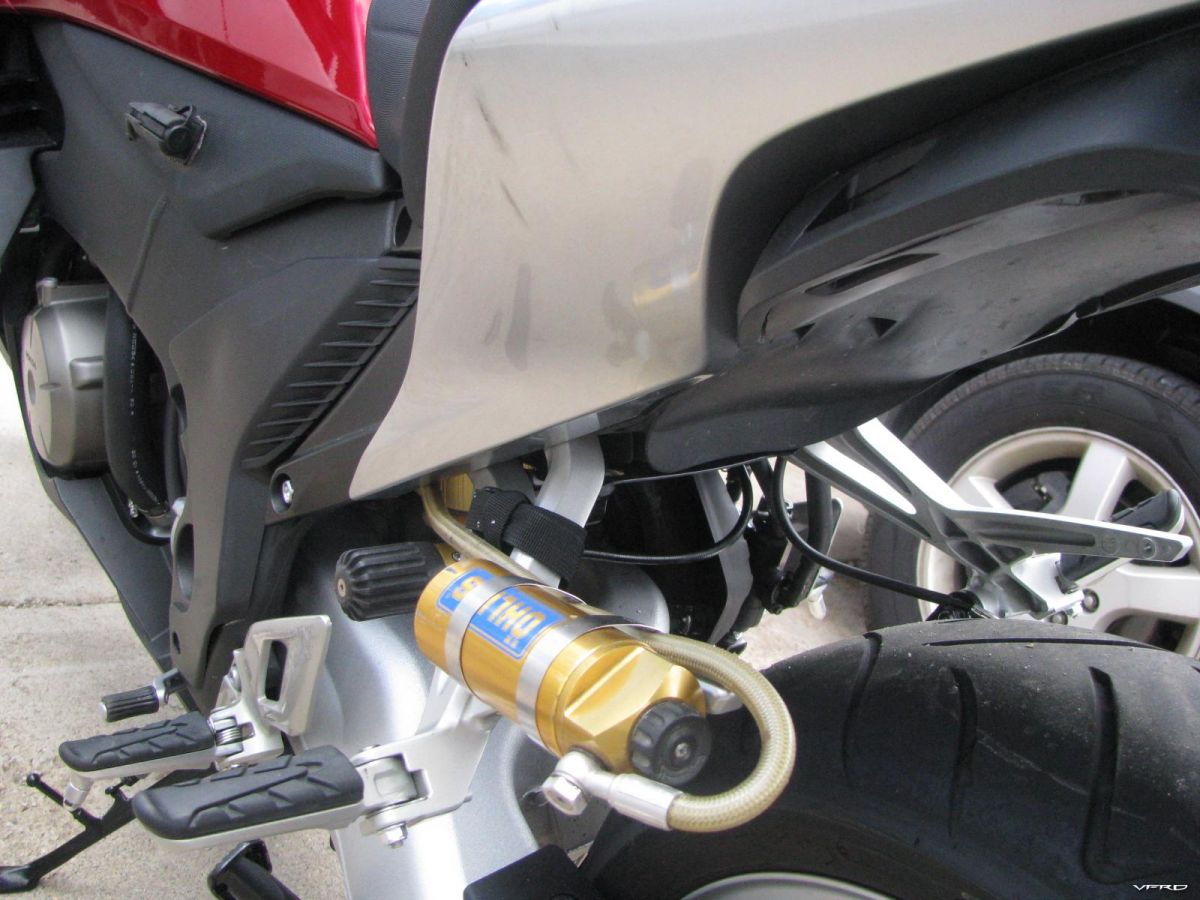 Now for the Farkles, I have always been a fan of heated grips but I did not want to used my Hot Grips controller on this bike - seemed too big and clunky to use (I will offer it free btw in the pay it forward section if anybody wants it). So I found of all things a cruiser website that had a one button 4 position led controller that mounts to the handle bar by replaceing the main clamp. It required me to drill the bar though to thread the wires into there but I found I was into a solid section of the bar where the hollow end is pressed on. so I drilled 3 shallow holes and then made a sort of wire trench with the dremel and fished the wires in there. I put the bars on the clamp and tried to see if it was weakend by the drilling - nope solid still no issues since it was a small hole into solid aluminum. 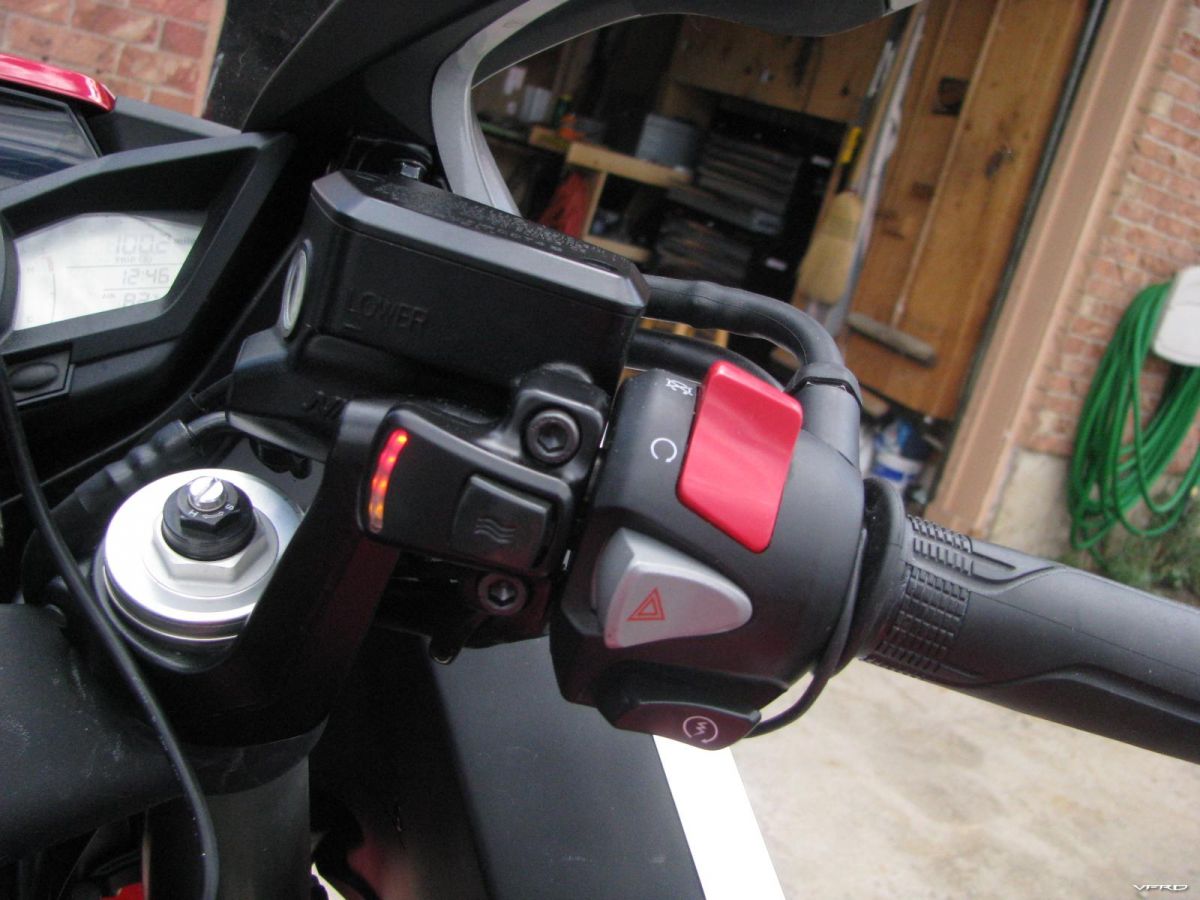 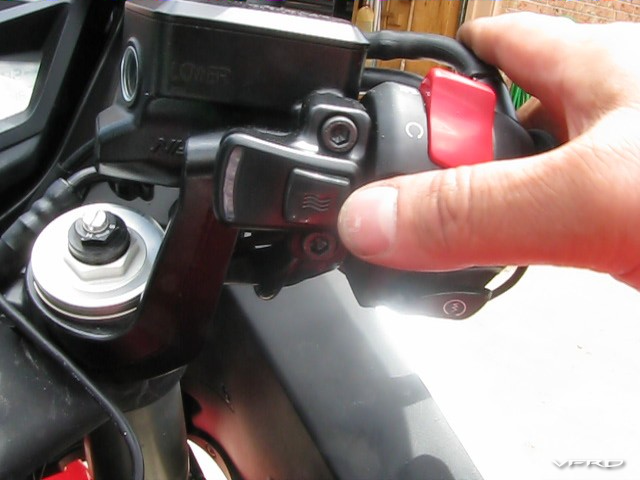 I like the clean look of the new controller and the one button touch on the fly, the led can be turned down too for night time riding so it does not blast you by holding the button longer. 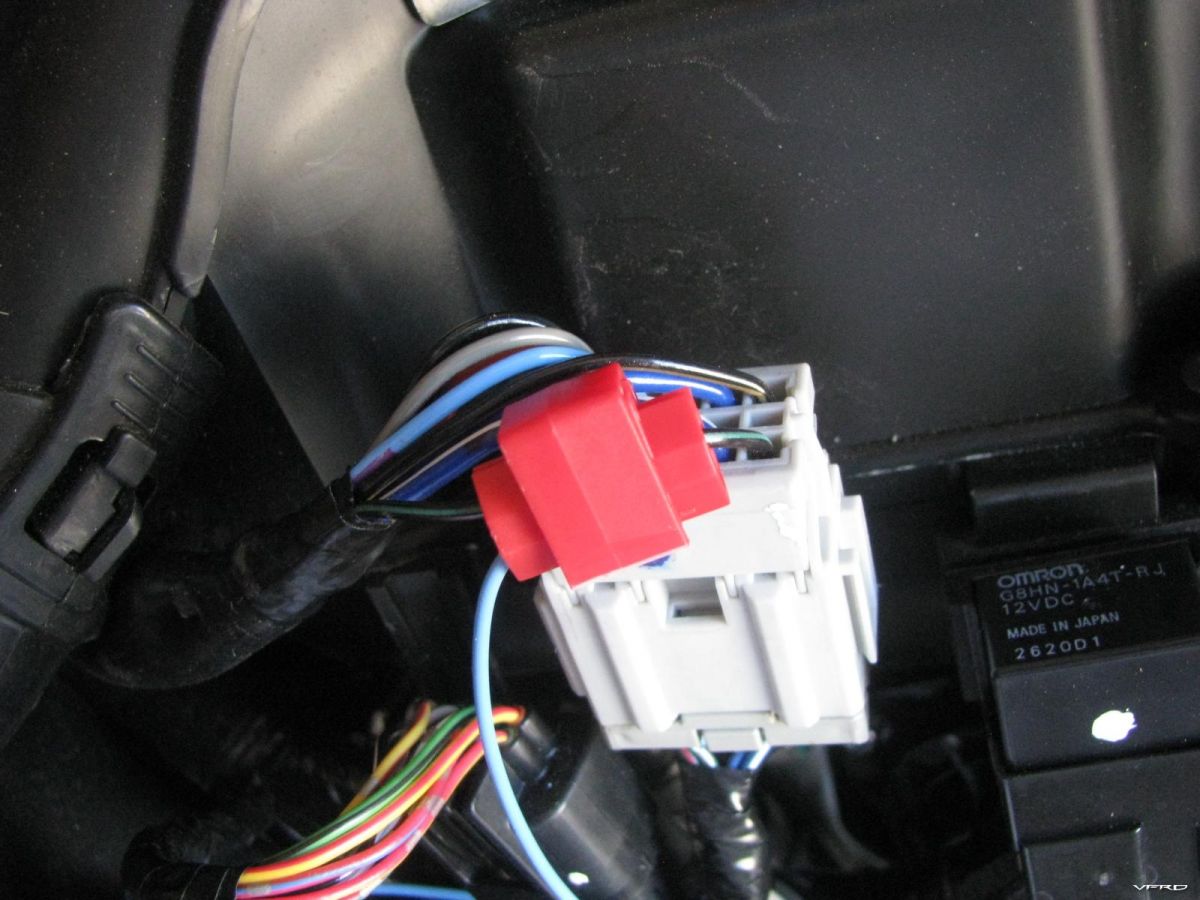 Installing Signal Dynamics Headlight Modulator I want to be seen - no more hillbillys not noticing me in my own lane! 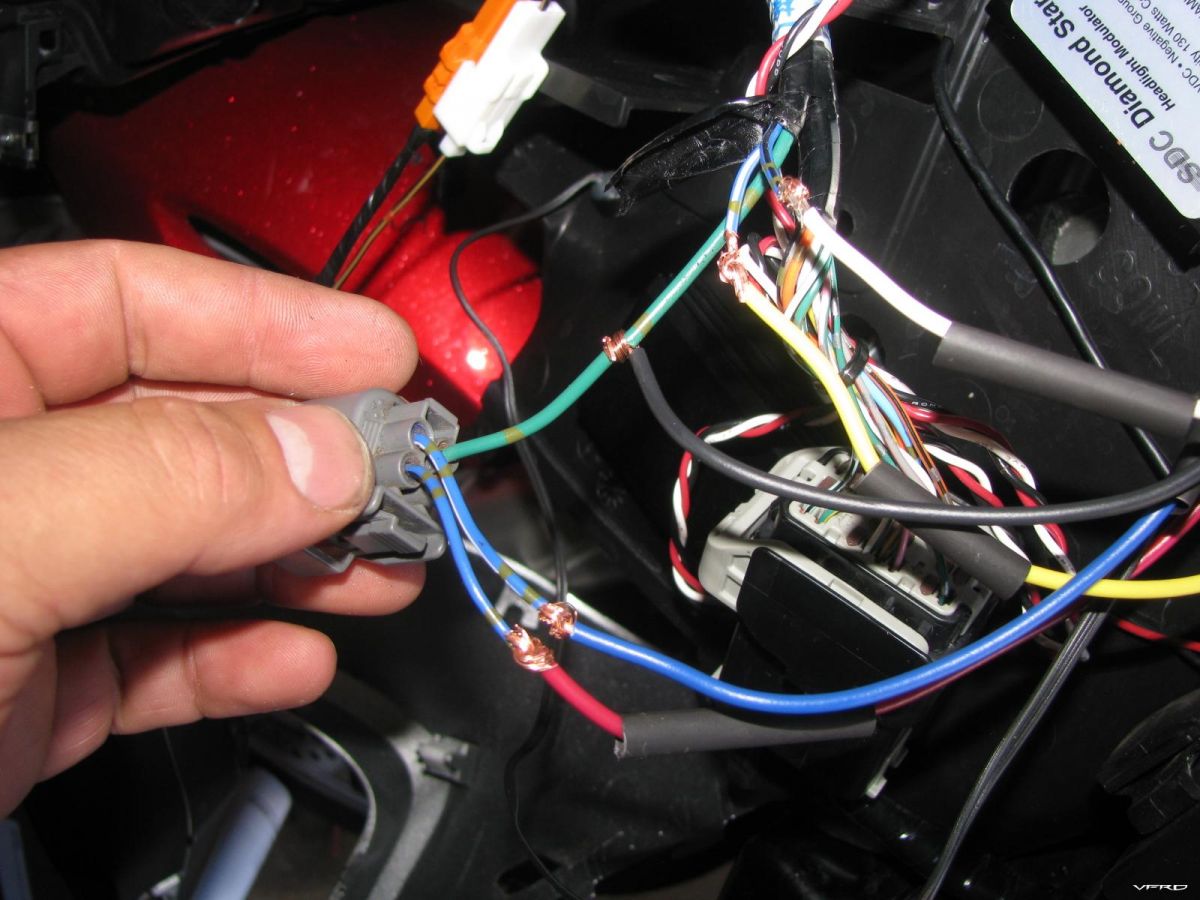 I found a nice little autcom mount piece for the loose connector that I previously let hang off the seat from the old girl, this secures it better and can be removed from the holder 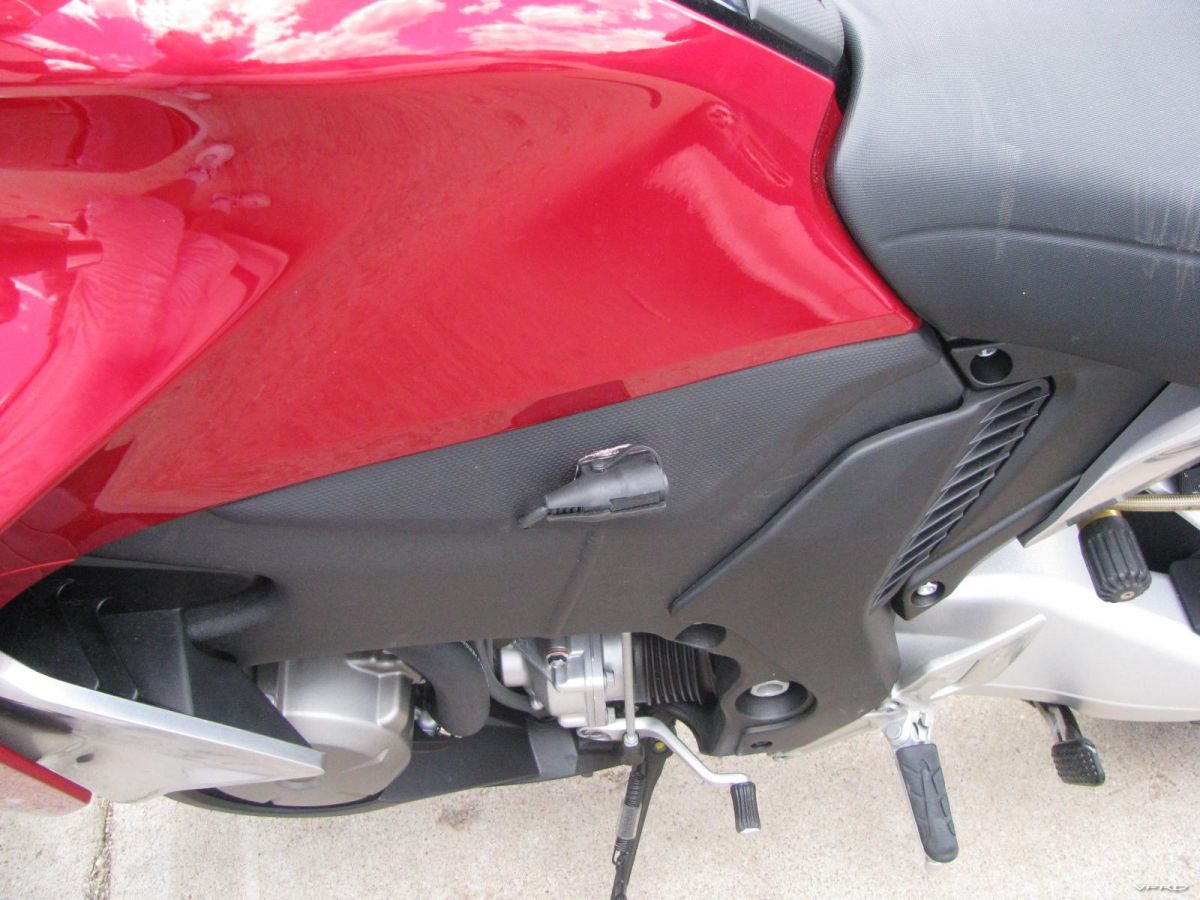 I did not take pictures of the brake light install I was well into it before I decided to post this up. I had already installed a signal dynamics led voltmeter too that I did not post either. used the same wires as the headlight tied into the horn. The headlight mod can be controlled by the horn too.