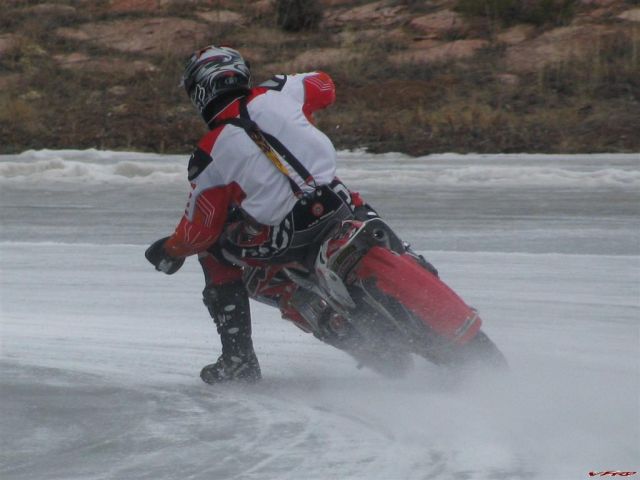 Harry's Roamers Motorcycle Club is the oldest motorcycle club in Colorado established in 1929 they are known for putting on an ice racing series. This years event at Rainbow Falls Park brought hundreds of folks out to the mountain lake one of the four Ice racing events they organize each winter. It was really a hoot to come out on this cold Sunday morning and watch all the different bikes go around the oval shaped track, spectators were outnumberd by participants 2:1 - now thats what I call a real sport!

I remember comeing out to this lake as a child to ice skate with my grand parents but this is the first time I have attended the ice races and boy this seems like alot more fun! My buddy Craig and I piled into his four wheel Toyota and headed up Ute pass for Woodland Park, Rainbow falls is just about 15 minutes north of there on Hwy 67 I embedded a map if your wondering where exactly! We had just come off the night shift, restless, looking for somthing to do. He saw a line in somthing he read about ice racing here in Colorado so we looked it up and sure enough - IT WAS ON. We were not sure what to expect, 2 feet of snow or what so we dressed up like Eskimo's and headed out, there was hardly any snow up there by Rainbow lake we where thinking it might be a bust but sure enough the road headed slightly down hill into a lake depression and we saw all the cars, the lake was frozen solid! The Track was layed out and there were bikes and trailers littered everywhere. 8 bucks to get in seemed like a cheap date for a half days fun and we gladly paid the entry fee. We walked out on the ice and studied the curious fenders and inspected the oddly studded tires and wondered just how go you get those things in there - these where the screw in from the outside type!

Once the raceing started we noticed not many racers where spinning out its seemed like flat track racing with similar sliding and slipping as if on loose dirt - just colder! 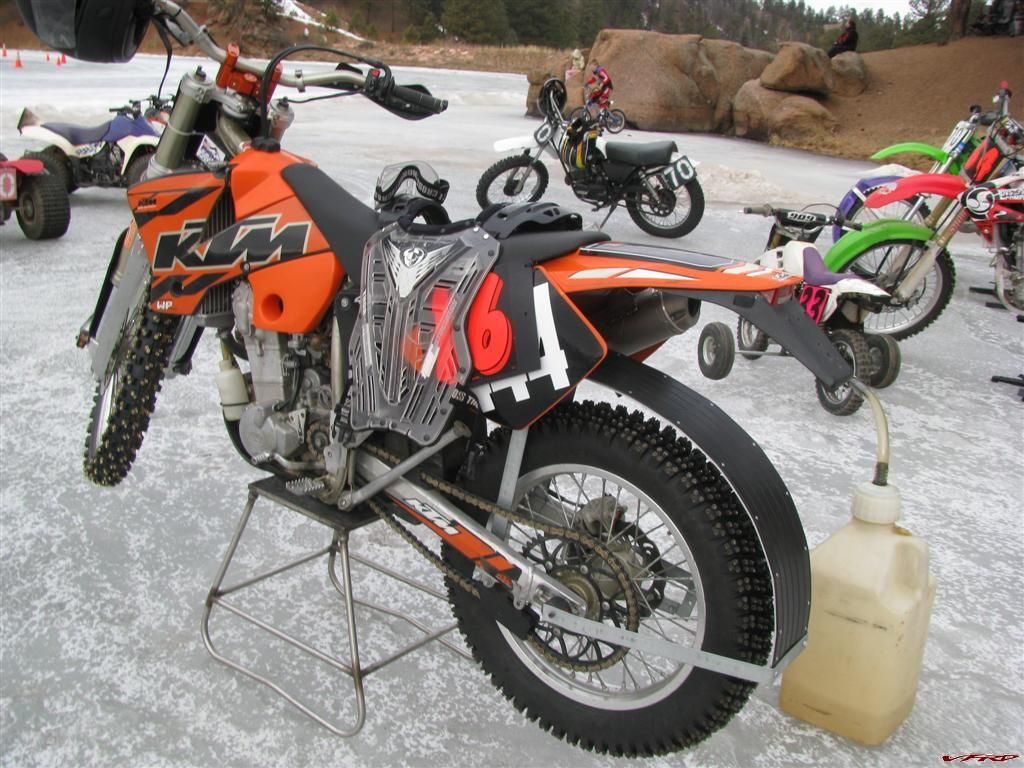 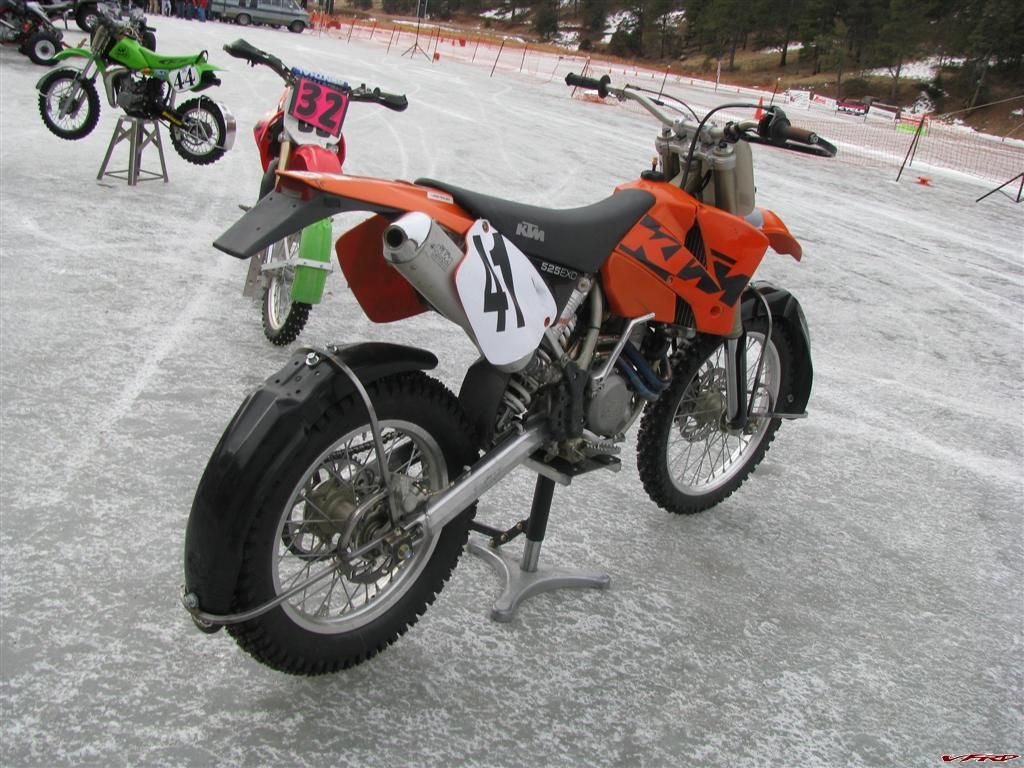 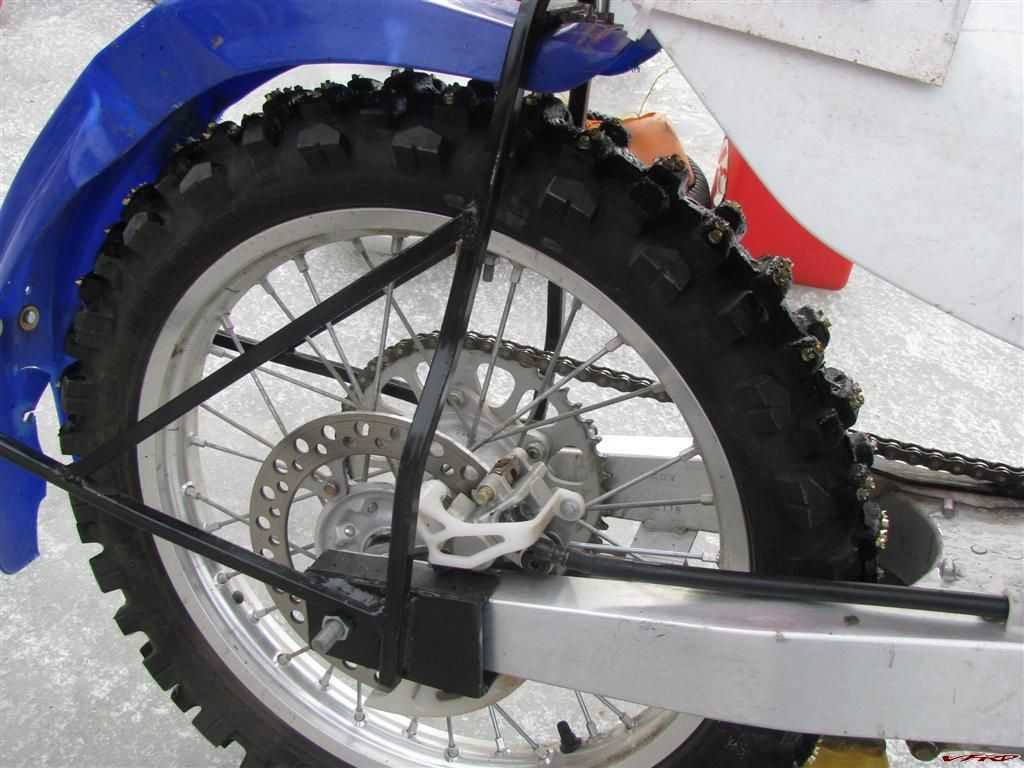 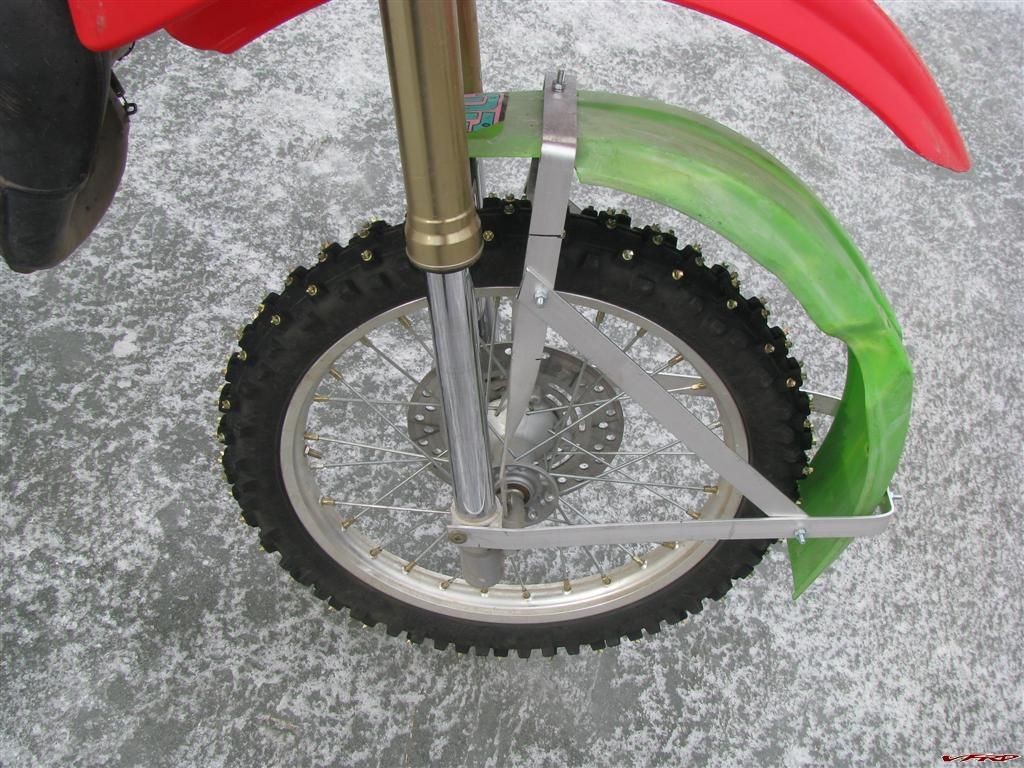 Some more homemade than others 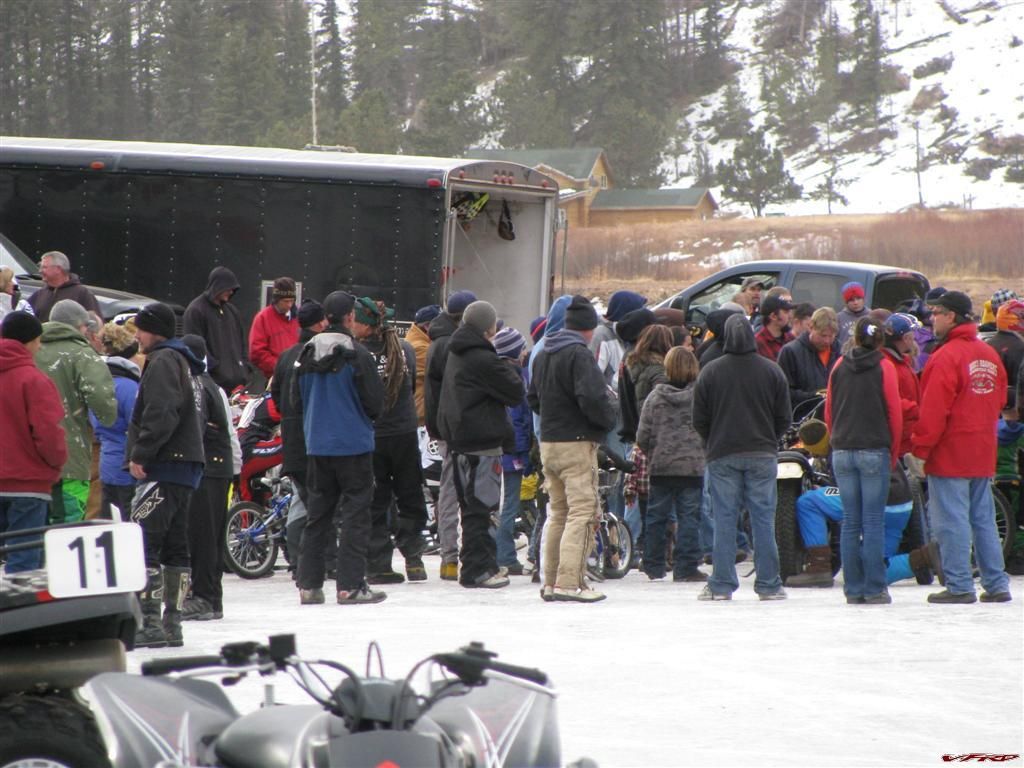 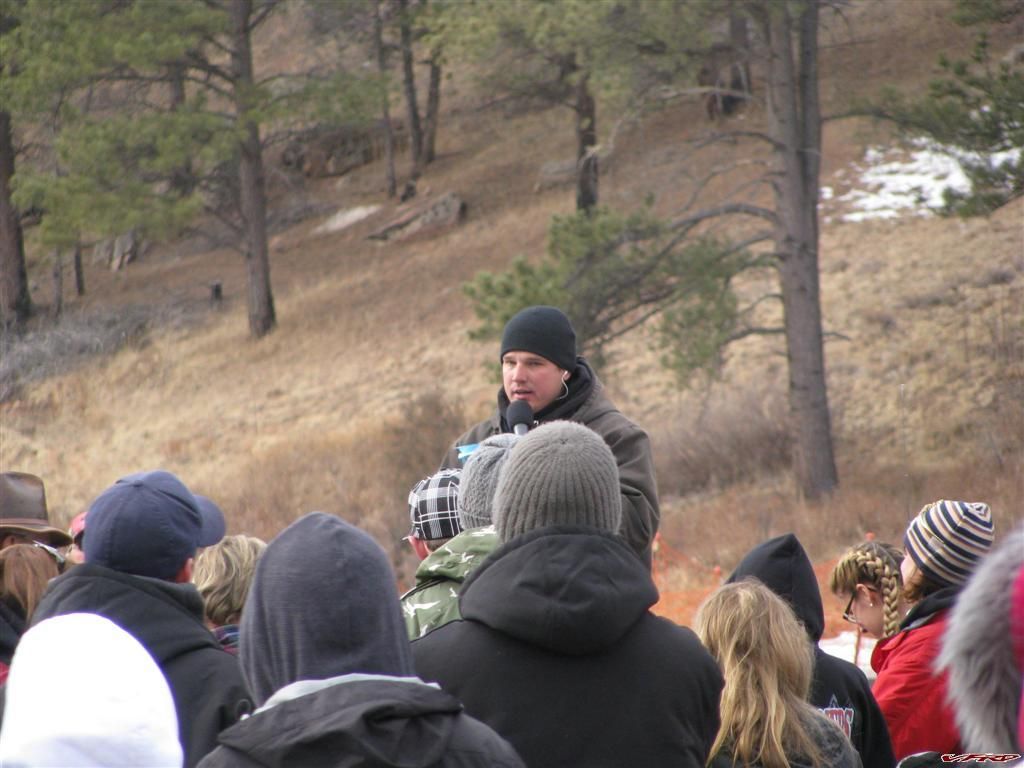 I was getting tickled at the organizer who was holding the pre race quote "bitch session" as Craig called it, he said the times he raced there is a similar type session at all of them! HEH pay to play I gotta say! It was over soon enough and everybody knew they were serious about safety and the CONES! 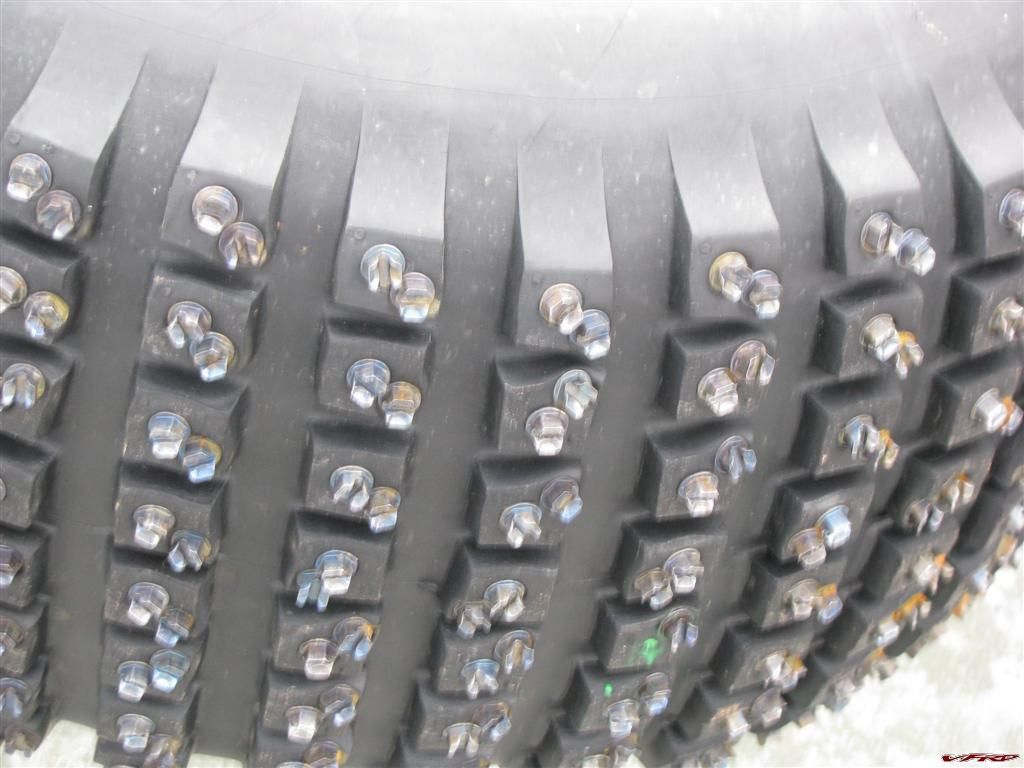 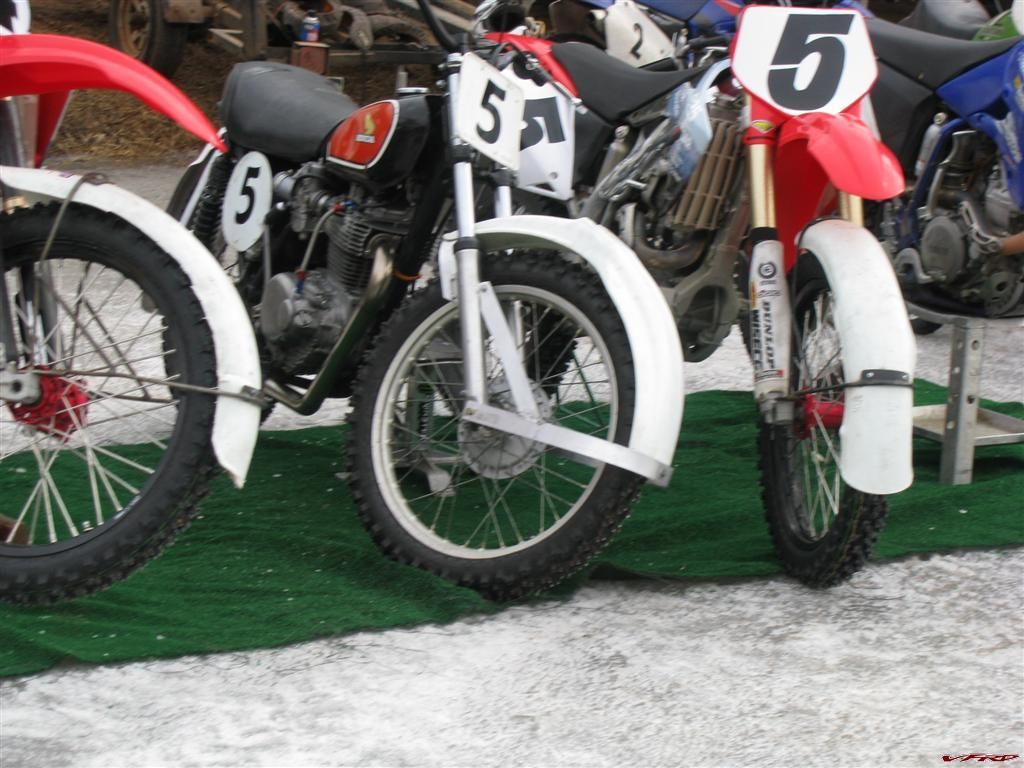 Lay out the green carpet 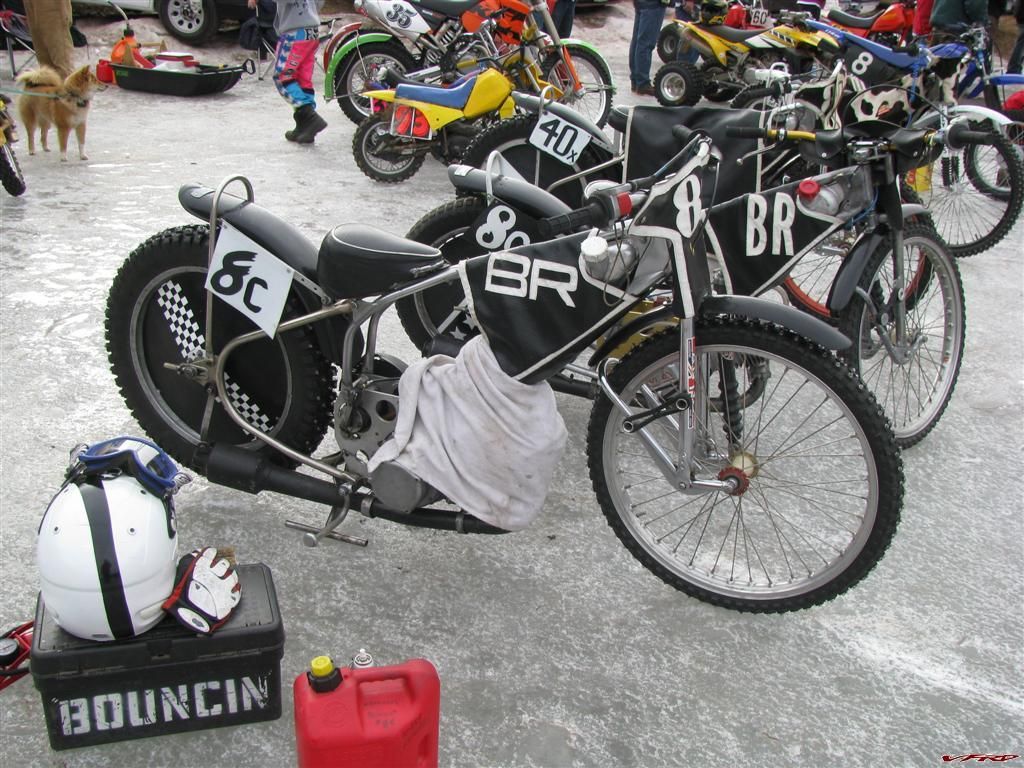 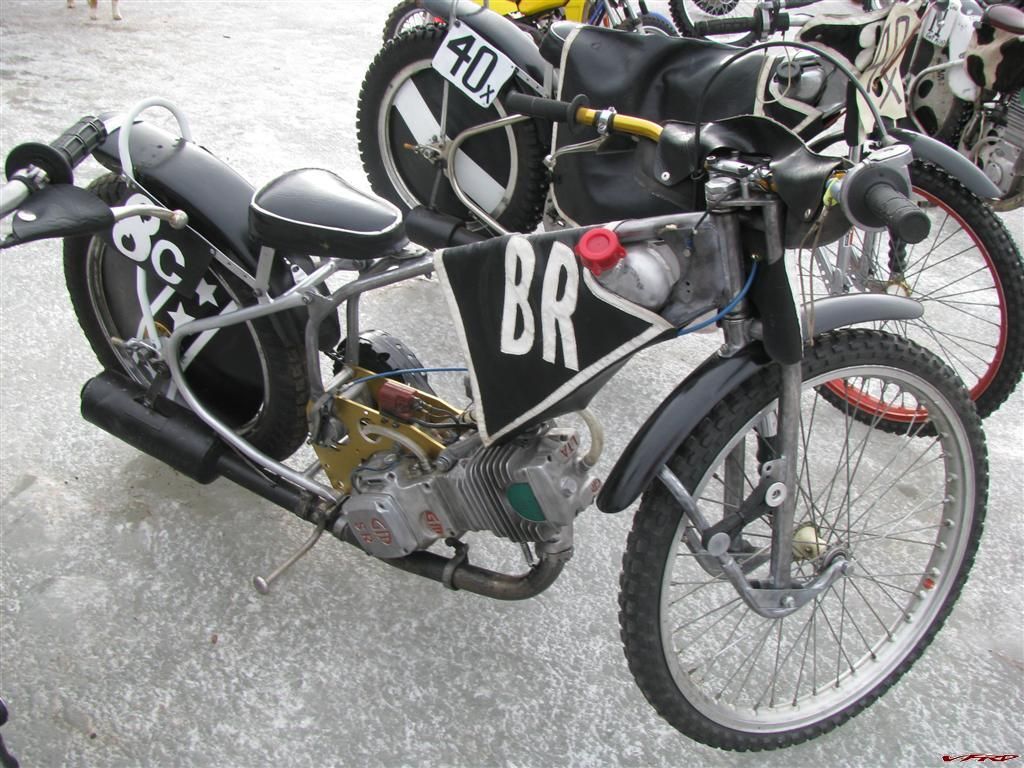 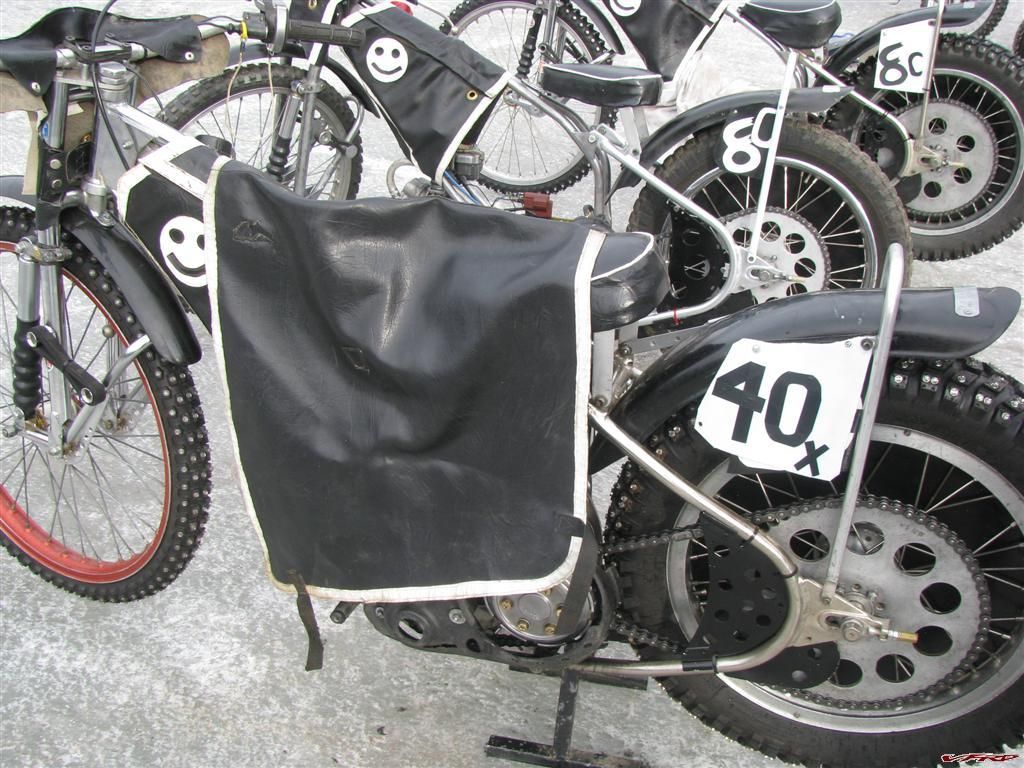 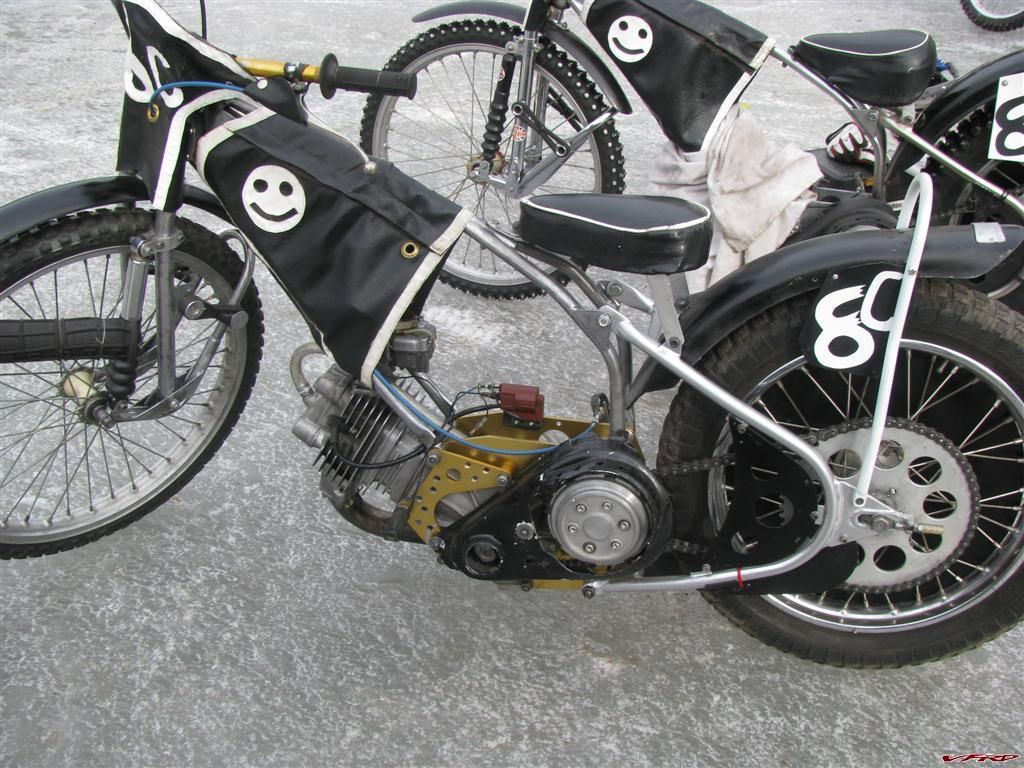 I was facinated by the speedway bikes, stripped down to almost bicycle like frames, small aircooled engines, no brakes just pure sideways fun having motorcycles - they harken back to the days of board track race bikes, and to me look like living history. 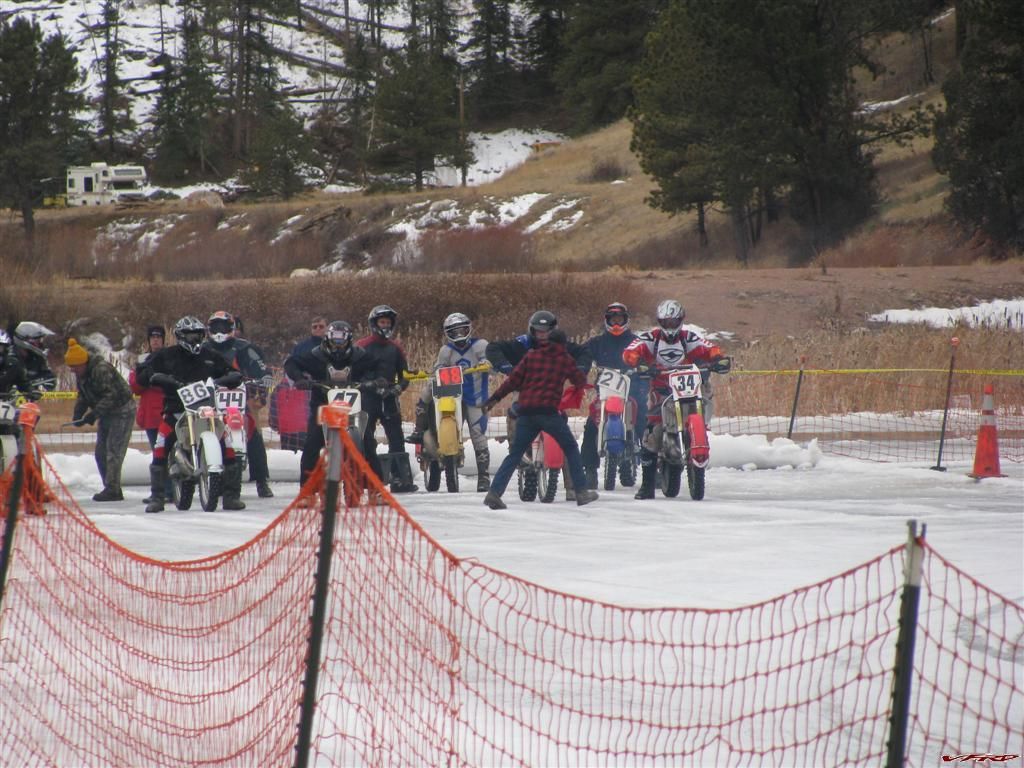 On your mark, get set! 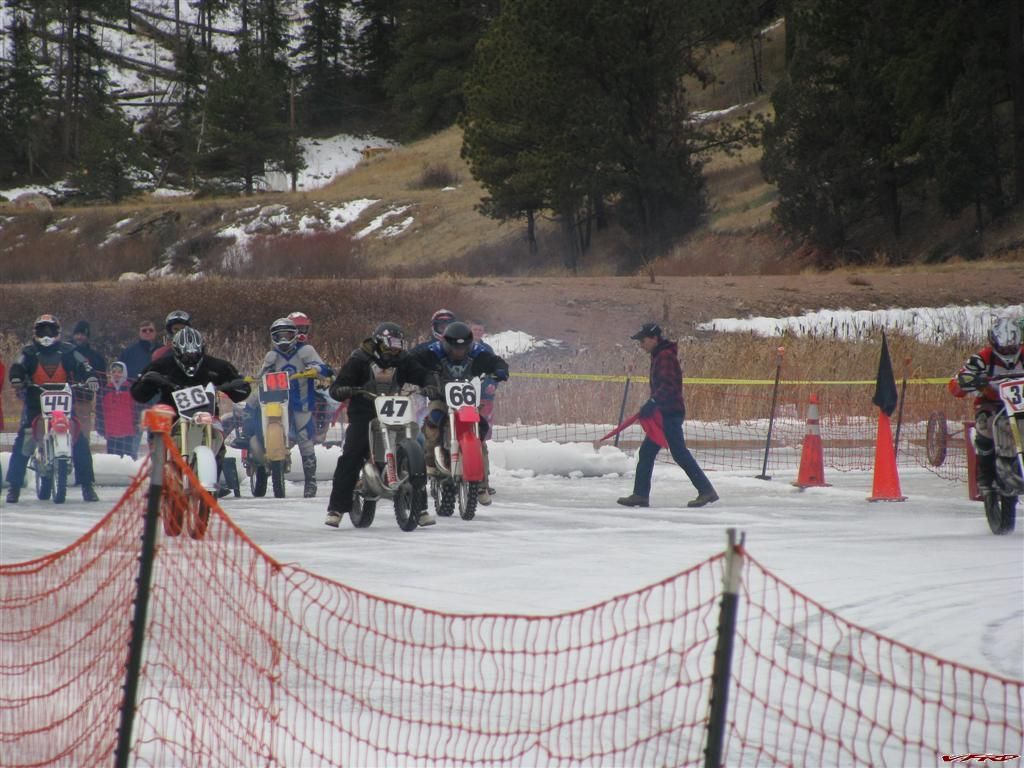 The name of the game? get the hole shot! 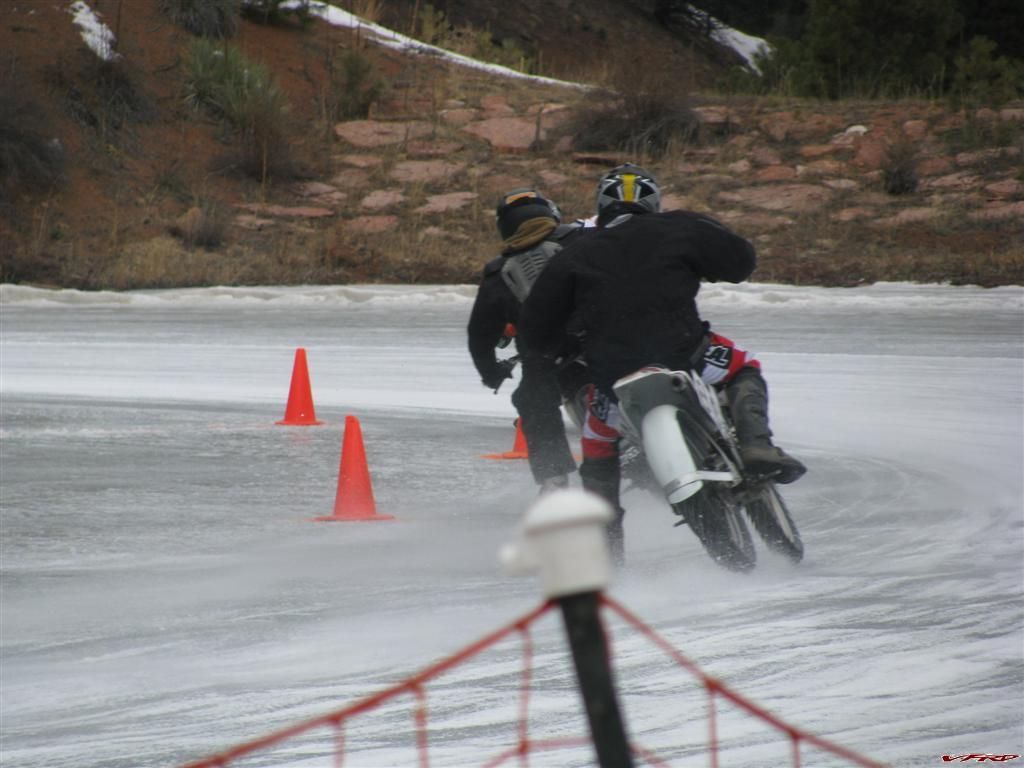 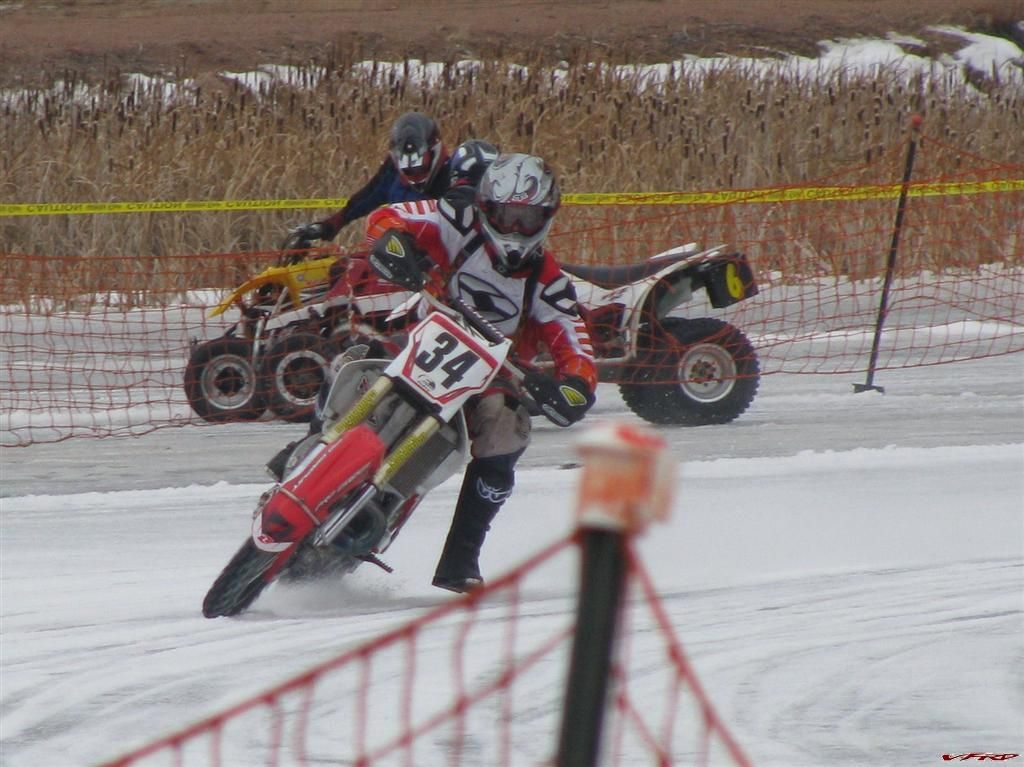 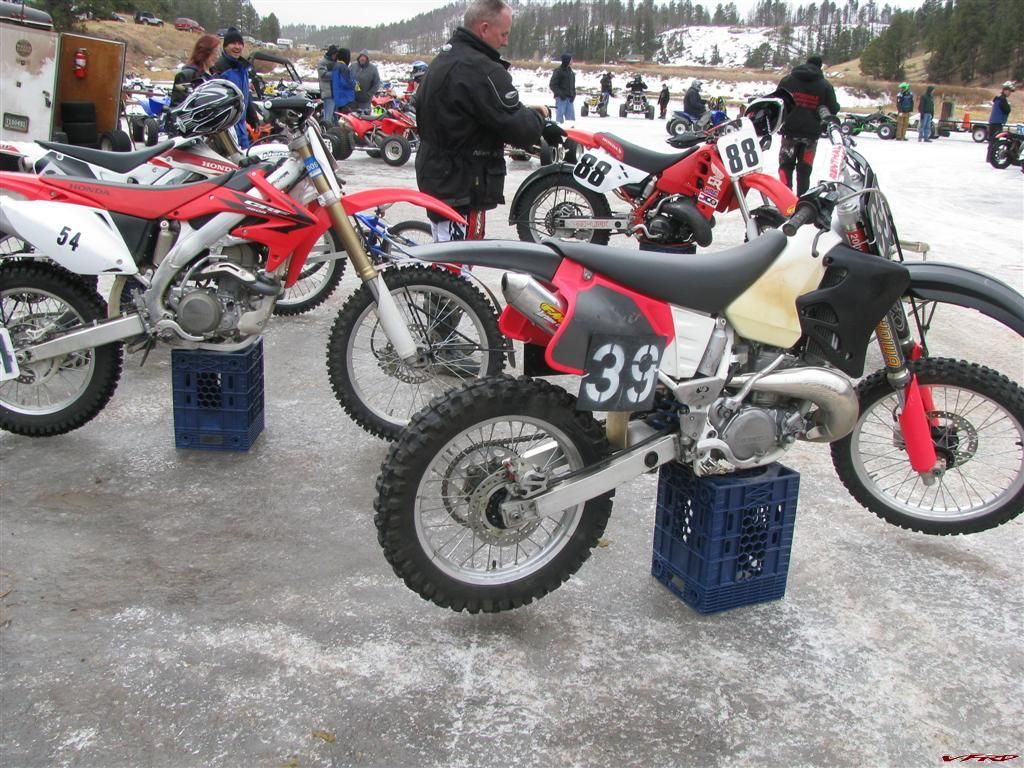 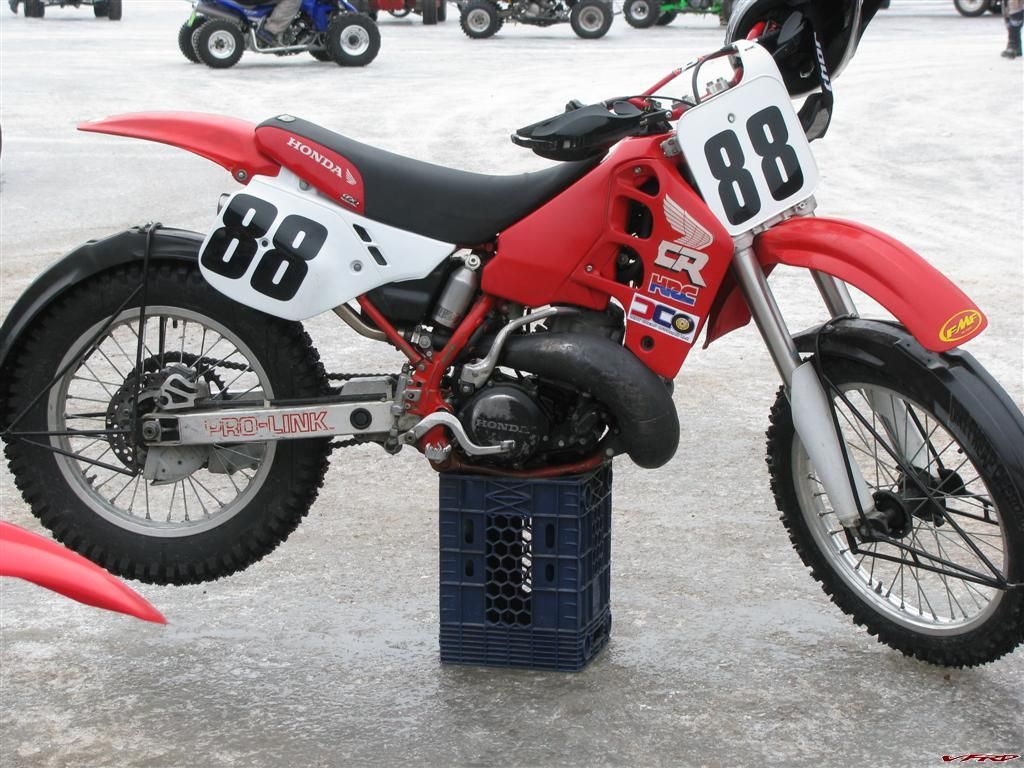 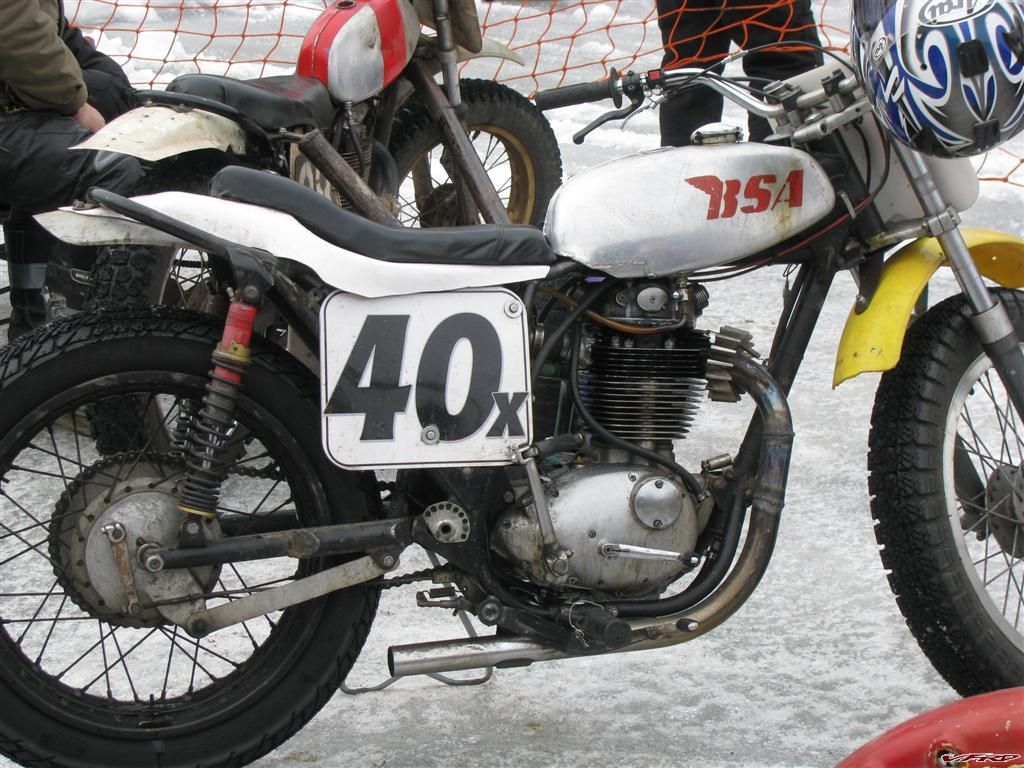 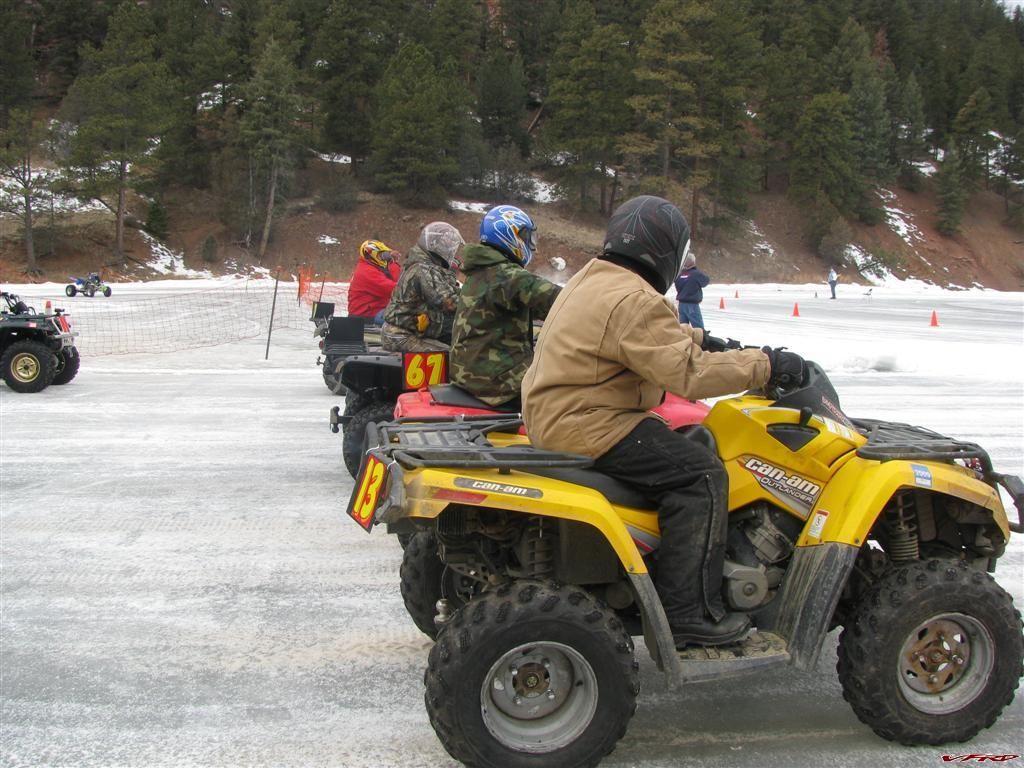 Even raced UTILITY ATV'S I think if they could put studded wheels on a washing machine they would race it. 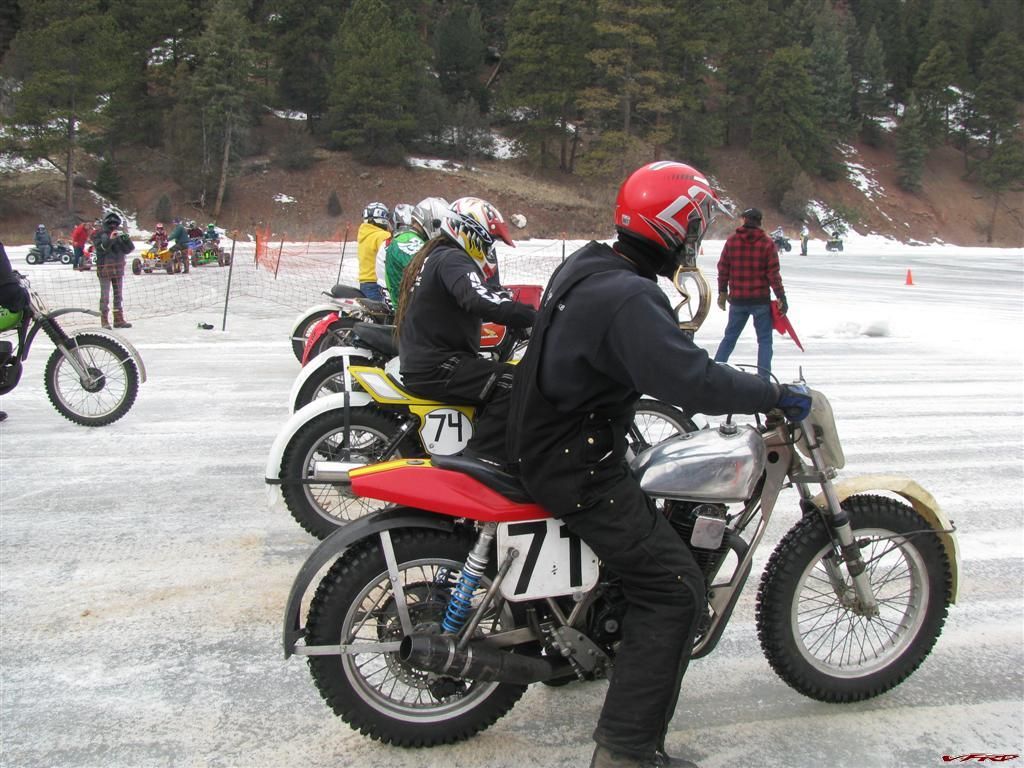