Somebody said they saw Bigfoot here according to Google Earth so I marked it on my map and went and looked for myself.

I like to look at maps, I can spend hours pouring over a topo map. Then I downloaded Google Earth - wow this is a map lovers wet dream. I was logged onto Google Eath last week clicking along a few roads I know. They got this nice feature where you can click an icon and see a photo somebody uploaded of the place. I was clicking along this dirt road I love, called Phantom Canyon. Its north of Canon City and a bit west of Pueblo, hwy 67 is its number and takes you up this dirt road to the old gold mine area of Cripple Creek/Victor. Anyway I was clicking on the pictures and so I clicked on this other icon, which popped up a Wiki reference to BFRO? What the Hell is BFRO? So I kept on clicking and found this

Some Yahoo reported seeing BIGFOOT at that spot and it was marked as such on Google Earth! I about fell out of my chair laughing. Freaking Bigfoot? Aww I gotta go see this place! What better way to go scare the crap out of yourself on Halloween than to go looking for Bigfoot eh? I read some more, there were more sighting on Rampart range too.

So it was about noon and so I packed my gear and my tent and went out to go look for Bigfoot. First I headed to Rampart Range Road, a nice mountain back-road that takes you near Denver, its popular with offroaders, somebody reported a Bigfoot sighting there too. I had to go see. 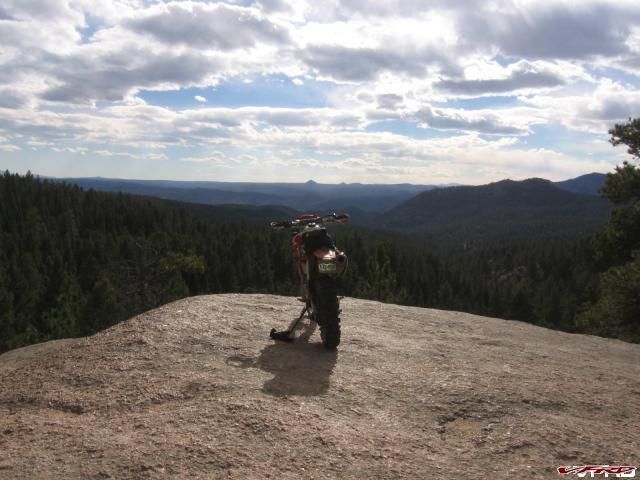 Rampart Range near Devils Head, you can see Signal Butte and some smoke from a fire up near Florrisant 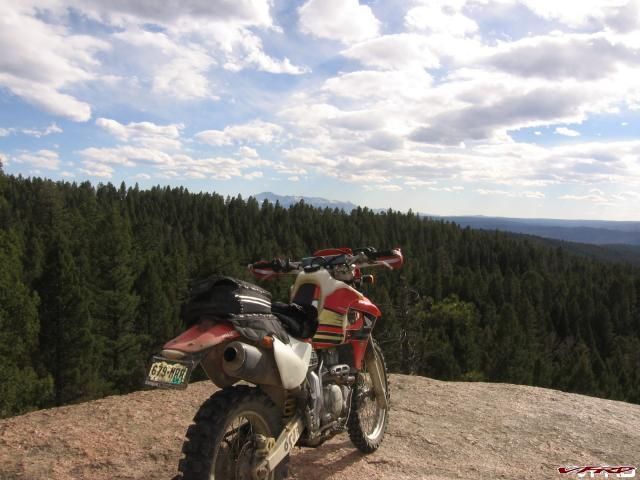 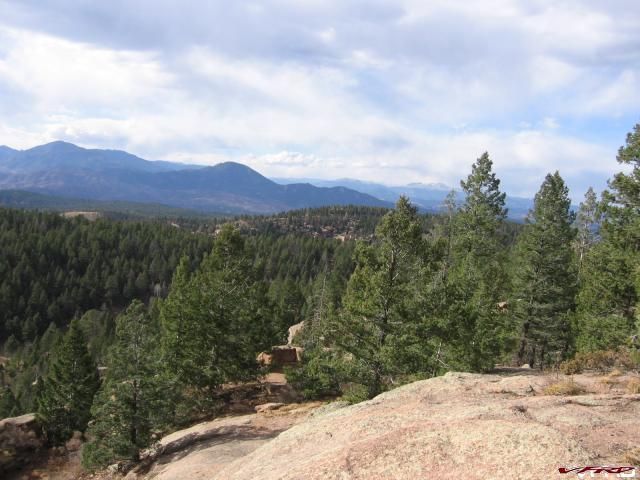 Mount Evans off to the north Rampart Range 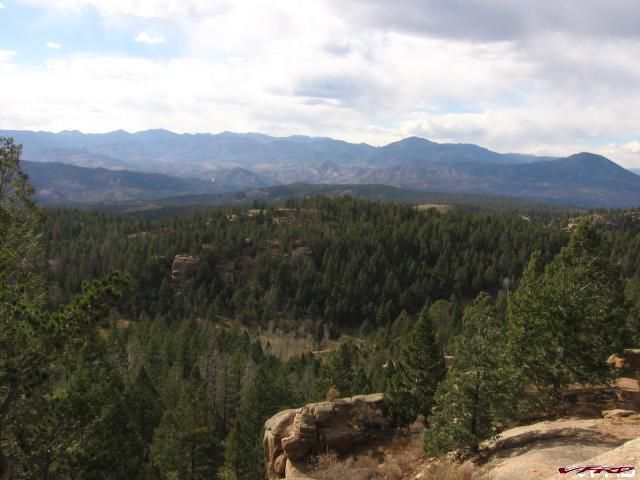 There were so many campers and dirt bikes out there I concluded NO WAY would Bigfoot hang around here! Way too many people to be a good spot to chill and eat Bigfoot Big Macs! So I got off Rampart Range Road and headed south on hwy 67 to Deckers, it travels along the Platte River and its nice and windy, I was just cruising it at 50mph or so. You can lull yourself to sleep on those turns its mesmerizing. Then I headed up further to a fire road near Westcreek, only to find that 7 miles into it that it was closed. I had been battling with snow the whole ride, every time I got into the shade of some trees I would hit a patch of snow and ice and the Big Piggy would want to swap ends, this thing is heavy and it hates snow! That was the really scary part, heading down a 15% grade on snowy icy dirt road! But I managed.

So I know this Westcreek Road well enough but I wasn't about to turn around, I stopped in the village at Westcreek and looked at a map posted at the volunteer fire department and ran into two fellas out riding around in a John Deer ATV. They said they knew a short cut to Divide and to follow them for some 5 miles up the road to the turnoff. SO I did, at an incredibly excruciating pace of 25mph> boy I was getting antsy, then a Suburban assault vehicle rolled in behind us and started tail gating me - naw I wasn't having it, see ya guys I will find it myself. I turned off on cr road 33 and headed south and low and behold I found this familiar trail 717! I know that trail! My friends took me up here last summer! Off I went on the trail, and Jobs it was bumpy! Whoops whoops whoops as far as the eye can see nothing but whoops. I stayed on it till the next fire road and got the hell off of that shit! Every time it went down a gully I had to push the damn Pig out of mud and snowy icy crap!@ Whew I survived it! That was the real scary part being alone on some semi expert trail on a big ass XR650 I had to find this road!

after an hour or so on the trail those fire roads seemed like gold paved dream roads! I was soon in Divide and heading toward Cripple Creek/Victor. I have been in Phantom Canyon several times up always heading up it - never down it. This time I would go down. It seemed like a completely different road to me. 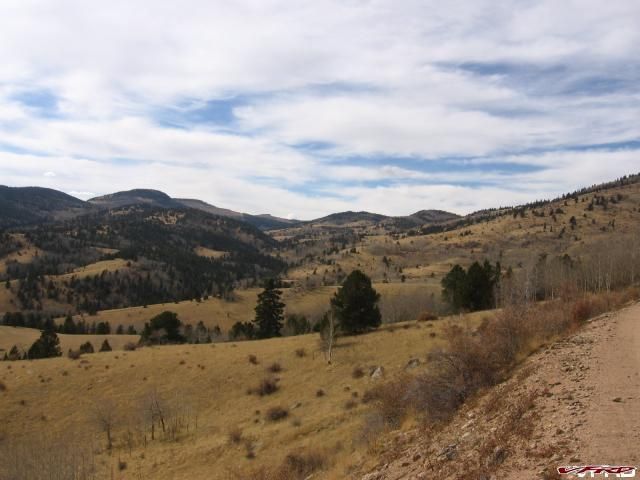 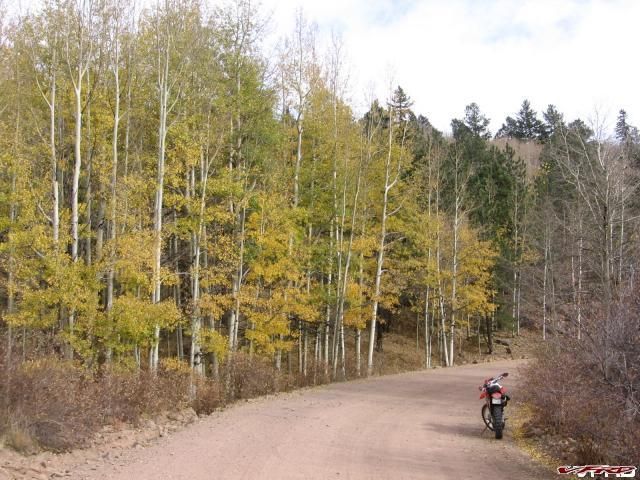 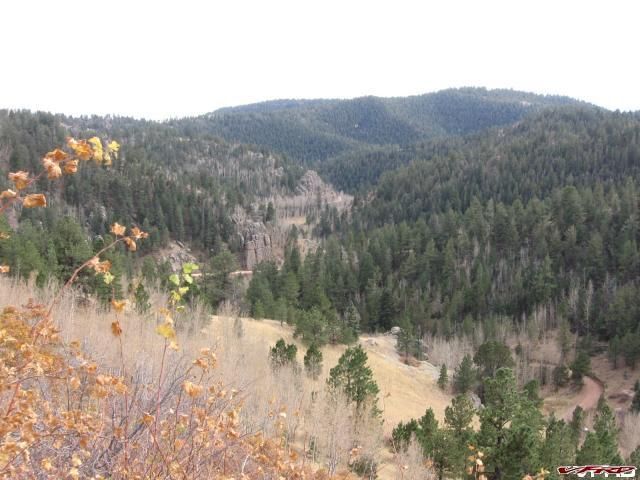 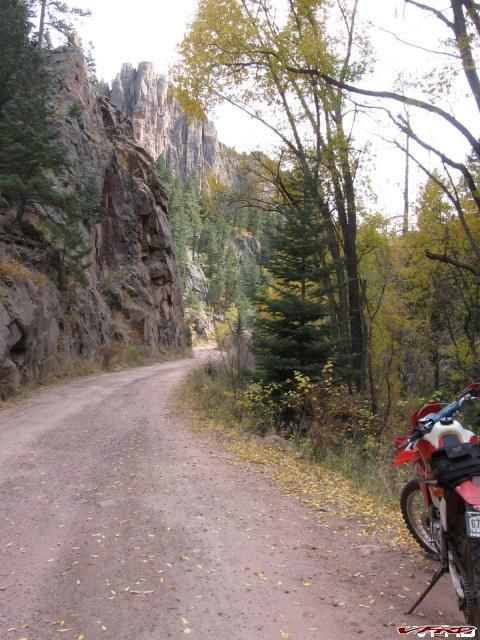 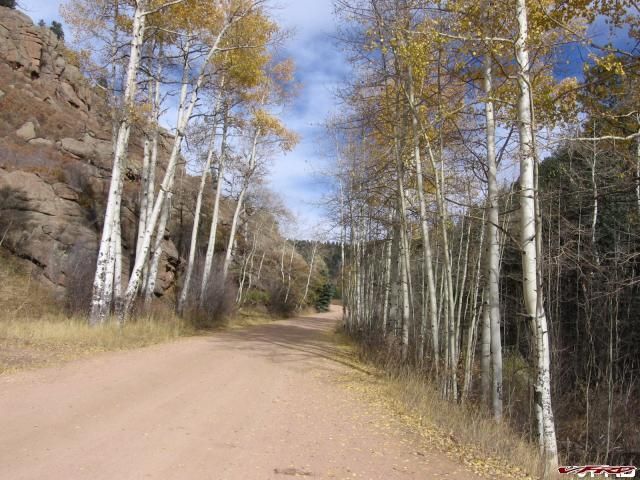 Not many leaves left on the Aspens Phantom Canyon

Some Jackass said they saw Bigfoot here according to Google Earth so I marked it on my map and went and looked for myself. 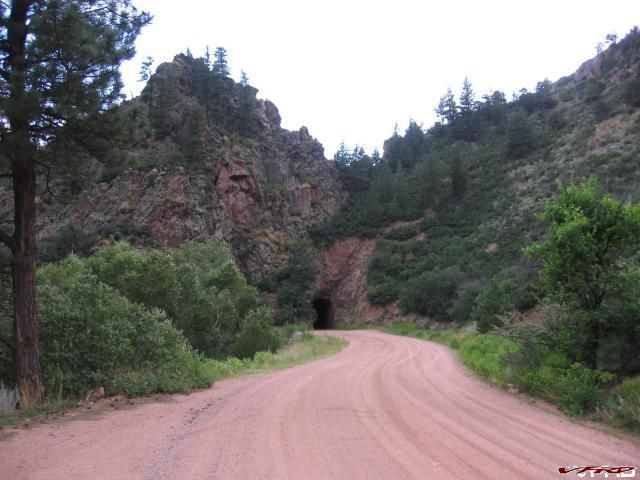 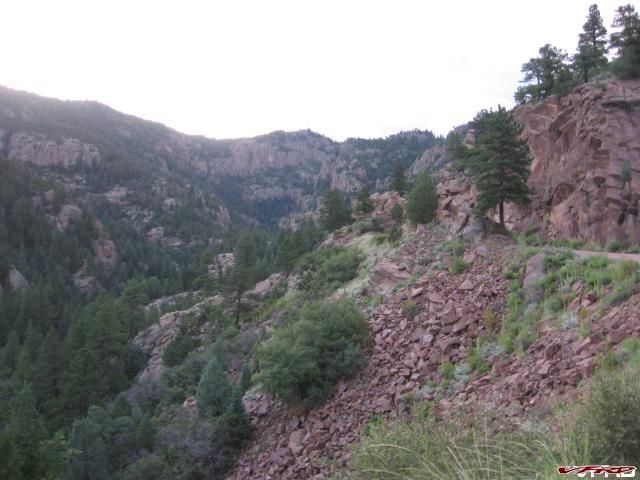 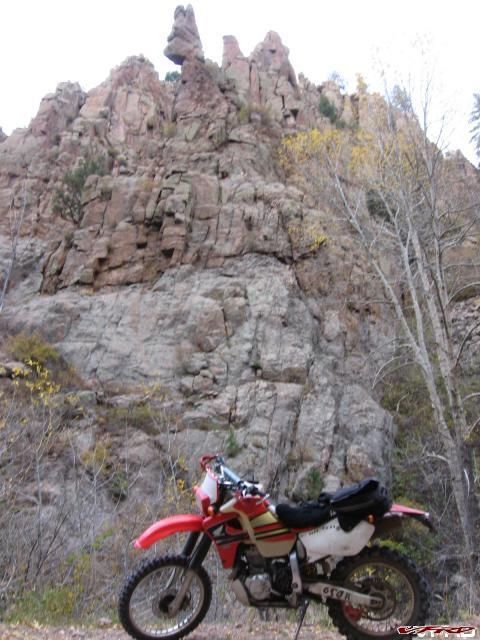 BigPiggy - Bigfoot maybe they saw the XR and not a big furry animal?

I rolled down to the point where the Bigfoot sighting took place and wondered around for an hour or so looking at Cow tracks, cow poop, and beer bottles. I saw some dog tracks, and deer tracks, I think I even saw a cougar track but no BIGFOOT tracks. The Mountain Lion track did sort of alarm me, it was getting late and I set up camp further up the road. I slept under the stars and heard every little thing that went on. Cows mooing - the wind in the trees - and a skunk smell ewwww. I managed to be rather entertained by the whole experience. Bigfoot where ever you are - I owe you a beer dude!