voltage drop when on "ON" position - bike won't start 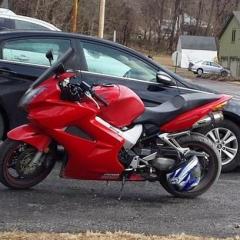