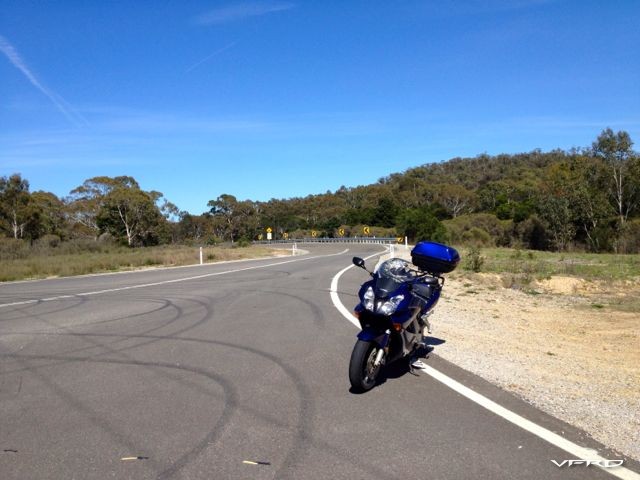 It seems the only time I get to do a proper ride these days is when work sends me to Canberra. That project is closing up soon, so that will go away as well. I'll have to sort something else out that makes me go to Canberra for work.

I rode down the freeway, leaving home at about 0230 (0800 Meeting). It was a bit warmer than last time (when I was stupid!) and leaving home was about 7C, Canberra was 0C by the time I got there, but mostly it was around 4C, quite manageable. I only made a single fuel/rest stop and made great time arriving at my accommodation about 0530. I did ride through drizzle for about an hour, but it was light and the road never got wet, and neither did I. Lucky as I packed lighter and left all my rain gear at home.

I also packed so that everything was in my top box, no backpack or tank bag. I found it a bit better on the return trip as I could ride normally.

Learning from last time, I had a room booked so I picked up some keys, turned on the heaters and dived into bed, getting an hour or so nap, before having to start my day properly. Much more humane than last time spending a hour curled up on a radiator in the common room, shivering! 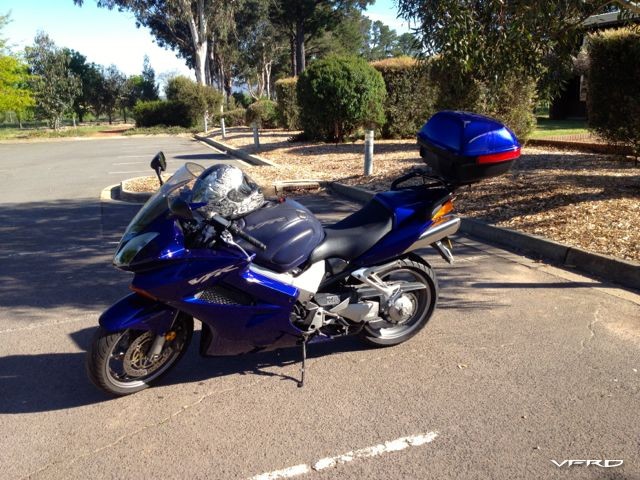 The next morning I lazed in bed as I waited for the sun to get up a bit. Last time I rode off with the sun almost in my eyes for much of the ride. With sun up at about 0600 (we're already on summer time here now) about 0830 I was out loading the bike. My plan was to once again Head to Queenbeyan, Tarago, then up the road through Bungonia, popping briefly onto the freeway, before back to Highland Way. That's my third time this way. I then planned to skip Moss Vale etc and perhaps take the Hill Top exit and head up to Picton. No pressure from home this time so I could take it easy.

On the road, and it was a pleasant 8C and bright and sunny, warming up well. Passed a couple of groups of bikes, all loaded up headed the other way. As I cruised along towards Tarago, more bikes came past. I felt as if everyone was asking me "Hey why are you headed that way, everyone is going the other way??"

And I know where they are all headed and I would love to turn around and join them. This weekend is the MotoGP at Phillip Island. Casey Stoner's last Aussie race. It would be nice if he wins, but I'm not sure his current performance is up to it? We'll see. 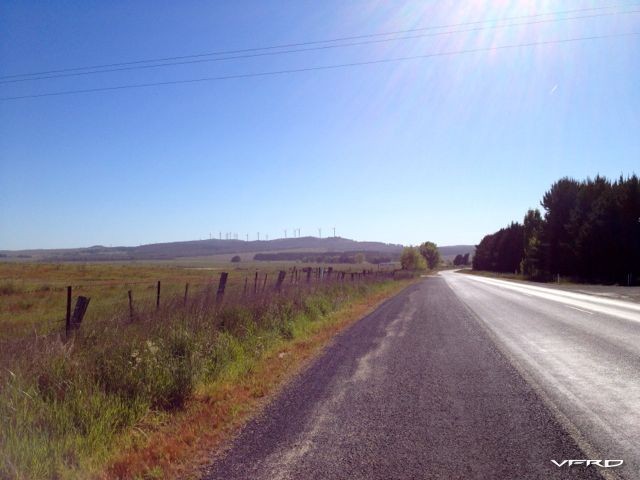 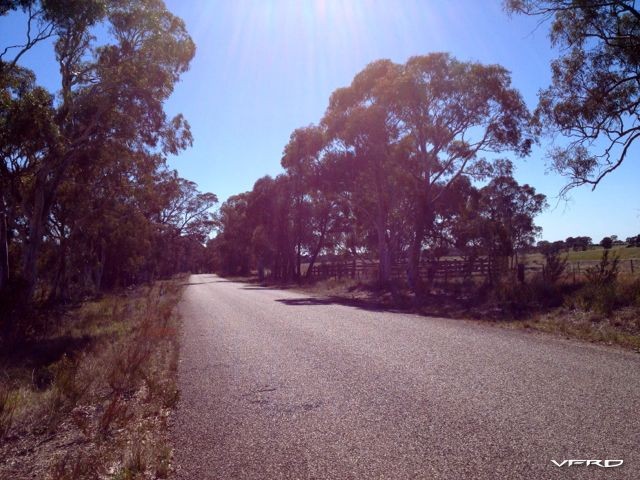 Yes i know they all look straight, but with no room on the side of the road to pull over I stop in places where the traffic is going to be able to see me and react, not come halfway around a blind corner to find some crazy rider taking photos! I rather not become someone's hood ornament :)

Ah, that reminds me... no wombats this time, but I must have seen about 10 or more kangaroo/wallaby carcasses on the road on the way down in the night. I kept trying to decide if it would be better to ride behind a truck so he hits the roo, not me, but I think getting covered in offal would be rather gruesome. On the way home, as I rode from towards Bungendore I passed at least two abandoned cars with crumpled fronts. Skippy is all muscle too, like the wombat.

I passed through Tarago and got some odd looks from a pack of riders when I headed down the road towards Bungonia. I think I know why, as that leg I saw about 2 bikes. Until then I had passed about 50 - 80 bikes. I think not many people know about the leg from Tarago through Bungonia, and all these other riders where taking the turn from Queenbeyan to Tarago.

Riding from memory, I only got stuck for a moment at one turn trying to decide the right way. 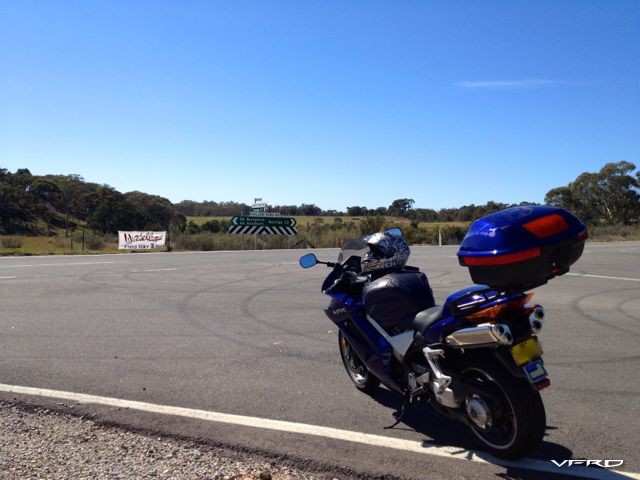 But I stopped and had a break, munching on sushi from my friends shop (Hero Sushi in Tuggernong, go there) while I pondered the two options. I turned left.

And that was right.

So I eventually hit the freeway, dashed about the kilometre to the start of the Highland Way. More bikes again, all pulling me to turn around, join them....

No I'll be in a wee bit of hot water if I came back on next Tuesday after the race... probably not be allowed in the door!

Highland Way, duck out at Sutton Forest again. Along the freeway to the Yerimbol/Hill Top exit, and cruise along to Picton. 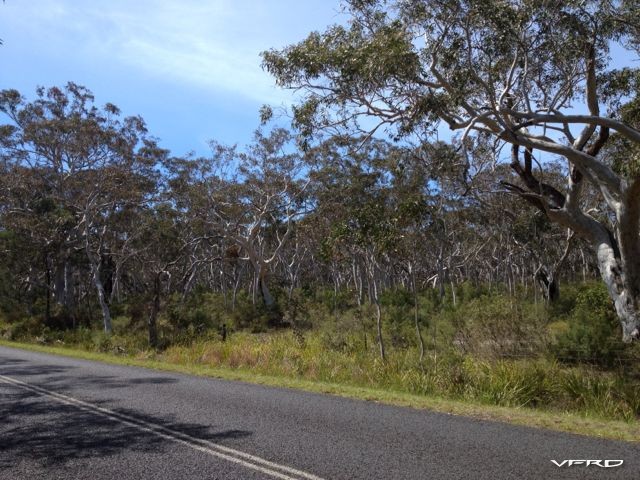 These are called Ghost Gums, as their trunks and branches turn all white.

At Picton I had three options, back to the freeway, northish towards Camden, or Menagle Rd to Campbelltown. Freeway, last choice. I decided to head to Menagle Rd as I hadn't been that way in a while and I've done the Camden way a couple of times in the last couple of years.

It proved a solid choice and a quite swift ride I was in Campbelltown, hunting the freeway entrance, for the dash across the city to home.