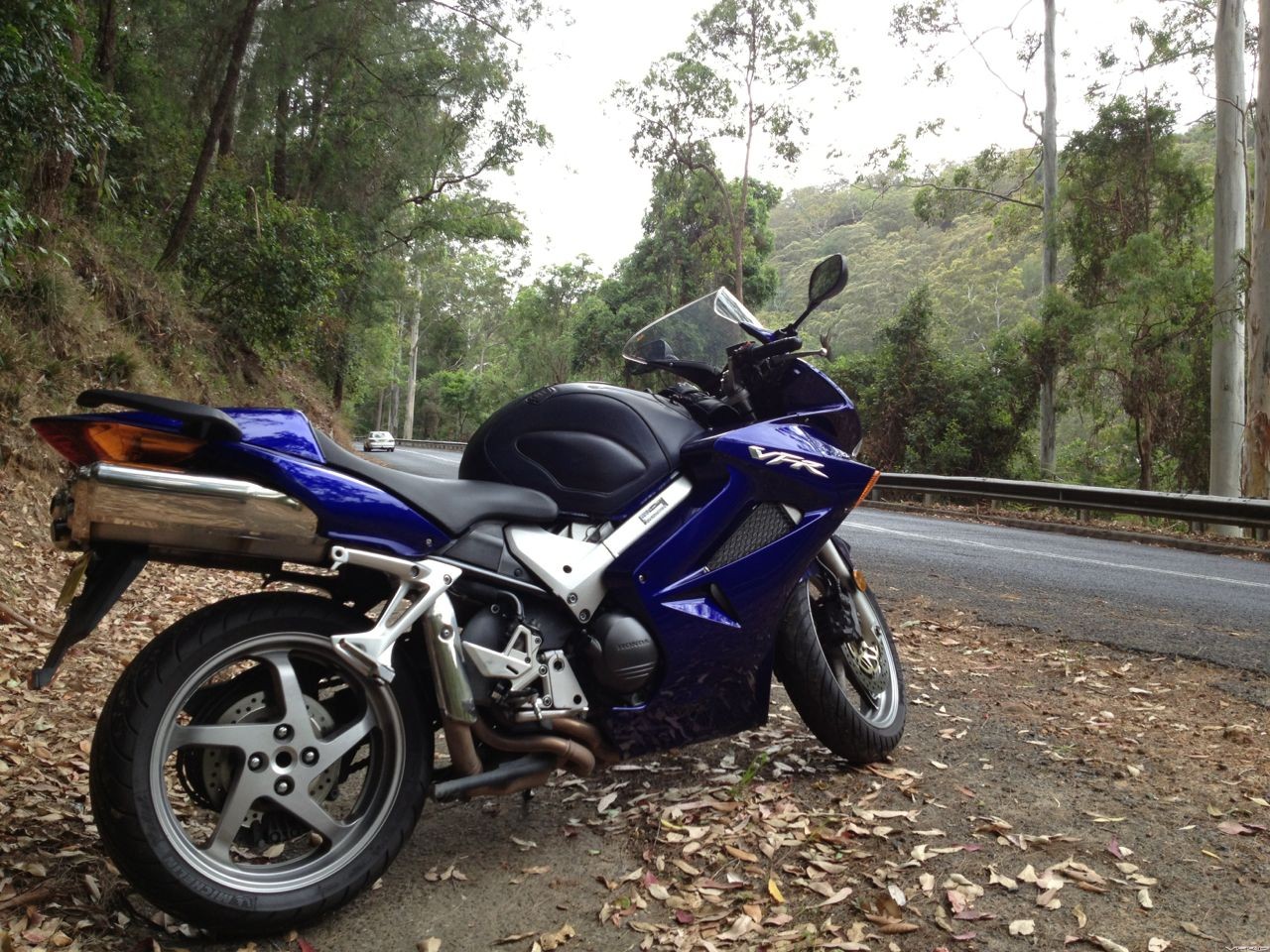 Christmas and New Years are gone and my holidays are almost finished. The wife starts back tomorrow, so today, my last chance, I got away for a ride. I decided to head north up Wiseman's Ferry. I wasn't sure if I would come back on the Old Pacific Highway or the Putty Rd, or even just back on Wiseman's, but I headed out about 0730 with the day free before me. I could have called up a few guys to join me, but decided that I really wanted the flexibility of a solo ride and some time to myself.

It was somewhat cloudy to start, but the forecast was for it to continue clearing with a top of about 25C. Sounded perfect. First place to head for was McGrath's Hill, the launch point really. Fuelled up here and turned up the road to Pitt Town and Wiseman's.

The trip to the ferry was a nice ride, only the last bit was a little annoying as myself and a couple of cars got held up behind some cyclists. There was no shoulder or straights, so we crawled along behind them for a while. They didn't have the grace to stop and pull off either. Interestingly as we hit the last downhill into Wiseman's they disappeared off the front. They had raced off down the hill faster than the car following dared. Crazy cyclists! 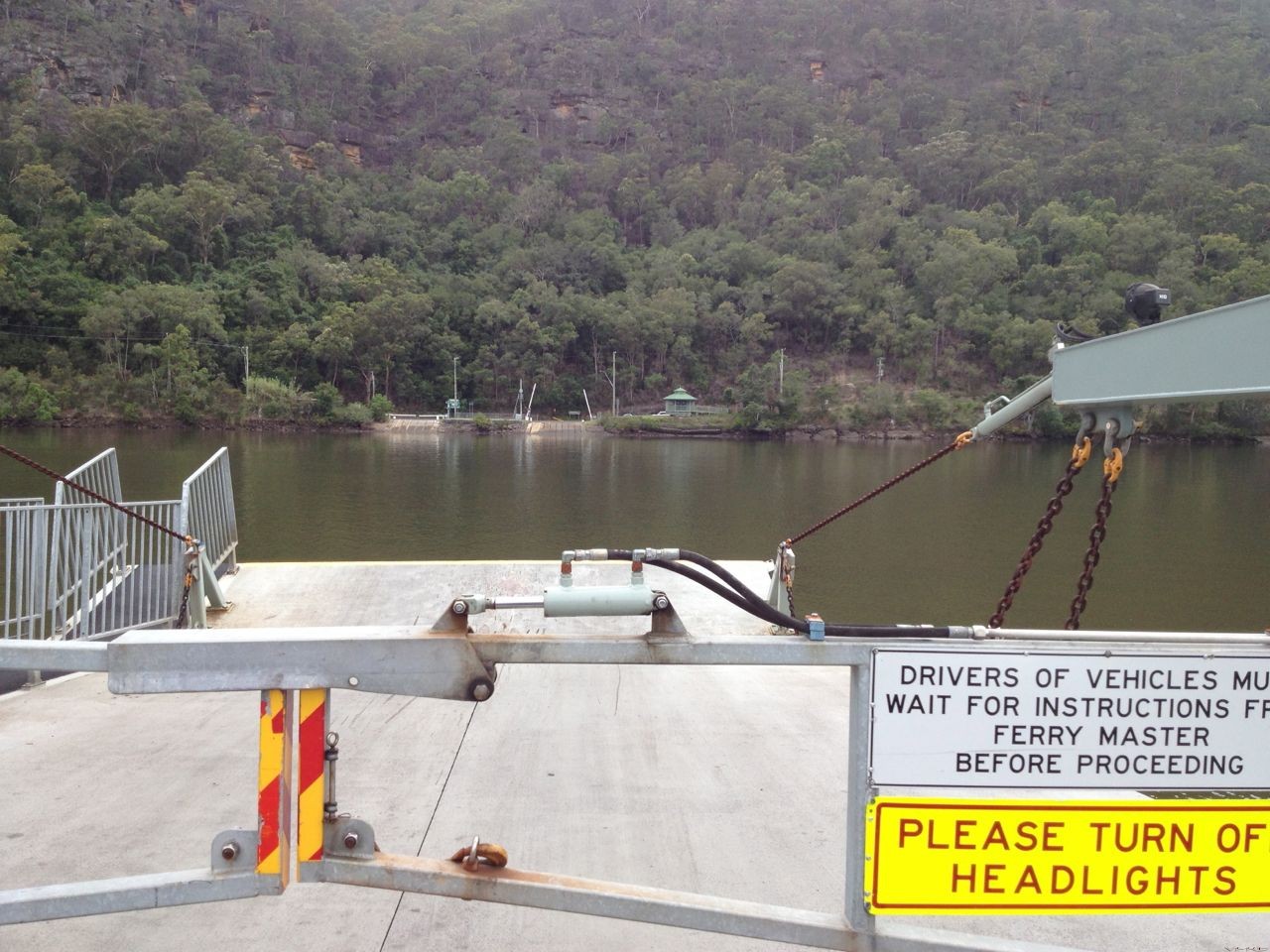 I was first off the ferry but pulled over to let all the cars go in front. Yes, I know that sounds weird, why would I want to be held up by all the cars you ask..

First up, at 0900 on a Thursday, they're likely to be locals and therefore faster than average cars. I also knew the road was a bit rough to go very quickly on a bike. Lastly, I knew I would be cautious as I was on my own, it had been a long time since I'd ridden here and I planned to practice technique and didn't want the pressure of the cars behind me. 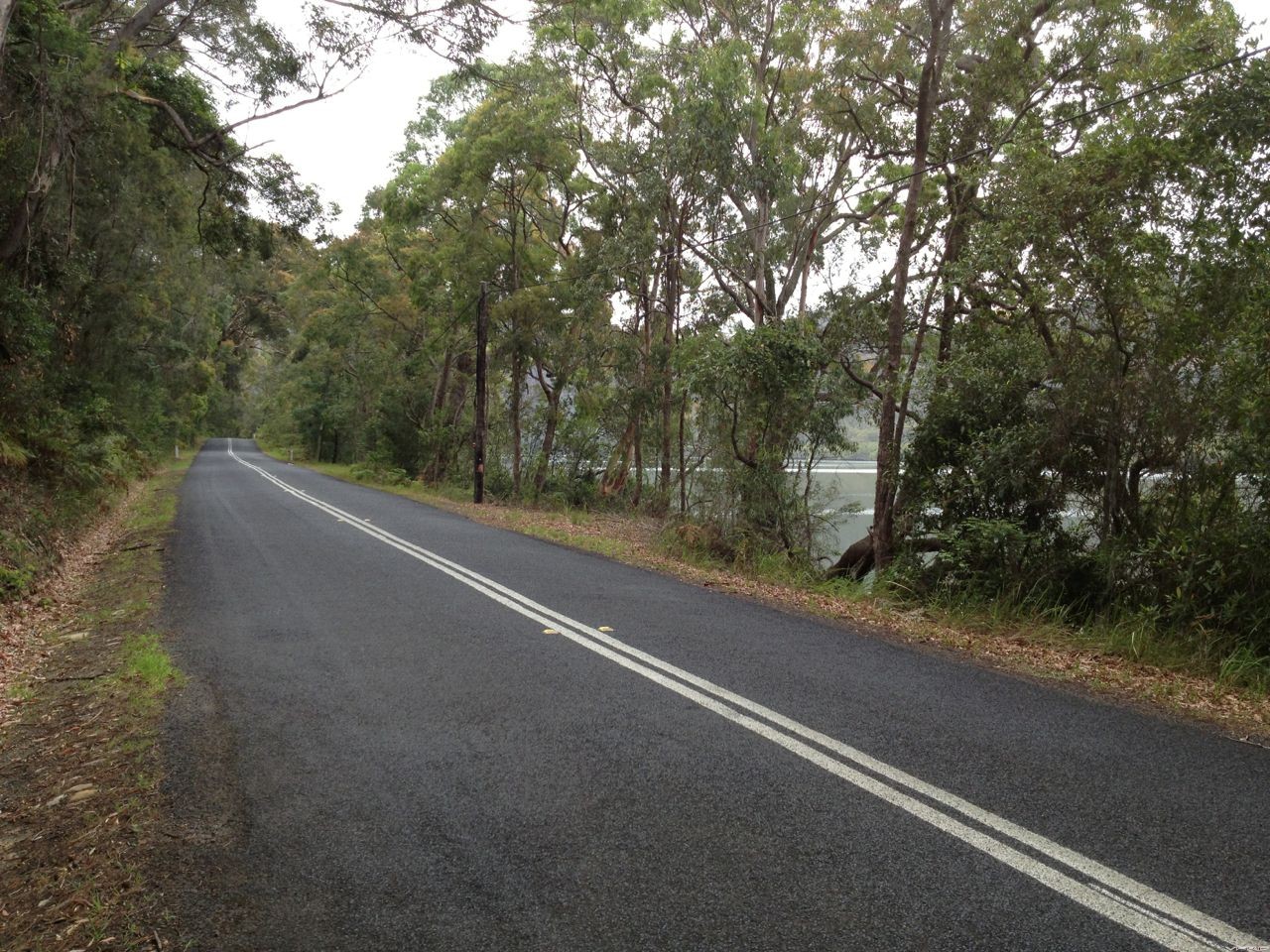 It was rougher than I remember almost to Wollombi. It's still fine to ride, but not a sweet smooth surface. I stopped partway at a place called Spencer, where I found their General Store and got something to munch on. Chatted to the shopkeeper about the road conditions as it has been several years since I came this way. The Government is apparently promising some work to smooth it out... I won't hold my breath. 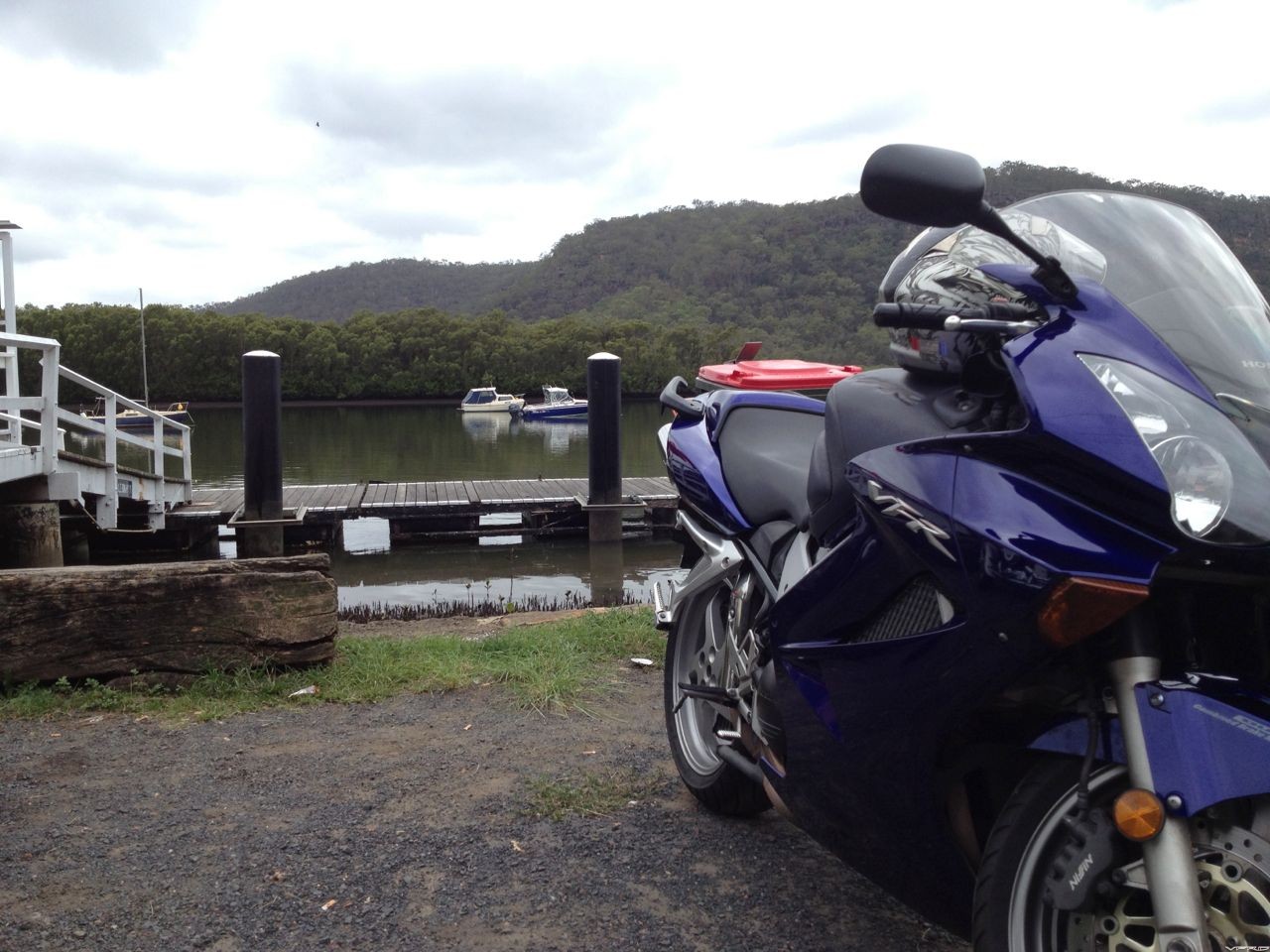 After the break I rode on to Wollombi where I stopped for lunch. This is a favourite bike hangout, but there were never more than ten bikes there while I was stopped. I even managed this shot with mine the only bike stopped at the Pub. What a difference from the weekends! 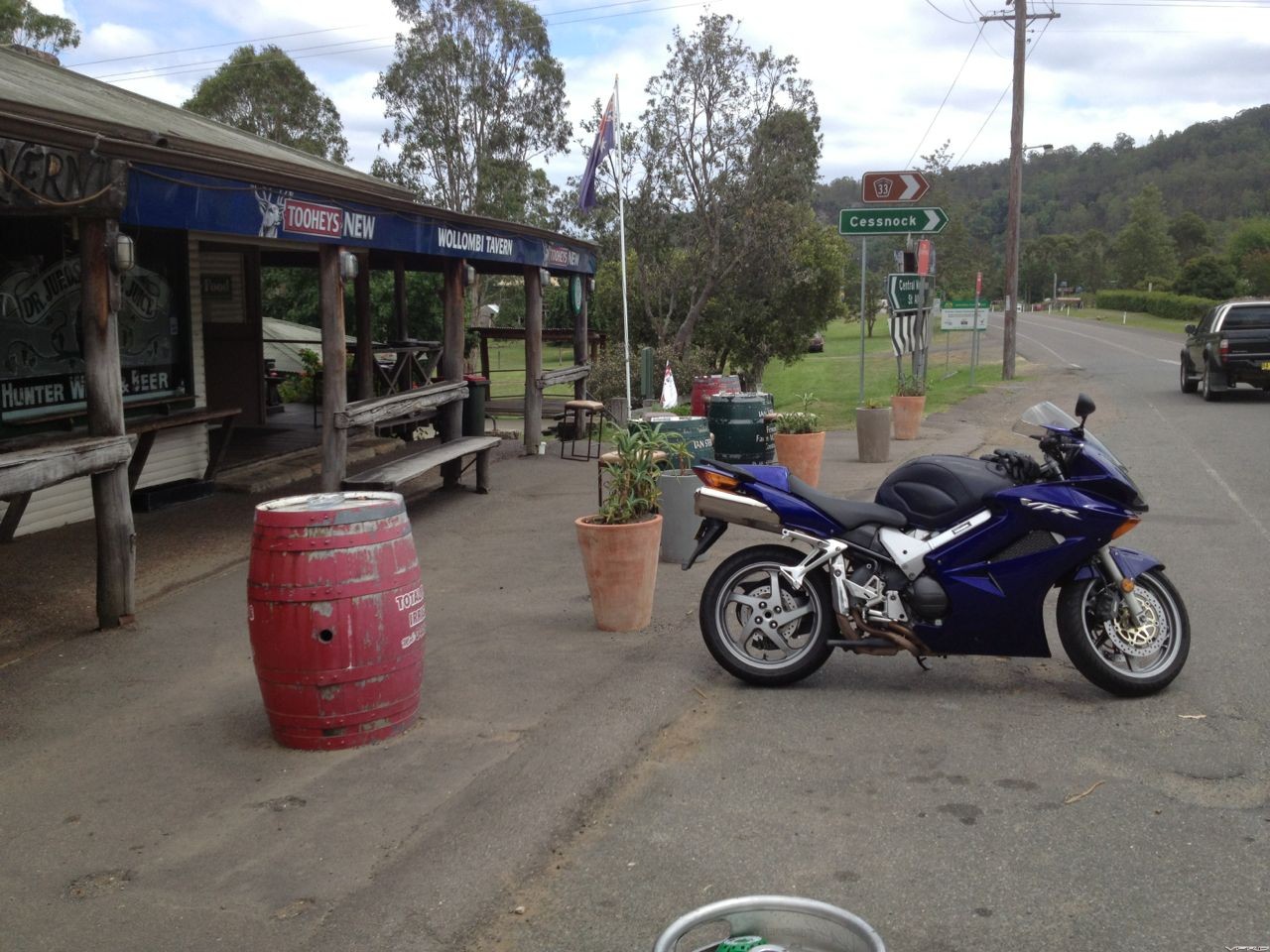 Leaving Wollombi after a large burger, I headed to Broke. The first part out of Wollombi to Broke used to have a stretch of dirt on it, but that's been sealed sometime in the past few years (update: It's been about OMG 2007 when I last rode through here). Broke still has fuel which was nice, topped up the tanks for the Putty Rd. 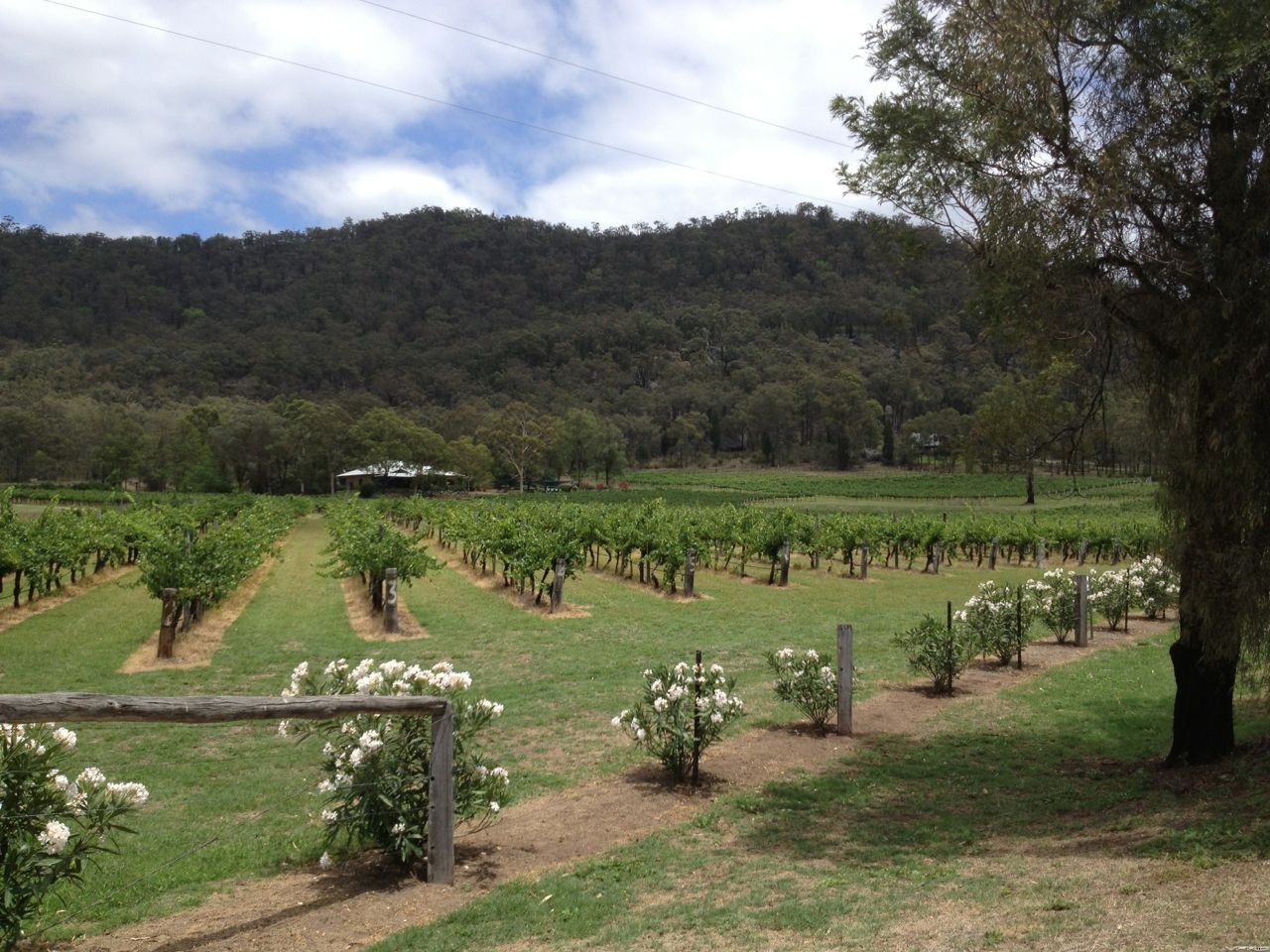 The Putty is one of the best rides this close to Sydney. Its far better than the Old Pacific Highway especially since that road has had lots of speed limit changes and such. The Putty is also in very good condition and is more than 50km long, though not all of that is twisty roads.

It is popular, occasionally dangerous and in the weekend strongly policed.

In the middle of the day, on Thursday it was pretty empty (still dangerous) and no cops to be seen.

Partway down the Putty there used to be a coffee shop, I forget the name, but its long gone now, burnt out and not reopened I think. A little further towards Windsor though is the Grey Gums Cafe which has replaced it. It has free wifi and concrete parking that is exclusively for the bikes (cars etc have to park in the gravel carpark). I stopped for an ice cream and a bottle of water before setting off on the last bit home. 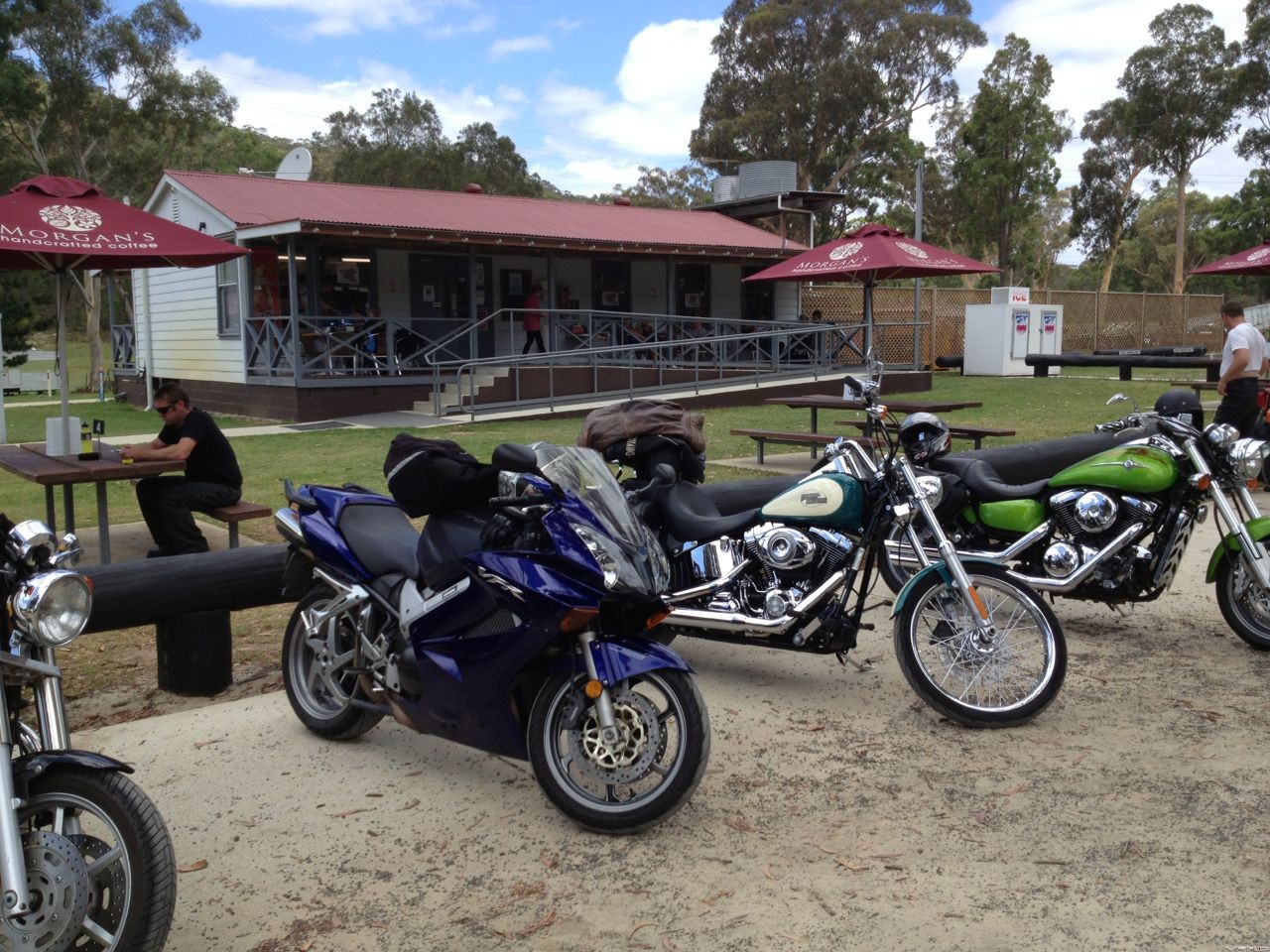 I had a really good day. I'm definitely enjoying these a solo adventures a lot more. It fits my timetable better and the rides are more flexible. And I don't lose three hours riding to the meeting spot, waiting for an hour for everyone etc etc. In three hours today I was halfway down the Wiseman's Ferry road to Wollombi.

Spotted some kangaroos crossing ahead of me today too - never actually had that happen before. Luckily the mob (that's the correct term for a group of roos) crossed well in advance and were lost in the vineyards by the time I was close, little chance of one trying to kill me.

I also had something fly in through under the chin of my helmet. I whipped open the visor which seemed to clear it, but I stopped very rapidly and took it off to check. That was definitely a new experience! 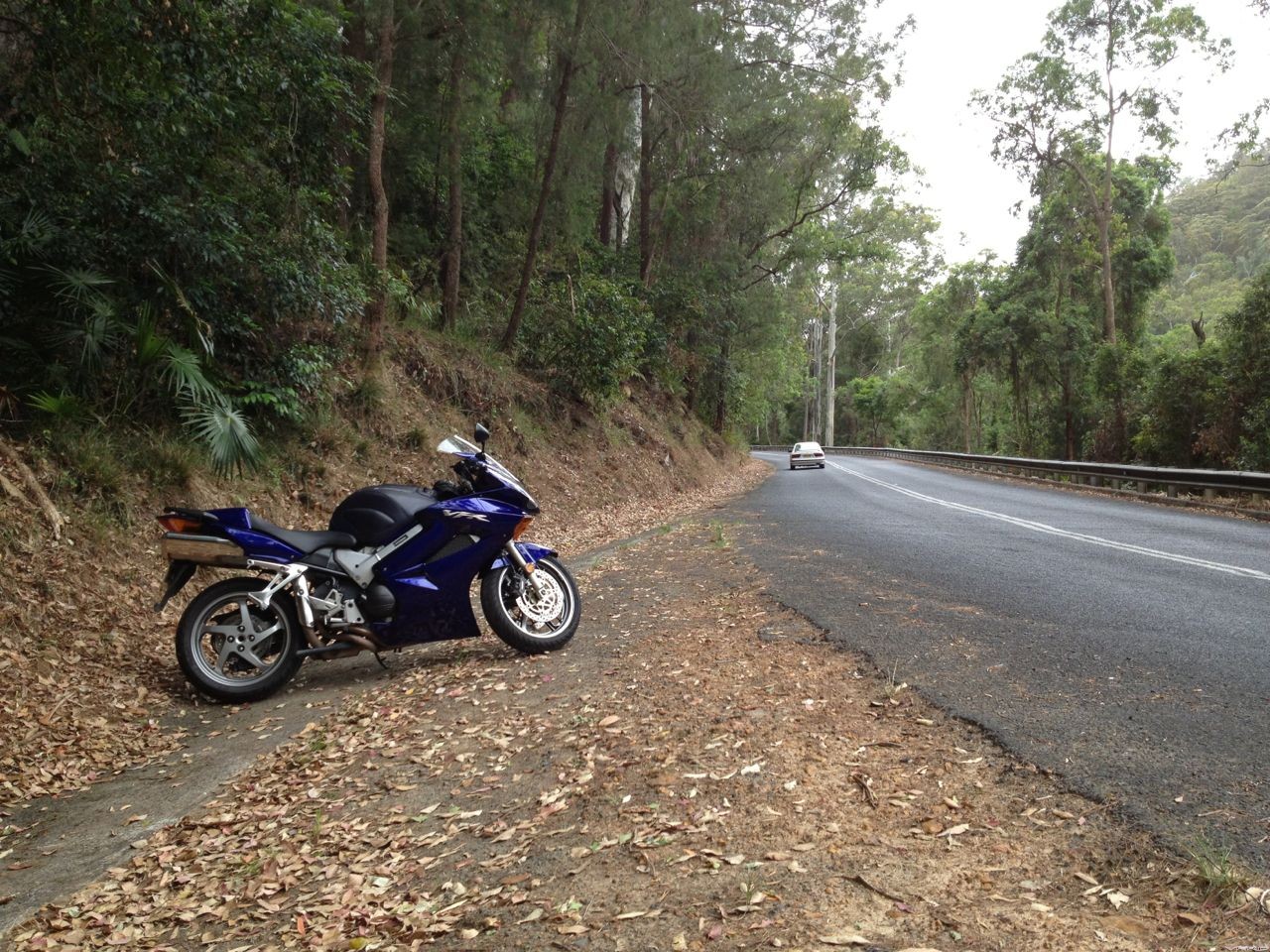