Engine GRANADED left stranded in the middle of nowhere -=SOLVED!=-

Seeing the condition of the rest of the bearing (3 main and the rest of th 3 cyl 10/10condition) I can only explain to myself that it has oil starvation on the cyl.4 Maybe that was the 'swarf issue'

You guys are too nice. It wouldn't take me so long if I didn't have the illusion I could rebuild that engine. As it turn out is not quick and cheap as I imagine. New engine is running superb. No e 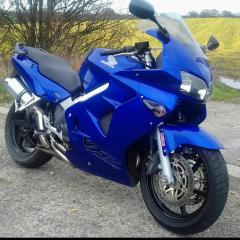 Where are you getting this information ?  This is the second post in this thread where you assume that English bikers do little or no maintenance and street race all the time.  Sure,  our wi