So today's entry is pretty short.

Have placed a want-ad on gumtree for a set of factory cans so i can do a baffle-ectomy but keep an original set as spare, hopefully I'll have some news on that soon.

Other wise I checked out the fuse holder under the seat and found pretty much what everyone has found, slightly discolored in spots and one of the wires has warm soft insulation just after running. Also noticed the headlights are a bit dicky with coming on as they should be on all the time (here in oz anyway) a very very quick tap of the starter button showed the problem is some how related. (The starting circuit/headlight relay? I'll have to have a closer look another time). Finally I just need to confirm this coming week with Honda as to whether the my bike has had the recall carried out as per...https://www.productsafety.gov.au/recall/honda-vfr800-motorcycles (A well know recall here on this forum).

Below are some photos of the various scratches and scraps I've found so far, and the previous owner has chucked on a set of Metzeler Racetec RR tires that were left over from his sons 600 super sport (sponsored) bike.

Overall pretty good nick for the age and distance traveled. 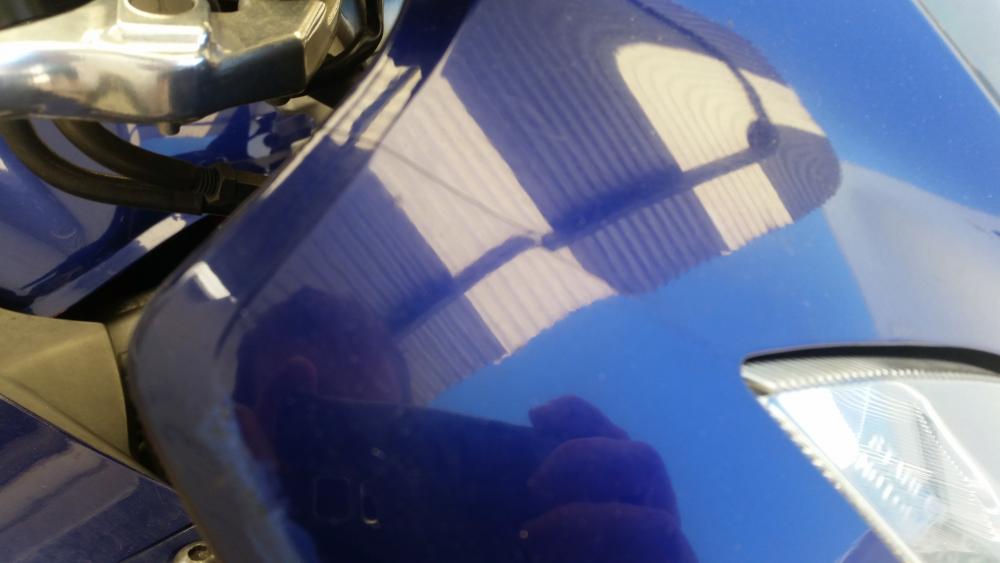 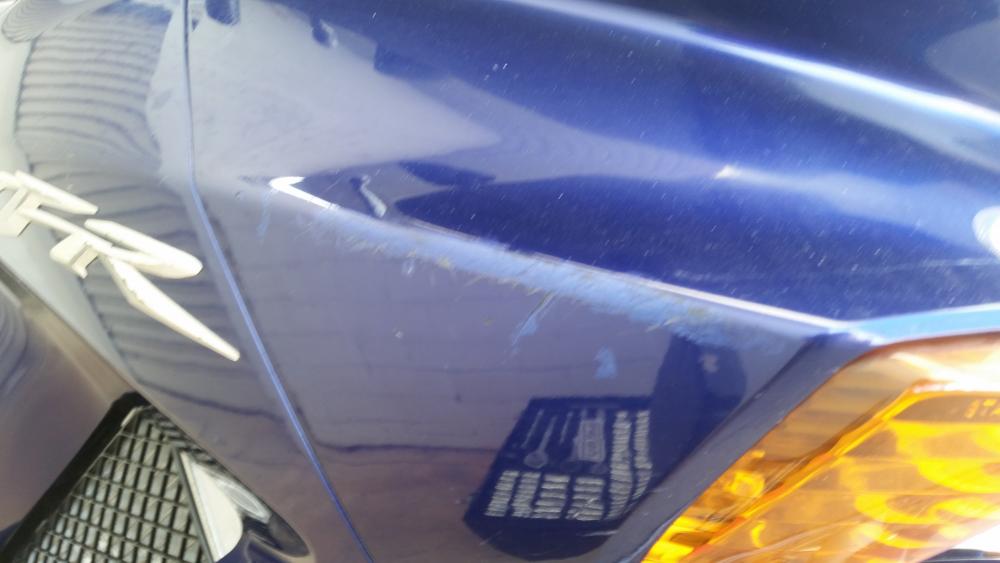 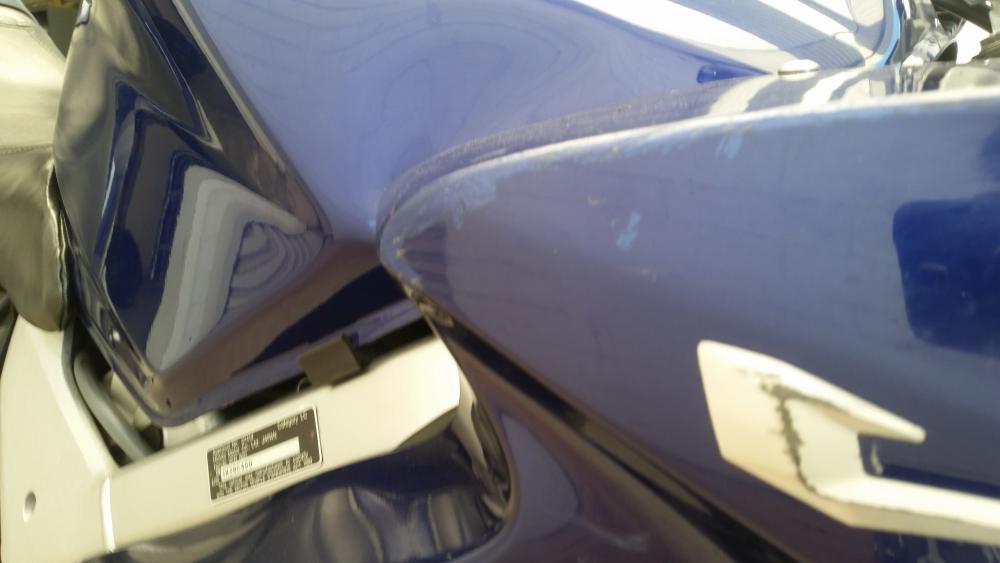 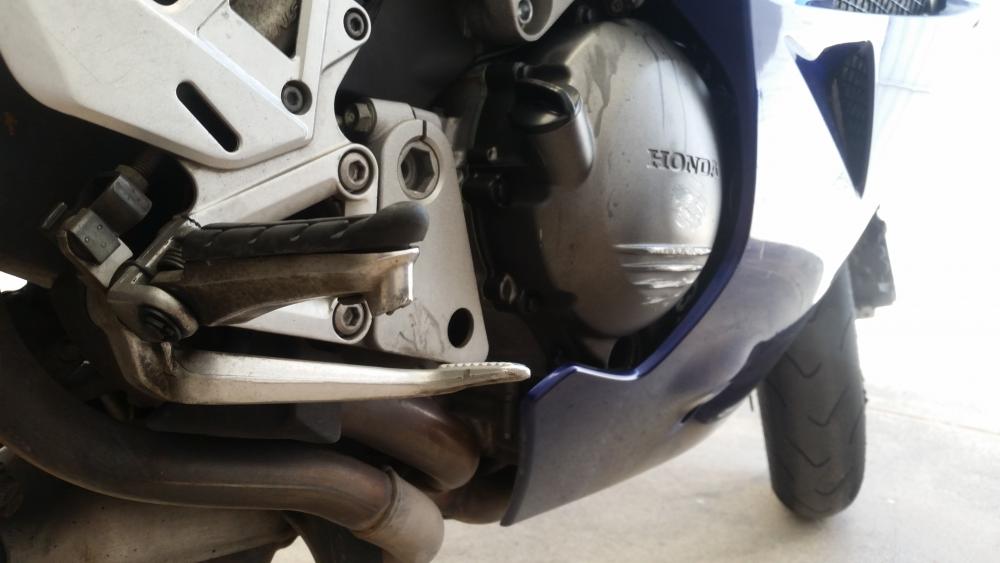 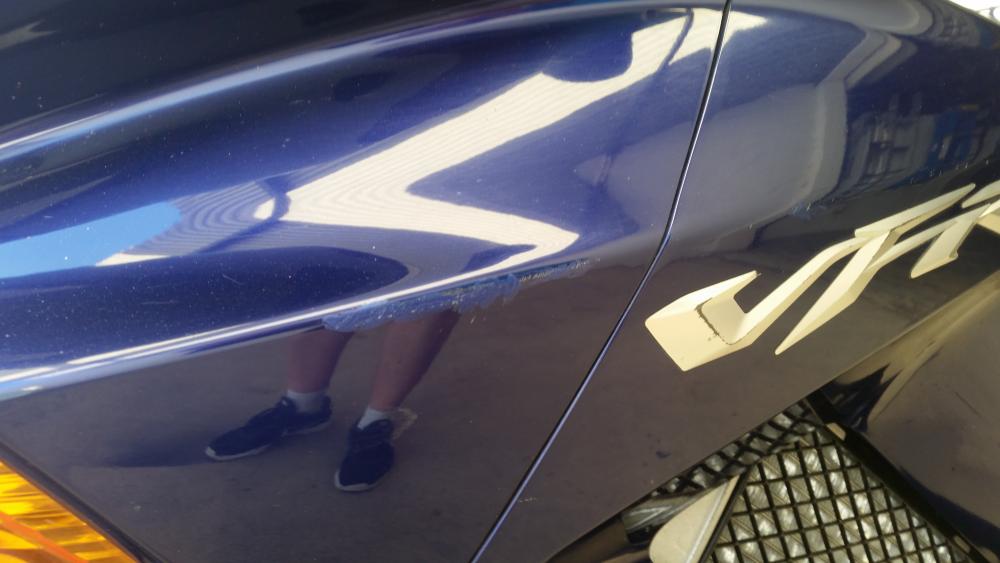 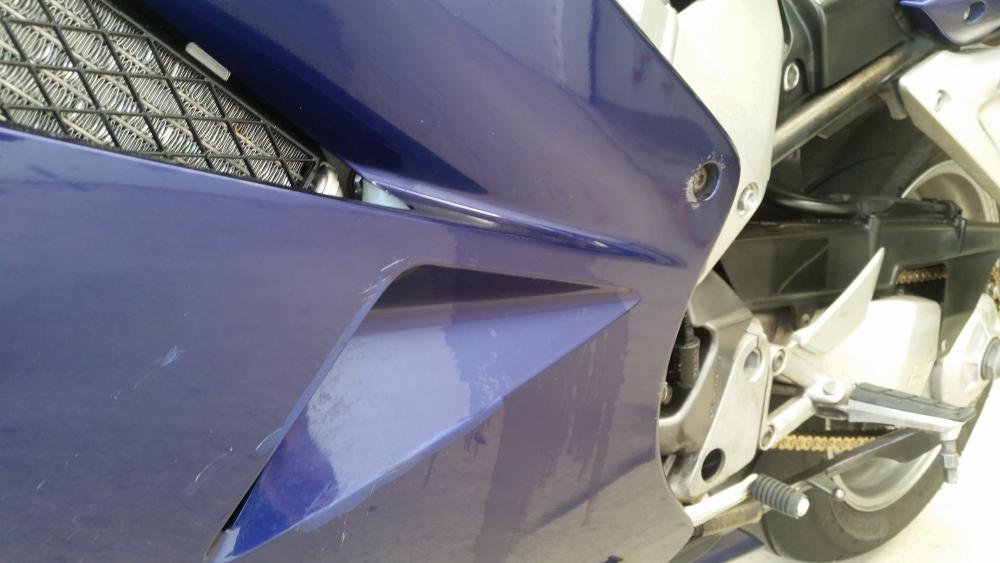 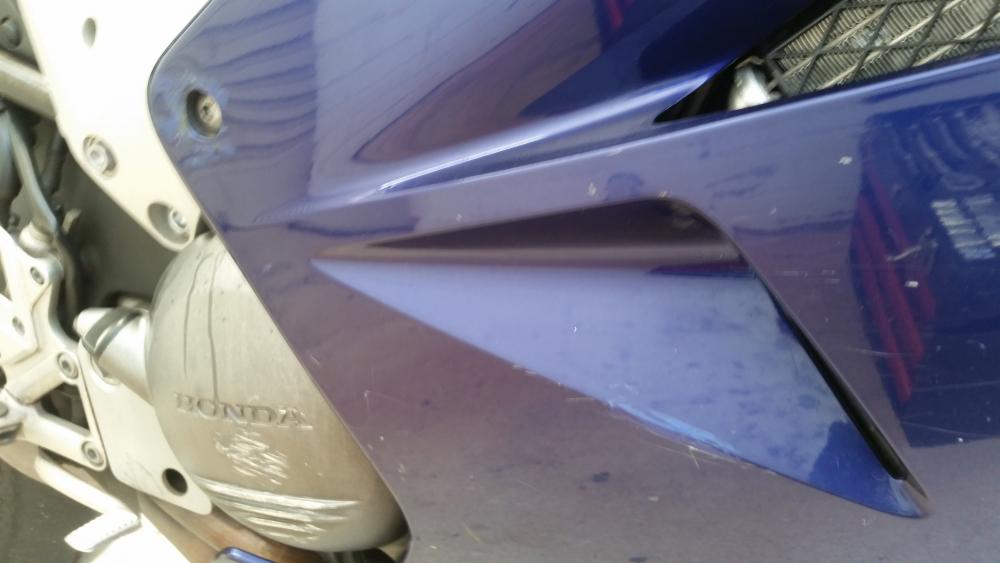 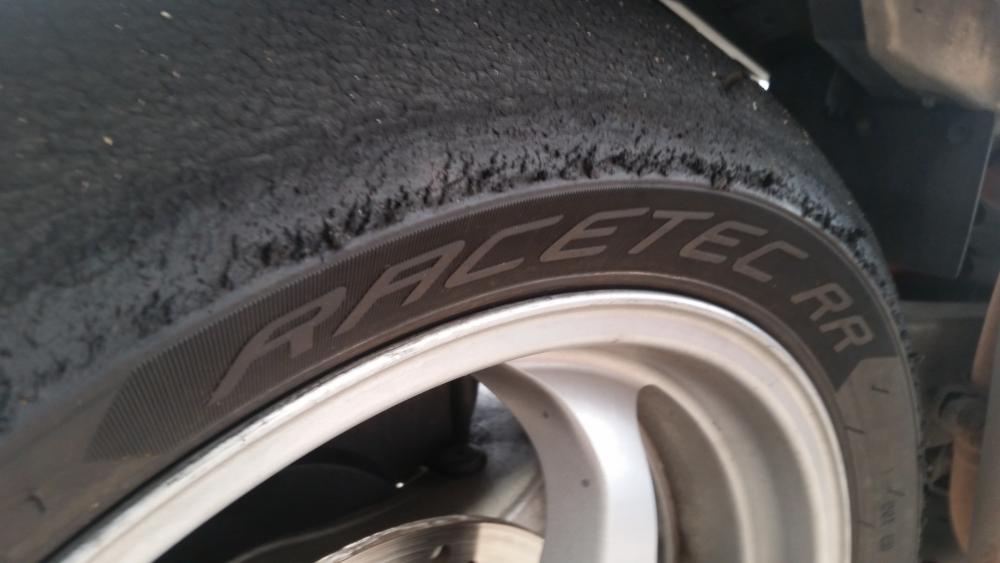